The Chatsworth Estate opened its doors and its grounds to the Royal Horticultural Society's inaugural RHS Chatsworth Flower Show in June 2017 for a new show with a style and content unlike any of its existing events. The show's overarching theme was 'Design Revolutionaries', and celebrated the creative genius of gardeners and garden designers of the past, such as Joseph Paxton, as well as the talent and innovative thinking of today's generation of designers.

Nick Mattingley, RHS Director of Shows brought Unusual Rigging on board to construct a replica of Paxton's Great Conservatory, which was built in 1840. Instead of an intricate glass structure, the reincarnation was an impressive inflatable dome expertly constructed by Unusual Rigging in collaboration with Inflate. 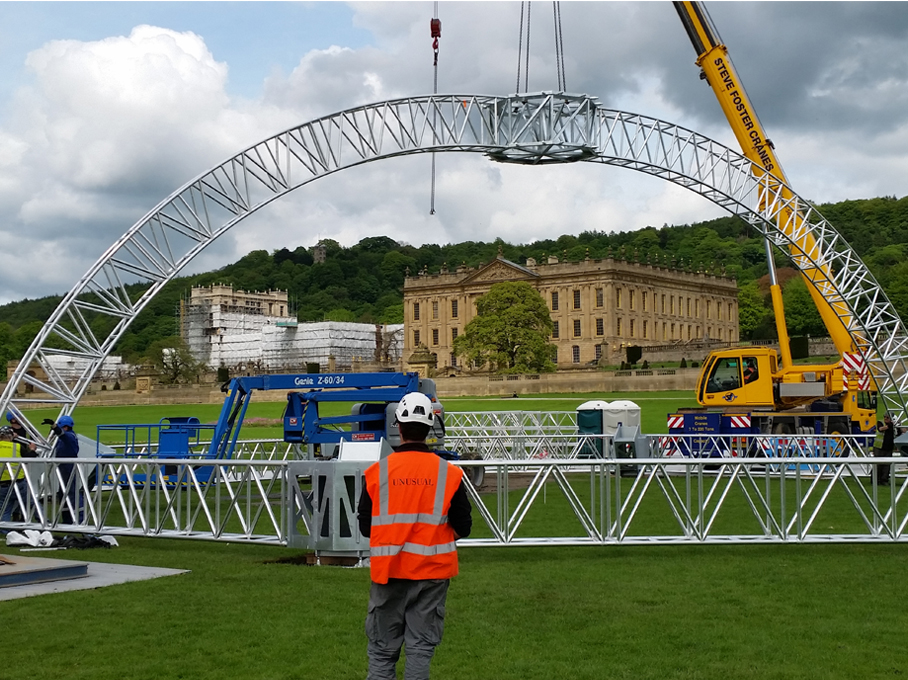 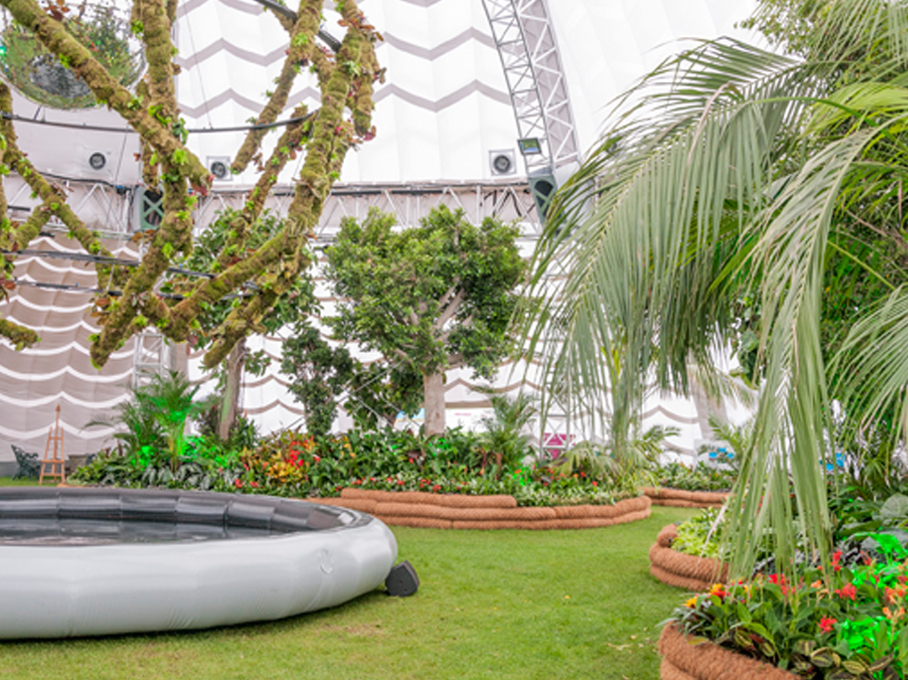 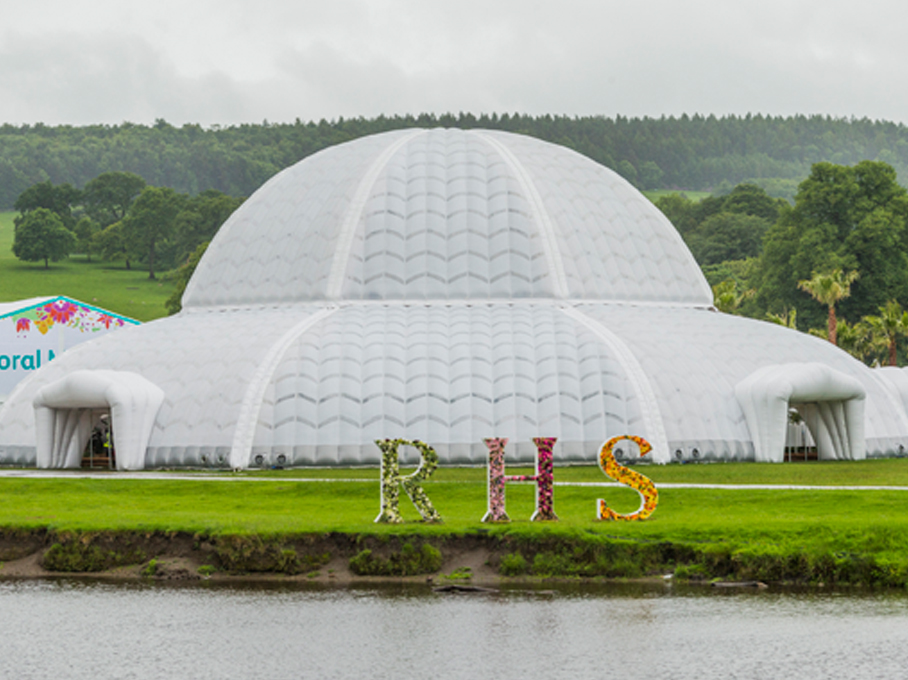 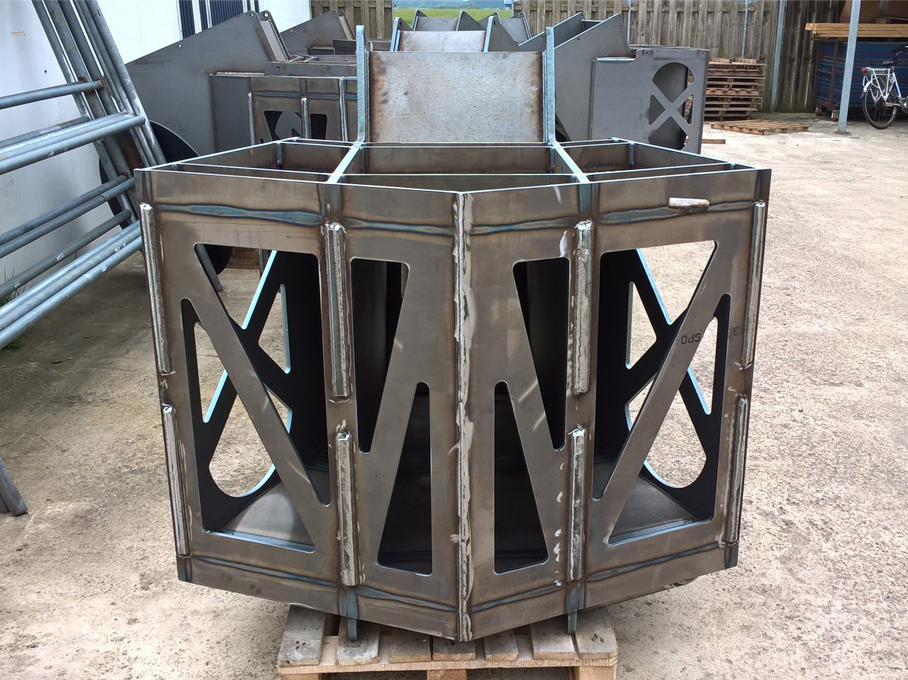 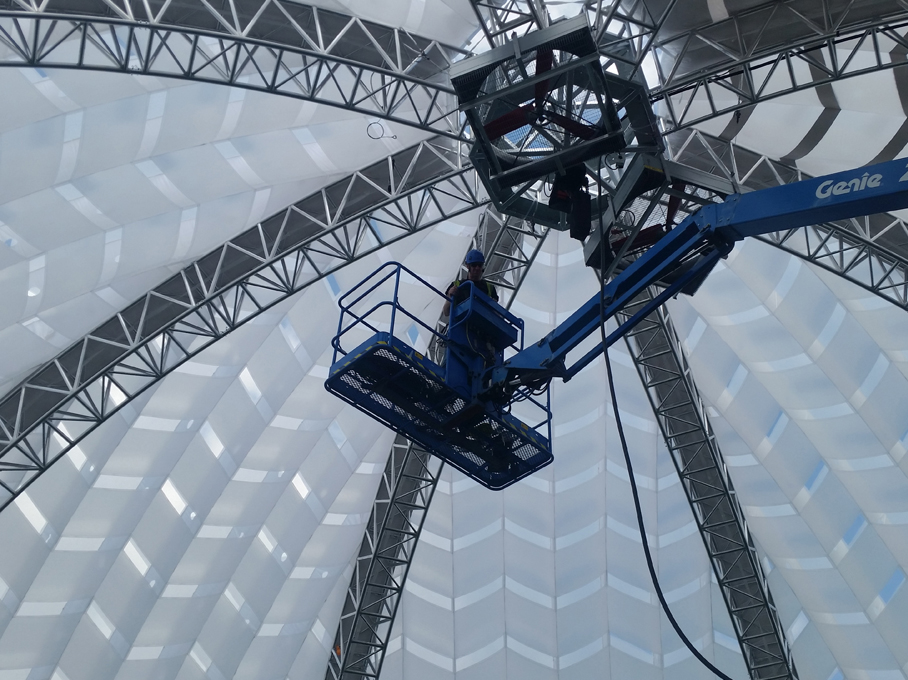