When famous climber Jimmy Chin made an appearance on Good Morning Britain last month, the show's production team tasked host Ben Shephard with the challenge of interviewing his guest while abseiling down the side of the ITV tower. With just five days in which to put the segment together, Production Manager Malika Keswani and the programme's Line Producer Viviana White asked Unusual Rigging to provide rigging gear for the abseil along with competent manned crew to manage the rig.

"ITV has worked with Unusual on various other productions and so we knew we were dealing with a team that knew its stuff," said Malika.  "We scheduled a recce with Unusual's Robin Elias, explaining the nature of the slot and Robin ran with it. One of the key aspects of this job, as a live event, was to ensure the rig was set to perfection from the word go. On live TV, there are no opportunities for second takes and we can't afford for any hiccups on air."

A team of Unusual riggers, led by Robin, set up the kit the night before, coming back at 5am on the morning of filming to commission it. Following a few test descents by a couple of the riggers, it was time for Ben and Jimmy to abseil on camera.

"There was no rehearsal time for these guys," said Robin. "However, we gave both Ben and Jimmy a full safety briefing and instructions on how to use the kit. While Jimmy is an experienced climber, he was not familiar with our equipment.  It was vital that both the expert climber and Ben used the same equipment so that, should Ben have experienced difficulties, Jimmy would have been able to coach him on their descent.  Luckily this didn't happen but we have to factor in how to deal with things, should one of the participants get into difficulty. In the event that we have to step in, we have a system in place that allows our team of riggers to lower the abseiler to safety - if they get stuck or experience an attack of nerves.”

Malika added: "The production team on both ends, ie Good Morning Britain and Unusual Rigging, was extremely competent and made it a very smooth sail. Both Ben and Jimmy were in the best of hands. It has been an absolute pleasure to work with Robin and the team at Unusual and I would highly recommend their services to anyone looking to produce a similar event in the future." 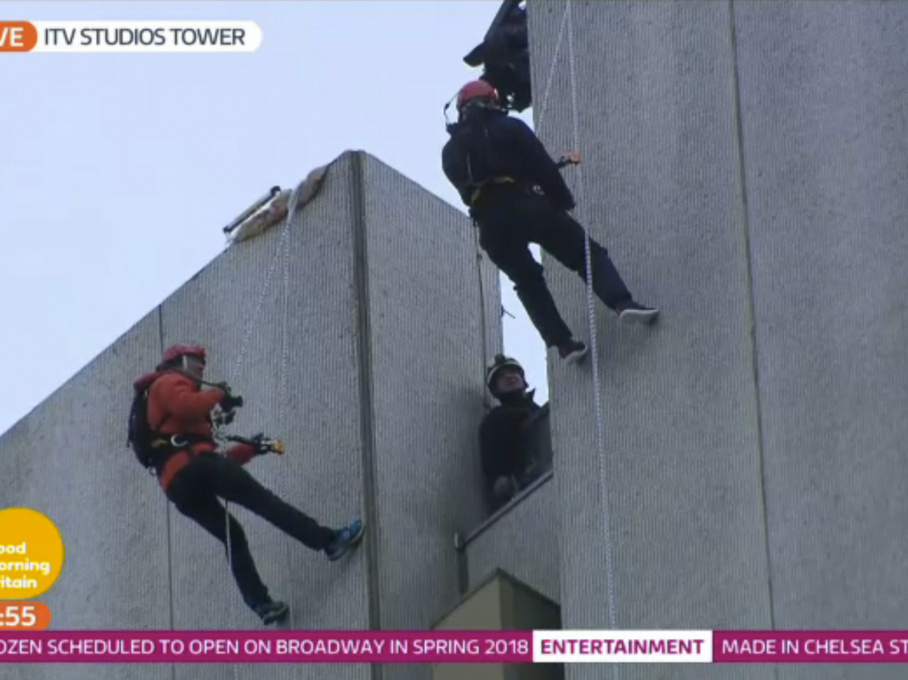 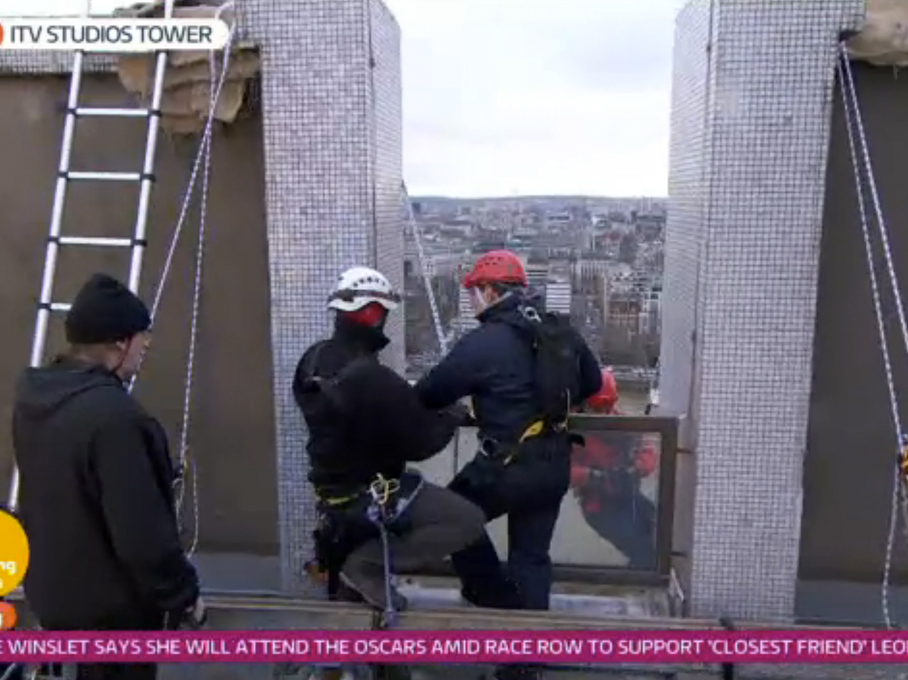 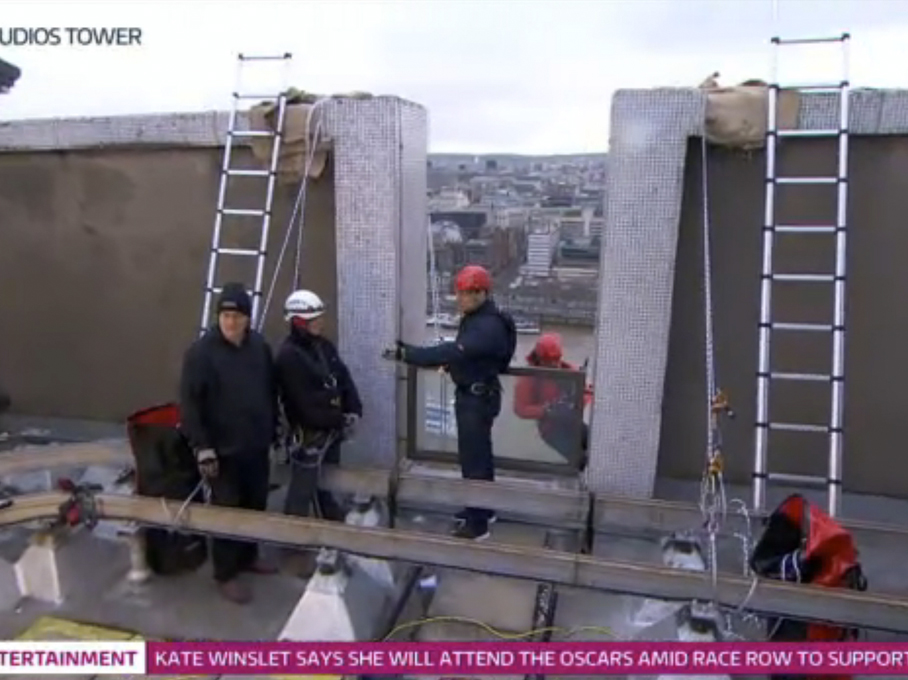