An Unusual way to increase seating capacity at the Bristol Hippodrome

The Ambassador Theatre Group (ATG) is now able to offer more premium seating to its patrons at the Bristol Hippodrome than ever before, thanks to a major refurbishment of the auditorium, which includes a brand new pit lift system installed by Unusual Rigging.

Stuart Graham, head of technical operations at ATG, said: “Having worked with Unusual on other projects, I knew that their knowledge of the venue, in particular the basement and the challenges that come with that, meant that for us they really were the only people we felt could tackle this job with confidence. They understand the structure of the building and we believed this knowledge would help ensure the project was brought in bang on budget.”

Mike Goodwin, capital projects manager at Unusual Rigging, explained: “We were asked by ATG to quote for and then design and install a pit lift system into their existing orchestra area sub-stage. On the face of it, this seemed a relatively straightforward job. However, a subterranean water course runs directly beneath the orchestra pit, which was enclosed with timber decking by Unusual over twenty years ago.”

As a result of this, the water level varies depending on the outside conditions, and in order to ensure that the lift machinery isn’t flooded and doesn’t come into contact with the water during any potential flood, Mike and his team had to devise a solution that would ensure the system remained safe and dry, without the need for tanking or any similar water management. “We took the Serapid link lift system and inverted it. We knew we needed something that was strong and had a good lifetime service, but we also needed to be able to turn it on its head, so to speak. Normally motors for a lift system would be on the floor on a concrete base, driving the lift up and lowering it down. However, with this particular system, the motors and the drives etc are tucked underneath the lift itself, facing down, and work by pushing themselves and the lift table they're attached to, off the floor, and away from the water.”

Unusual installed sensors in the water course which activate a warning system and, if the water rises above a certain level, the venue is informed and is able to raise the lift and all the machinery out of the way.

Mike continued: “The area in which we worked was extremely tight. To get in the weight loads that the client wanted, we squeezed everything we could into a tiny space. The work was undertaken in two phases – the first during a dark period and the second while a production took place, which meant lots of early starts for the on-site team so that we could get the work carried out before the 2pm matinees.” The dark period was used by ATG to carry out other projects in tandem with the engineering works, such as refurbishment of seating, carpets, LED lighting and improvements backstage.

Peter Tovey, technical manager at the Bristol Hippodrome added: “What Mike, along with Ian Leatherland, Unusual’s design engineer and Gavin Snelling, site manager for the project, have done, is not just create easier access for the orchestra to load all the equipment, but their efforts have seen us succeed in creating an extra 28 permanent seats in the auditorium. The Hippodrome is a big theatre, but also an extremely popular one. Being able to reshape the pit and increase premium area capacity has been a fantastic bonus.” As well as easier handling for load-ins and outs, the project has also resulted in much improved facilities for visiting companies.

Along with the permanent extra row of 28 seats, ATG can add another 18 seats when the production does not require an orchestra. “We can bring the pit level with the auditorium floor and add the extra seats, significantly increasing our revenue per show,” said Stuart.

The finishing touch was the installation of the pit rail. “We wanted to be able to keep the look of the auditorium just right. Despite all the complex work that takes place below stage level, none of that is seen. For the investors and senior people involved in this project what they actually see is the rail. Unusual ensured every last detail was perfect and finished it to an outstanding standard,” Peter explained.

He concluded: “Unusual understands what we do. They also appreciate what the producer wants, and while the theatre is operational when such projects are taking place, this is really important. They have a real understanding of stage machinery, which is critical to us, and a clear construction side – with a project manager who can pull everything together.” Stuart agrees: “Their on-site teams are fantastic, getting on with the jobs and getting over all the hurdles that such projects throw at them in a ‘can do’ way. The quality of finish you get makes you realise these guys are not only riggers, but also engineers – you really get the full package.” 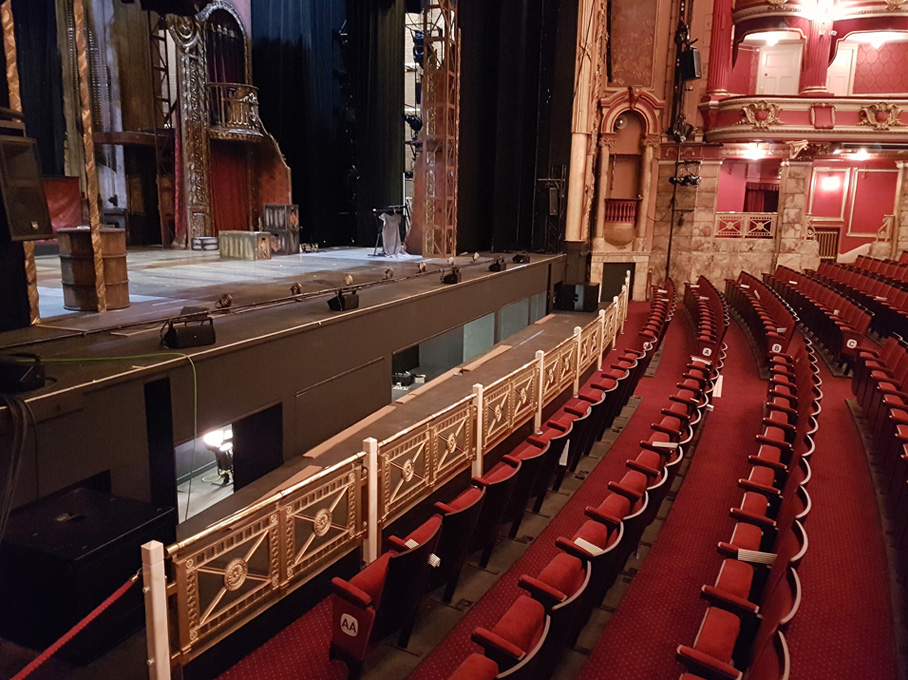 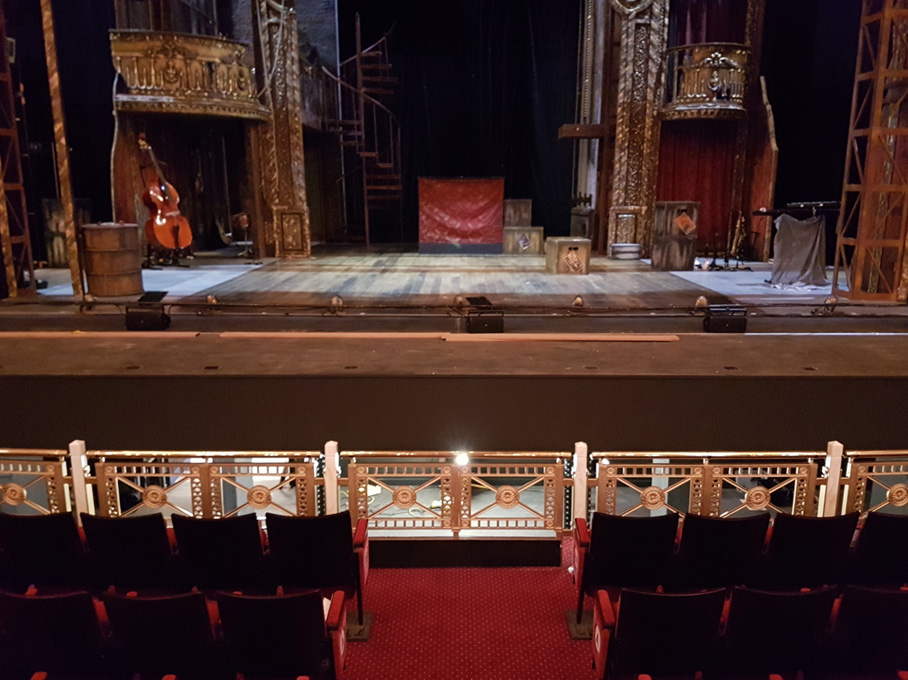