As Ant & Dec’s Saturday Night Takeaway reached its series finale on Saturday April 5, Unusual Rigging was once again brought on board to ensure that the last Ant v Dec challenge of the season was the most spectacular yet. Having already worked on the seemingly death defying Men on a Ledge challenge earlier in the series, Unusual’s Robin Elias and the ITV production team knew they were going to have to pull out all the stops to ensure the last challenge – The Decider – would be the best yet.

In what was described as the most demanding and ambitious challenge Ant & Dec have faced, the Geordie duo were confronted with a controlled free-fall down the ITV Tower building’s lift shafts, stopping at various floors on the way down to complete tasks associated with some of the channel’s top shows.

Speaking of the brief presented to Unusual, Robin said: “The ITV production team gave us just three weeks to plan, design and execute the stunt. We were asked to design, install and operate a system which would allow the two hosts to descend 85 metres down the 22 storey lift shaft, exiting at the 10th floor to play a game of ‘The Cube’, then exit again on the 5th floor to pull three pints at the Rovers Return, before finishing their descent quickly but safely – without having any riggers in shot – and that’s no mean feat!”

Where there’s an Ant & Dec challenge, there’s also, of course, a challenge for Unusual. “Nothing about these ‘stunts’ is ever straight forward,” continued Robin, “For example the other lifts remained in use throughout. We were making changes to the challenge and fine tuning every last detail right up until the last minute. Safety as always is our number one priority and is always guaranteed. The difficult part is making it safe but creating the illusion of danger – although the commentator helps with that – informing the audience that Ant & Dec must do all they can to stay away from the sides of the lift shaft and avoid collisions with electric cables and the steel wires, saying ‘they hinder and hurt’.”

“Obviously,” continued Robin, “I can’t divulge how we went about creating this magical illusion – it’s all top secret! But the important thing is that the stunt was executed brilliantly, ITV are over the moon and Twitter has been awash with comments. In fact it’s been described as ‘the most audacious and ambitious stunt on TV to date’. We at Unusual Rigging always like to hear comments like that – it means we’ve done our job well.”

"We were asked to design, install and operate a system which would allow the two hosts to descend 85 metres down the 22 storey lift shaft" 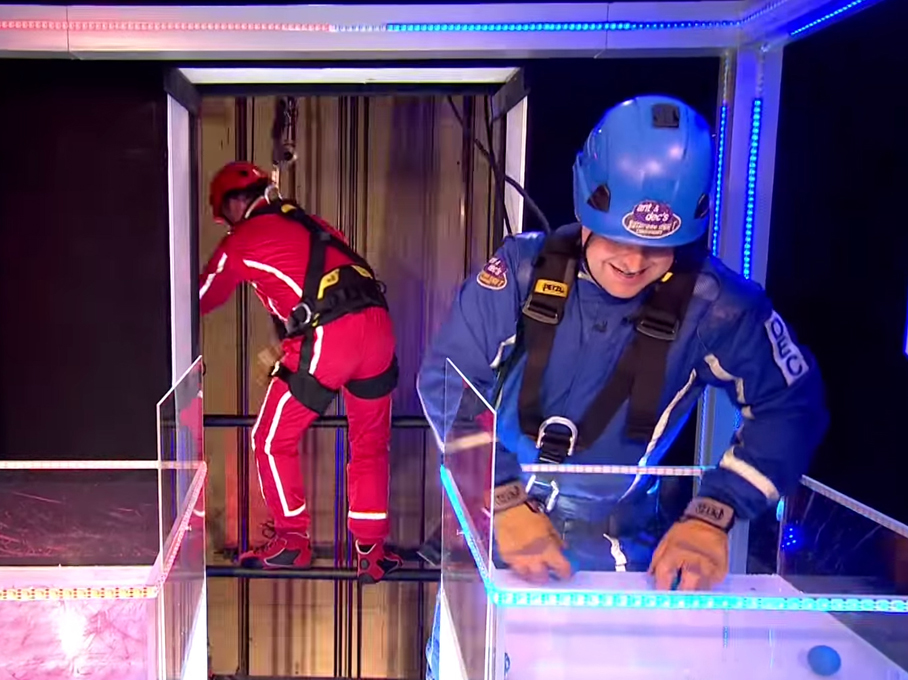 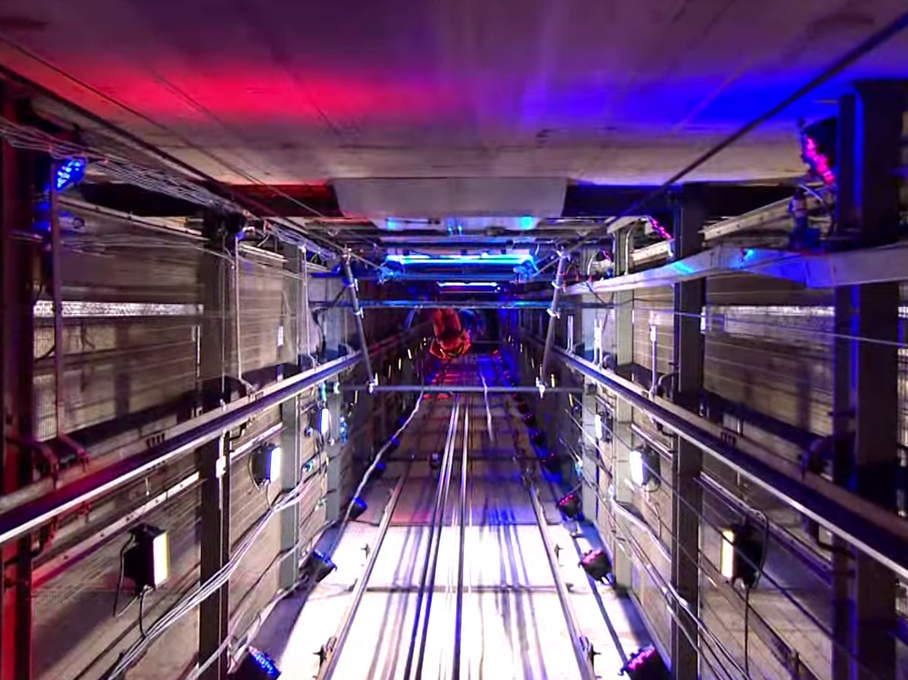