A large sports and entertainment centre situated in Titanic Quarter and the Waterfront in Belfast, Northern Ireland, the Odyssey Arena plays host to all manner of events, from major rock and pop tours to theatrical productions, conferences, sporting events and exhibitions.

Despite attracting top calibre artists and events, Brian Campbell, event services manager at the Odyssey Arena said: “The venue, which opened in 2001, is always looking at ways to evolve and to keep up with the demands of the events industry. We wanted to make ourselves more flexible, with smaller half hall formats and theatre formats, so we sought the help of the professionals and called in Unusual Rigging.”

Working alongside drape company Acre Jean, the Unusual team, headed by Robin Elias, put together a spec for the installation of runner beams in the venue which could cope with the span between the super-structure beams and be flexible enough and user friendly enough to allow the venue to adapt and change its format more efficiently, while looking more pleasing to the paying customers’ eye.

Robin said: “The venue already had a full width back drop and a proscenium consisting of a suspended truss with border and legs. By designing and installing a system that would enable them to roll the entire masking arrangement up and down the venue, the Odyssey is in a better position to attract shows of different sizes and be able to change the effective size and capacity of the venue quickly and with little cost involved.”

Unusual designed and installed 8 x 50m tracks running the length of the venue, with a number of trolleys on each. They were also able to come up with a solution for the amount of points Brian required to accommodate his four cross hall trusses simply by de-rating the 500kg motors to 350kg motors.

Brian commented: “Unusual were very professional and I had total confidence in their design and the technical aspects of the job. The guys on site were very helpful and, working in conjunction with the House Rigger, were easily able to overcome the unseen obstacles which always flag up on jobs like this. We are delighted with the engineering and the flexibility the system allows us. To be honest it’s a system I wish I’d have had 14 years ago when we first opened.”

"We are delighted with the engineering and the flexibility the system allows us." 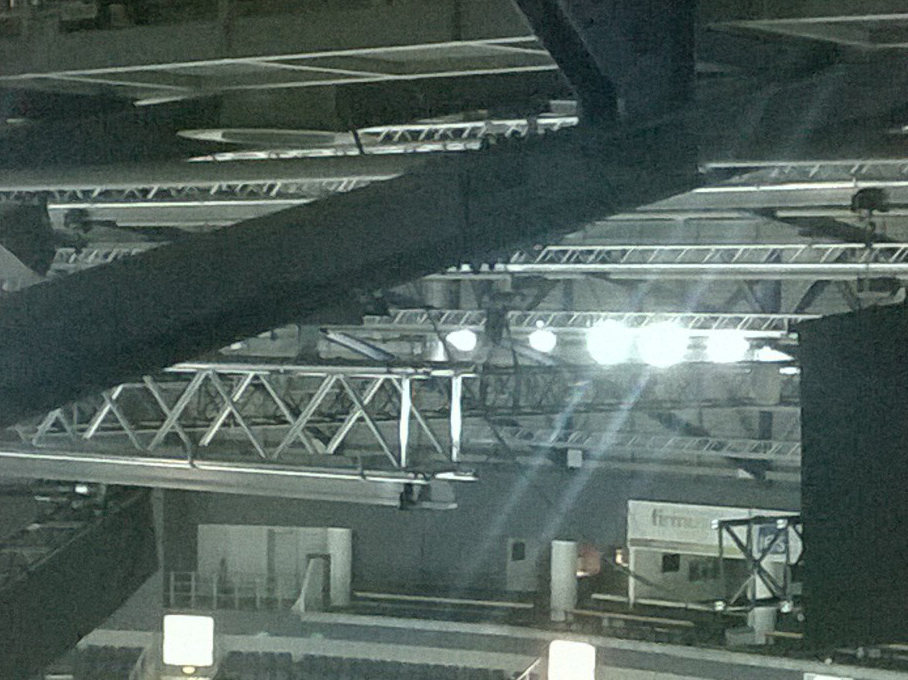