Bringing legends to life in the most Unusual way

It promised to be the most spectacular British Military Tournament to date and it didn’t disappoint. In front of an audience of thousands and HRH the Duke of Cambridge, the Tournament presented dramatic re-enactments, nail biting high speed chases and daring stunts. And as show organiser Nick Mattingley of IMG explained, none of it would have been possible without Unusual Rigging on board.

“We have a somewhat historical relationship with Unusual Rigging. Four years ago, IMG approached Earl’s Court as we wanted to stage a reincarnation of the Royal Tournament and Unusual Rigging was recommended as a company that would oversee the project from the technical stunt side of things. We have worked with them every year since and as the technicalities behind our stunts become more complex, we are certain that none would be possible without the Unusual touch.”

While the shows have always been astounding, with the future of Earl’s Court as the event’s venue in question, Nick was determined that this year’s would be the most visually stunning yet and working with the Unusual team, he devised a rather complex brief which Unusual’s production assistant Jim Dugan and his team then had to turn into a reality.

Jim said: “The British Military Tournament is a highlight of the Unusual Rigging calendar, not only because it’s an excellent charity event but because it never fails to throw new challenges at us and that’s always an exciting position to be in.”

This year’s theme was ‘legends’ – Lord Nelson, Laurence of Arabia, code breaking at Bletchley Park and a cyber attack led by pirates in a north African state all featured, but Nick explained audiences want more than a simple re-telling of a story. “Today’s audiences, especially the younger members, expect to see things come to life – a re-enactment is not enough to engage them and this is where Unusual comes in – making all the trickery and stunts possible and plausible.”

This year, a Lynx helicopter was rigged to fly into the arena and on arrival, four marines abseiled out, swiftly followed by another two abseiling from the roof of the arena. The little-known-about full sized Olympic swimming pool at Earl’s Court also played a major part, with a U-boat submarine present at the start of the show. A UAV drone supplied by Boeing was rigged to fly across the arena, while four runs of flags were winched up to demonstrate the telegraphic signals of the marine vocabulary to read Nelson’s famous flag signal; “England expects every man will do his duty.”

Jim added: “The learning curve on this show over the past four years has been incredibly interesting. For this particular show we’ve installed over 500 metres of truss and have been flying all sorts in – field gun walls, 6m x 9m projection screens, a Boeing Scan Eagle, a Lynx Helicopter – as well as a massive quantity of lighting and sound equipment.”

Nick concluded: “Yet again Unusual has succeeded in surpassing all expectations to make this year’s British Military Tournament an unforgettable show. Their expertise is essential, from the minute we sit down to discuss our plans at the start of the year to the months of planning, weeks of installation and the event itself. Unusual has never told us that our plans are impossible. IMG visualise and Unusual, without fail, figure out how to get it done. We work as a team blending creative and technical expertise and if there are ever restraints, Jim and the entire Unusual team are always happy to find a way to get the creative ideas across. This is where Unusual Rigging stands head and shoulders above its competitors – they find a way to make the impossible happen.” 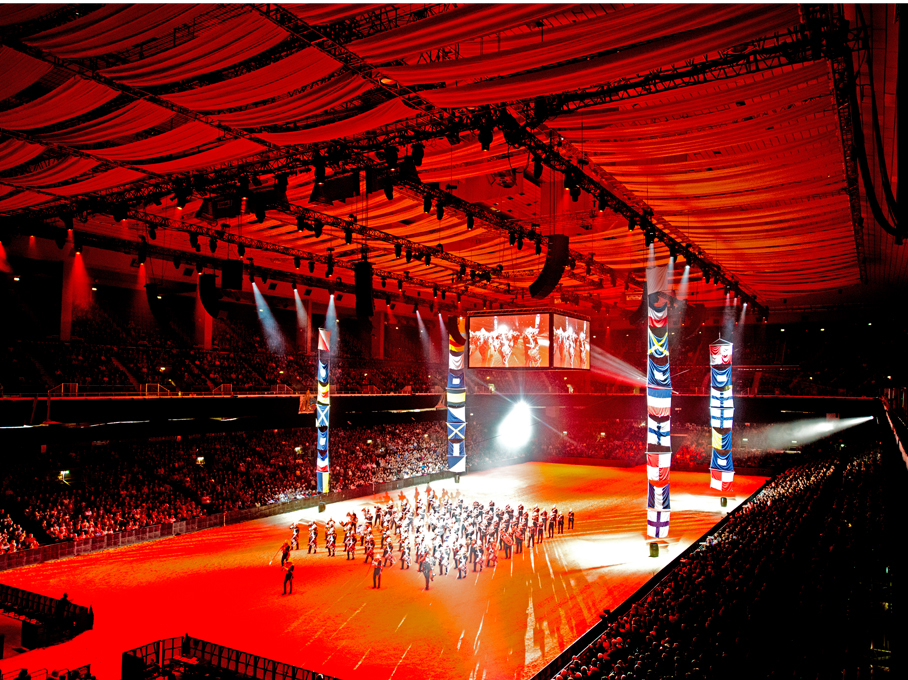 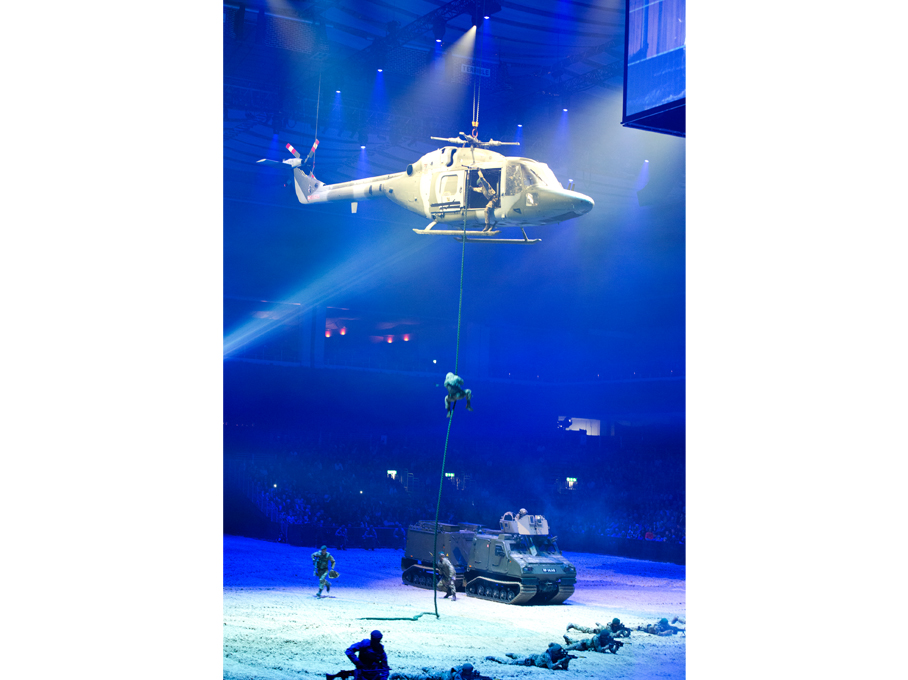 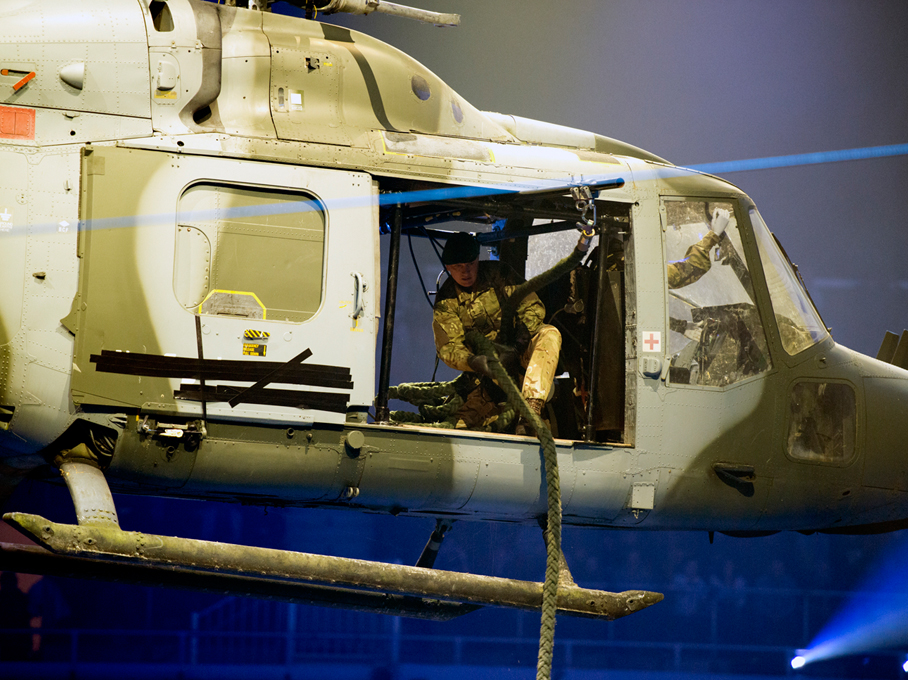