Moulin Rogue opened at London’s Piccadilly Theatre in January to rave reviews. Baz Luhrmann’s revolutionary film has been brought to life onstage – described as a theatrical celebration of truth, beauty, freedom and – above all – love. The intimate theatre has been transformed into a world of splendour, romance, eye popping excess of glitz, grandeur and glory – with Unusual Rigging brought on board to help create a world where Bohemians and aristocrats rub elbows and revel in electrifying enchantment.

Jeremy Featherstone, senior design engineer, Unusual Rigging explained: “We were contacted by production manager Matt Towell to help bring this extraordinarily heavy show into a relatively small venue. The idea was always to create the feeling that the audience is involved in the show – a recreation of the intimate feeling of being at the actual Moulin Rouge. The production weighs in at over 23 tonnes, but the Piccadilly’s grid was only really equipped to deal with half that weight – so we needed to come up with a workable solution.”

With Unusual’s Emily Egleton managing the project, the result was the installation of six aluminium trusses bolted into two walls of the theatre both up and down stage. These have been fitted with hangers which take a load out of the grid and into the walls of the theatre. “We have done this with temporary truss rather than a system bespoke to the venue as we needed it to happen quickly, and the building didn’t lend itself to massive steel work. It also had to happen during fit up – there was no pre-rig or quiet time.” said Jeremy.

As the Piccadilly’s flying system is relatively old, it can only pick up 250kg per set and as such a lot of Moulin Rouge’s scenery is flown on big winches which are picked up directly, rather than counterweight. Unusual installed spreader beams which hang off the trusses and turn it into a solid structure to pick the pieces up. However, to support the winches the team had to install a massive platform on legs to the back wall. “We put 4 big winches on a platform, ten metres above the stage, each weighing half a tonne to prop the stage,” added Jeremy. “More compression trusses as upthrust would have lifted everything off the ground so we turned the grid, stage and substage into one structural compression beam.”

On top of this, the counterweight flown scenery uses up 36 of the 38 available counterweight sets with a lot of that diverting at grid level. “We pretty much filled the grid,” said Jeremy.

When Unusual was working on Phantom of the Opera at Her Majesty’s Theatre last year, the venue was dark due to COVID. This wasn’t the case with Moulin Rouge which proved to be significantly more challenging. Structural work took 3-4 days with the Unusual team installing brackets, then grid work, and finally the aluminium trusses once most of the grid was down. Before anything could be flown, Unusual had to check the aluminium was just right – a balancing act with tensions and springs – to make sure all elements were working together.

In addition to the flying system and grid work, there is also some side lighting sitting on separate trusses that go above the fly floors, another set of winches and diverts and lighting ladders which come out of the fly floor. “We were unable to use chain hoists as there was simply not enough room, so they sit on truss with winches on top with pulleys etc sitting inside.” Jeremy continued: “ Part of the brief was to create a nightclub atmosphere in the Piccadilly theatre so there is a grid of truss over the auditorium too with seven tonnes of weight in it which houses various lighting and effects. The famous swing is achieved front-of-house over what would normally be the orchestra pit. We also helped with lifting the elephant and the windmill to get them into the boxes of the auditorium.” 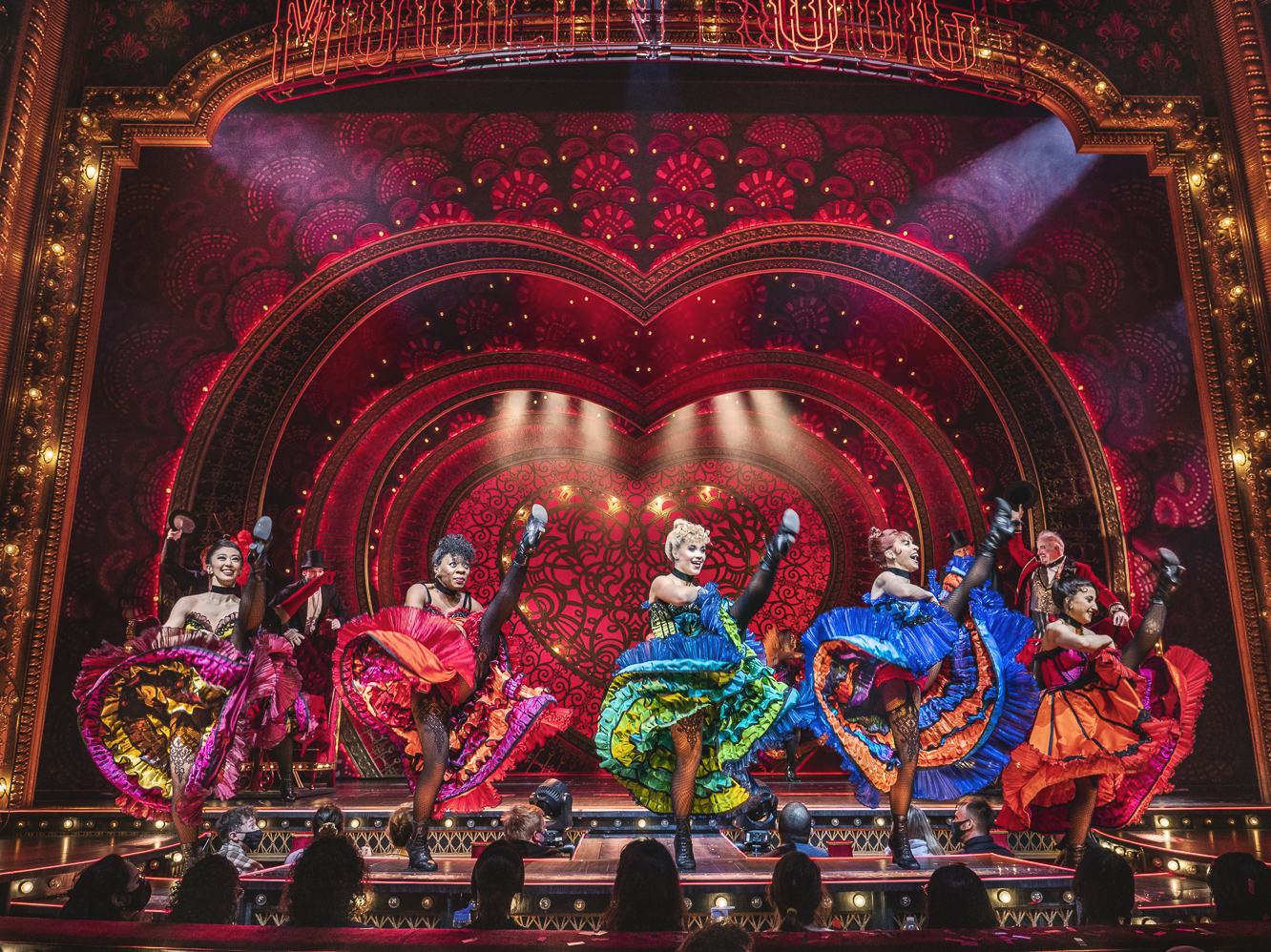 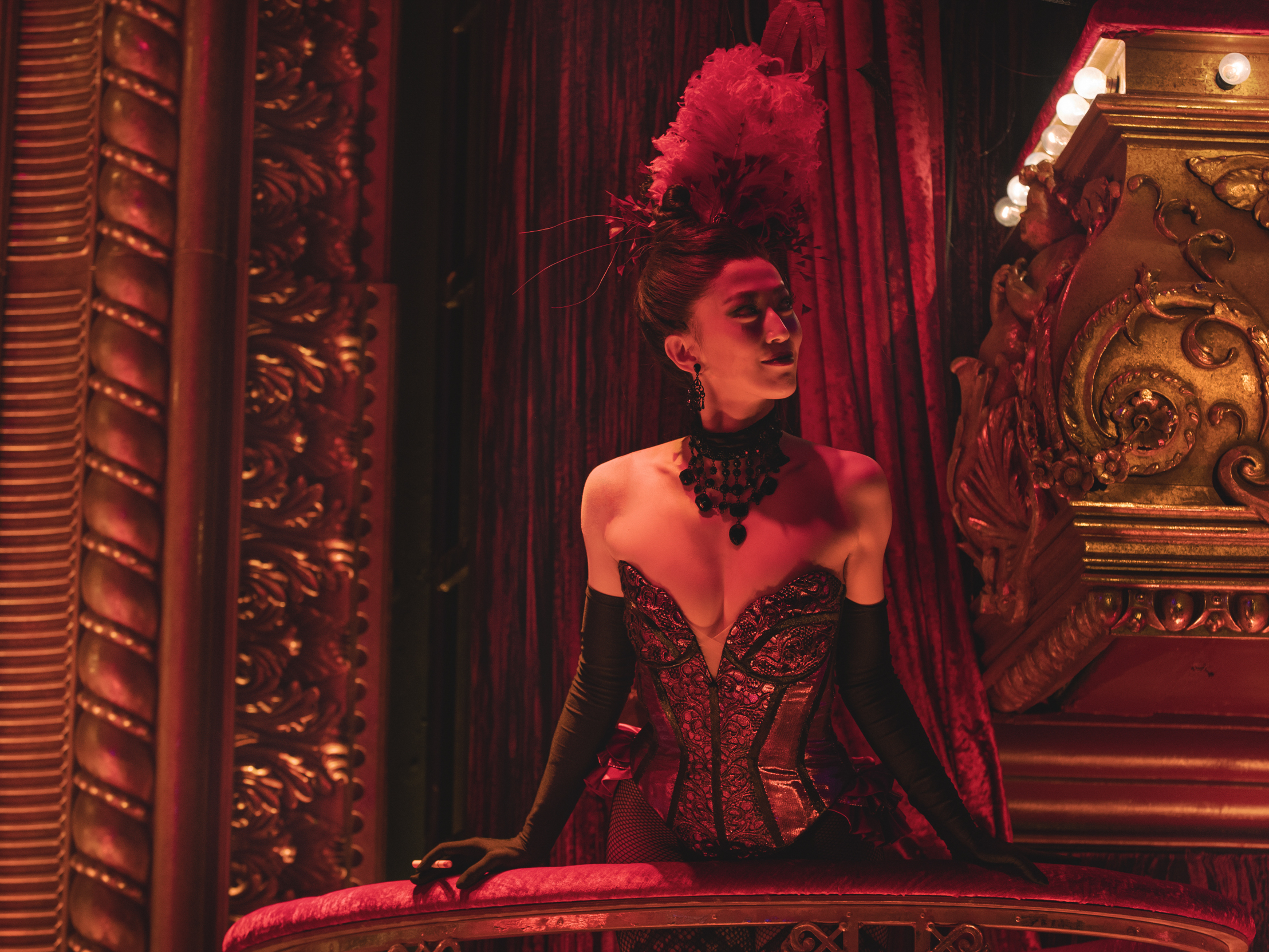