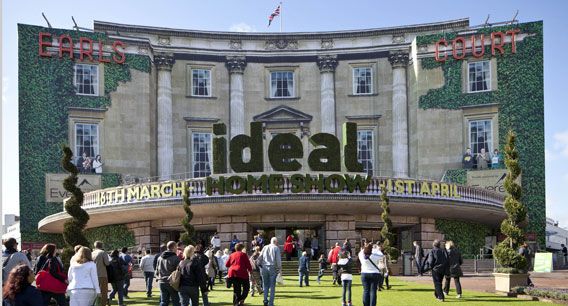 The graphics, designed by Justin Southgate of Southgate Design for Media 10, feature both horizontal and vertical 2D architectural detail, so the Unusual Rigging team recommended keeping the printed mesh fabric panels as large as possible.

The central panel is the largest, measuring 30m x 20m and weighing a total of 335kg including accessories, while the side sections are made up of three panels. The outer panels are wrapped tightly round the sides of the building, and sheeted as close to it as possible, with tight guy lines to prevent air pressure getting underneath the facade and stressing the installation.

Six riggers, plus a monster cherry picker, took five days to complete the majority of the installation, and a further six riggers were needed when it came to hauling the central panel into place. Although the boom met the working height, it couldn’t reach the centre of the installation, so abseiling was used for the final touches.

Justin Southgate says: “I’ve worked with Unusual Rigging for close on a decade and they have always been thorough and efficient, working out the most cost effective method for rigging whatever mad scheme we throw at them!”

For the show inside Earl’s Court, Unusual also installed 212m truss, 27 hoists and 170 points, as well as various banners and branding.