London's Regent Street celebrated the start of the festive period on the 17th November with the official switch on of its famous Christmas lights. This year's display, described as a throwback to Regent Street's first set of Christmas lights which went up in 1954, has been designed by James Glancy Design, who in turn contracted Unusual Rigging to work alongside them to fulfill all their rigging requirements.

Paula Gordon, senior project manager at James Glancy Design, explained: "Paul Dart, head of design at JGD and the designer of this year's lights, wanted to create a stunning concept based on a contemporary Spirit of Christmas theme, whilst staying in keeping with an elegant and traditional look, honouring Regent Street's time honoured yet progressive values. People have commented that the lights seem especially spectacular this year, and indeed the project was incredibly ambitious. Sometimes it can be very easy to lose sight of the design, especially when we have to place such a huge focus on safety. But by enlisting the support of Unusual Rigging, they took that responsibility on board and allowed Paul to focus on creating a successful scheme."

Following several meetings earlier in the year, Unusual Rigging was given the contract to rig the Regent Street Christmas lights for the next three years. The Unusual team, headed by Jim Dugan head of event management, and Adam Sutton rigging crew chief, was tasked with rigging and managing the install/ takedown of the lights, devising suitable solutions for rigging the decorations and managing road closures for the duration of the project.

Andy Cooper Technical Project Manager added: "We brought Unusual on board because of their excitement to take on an ambitious project such as this. It was clear from the first meeting with Unusual that complicated jobs inspire rather than concern them. This, coupled with a confidence in the company's skills, ethos and experience in large scale and high profile projects made it an easy decision for us at JGD to award the contract to Unusual."

Jim commented: "The first thing we had to do was a complete survey of the electrical outlet on Regent Street - as well as testing and surveying all the eyebolts that were already in place from previous years. At the beginning of October we carried out some remedial works, installing or upgrading eyebolts that weren't sufficient for the scheme. This was closely followed by the actual install which ran for 16 nights. During this time, we worked closely with Westminster Council to ensure that the appropriate road closures could take place for work to be carried out safely."

Adam added: "The biggest challenge from a rigging point of view was the fact there was insufficient time to redo the eyebolts exactly as we'd have liked, and so we used nearly 11km of steel wire rope to ensure we didn't pull the eyebolts out! In addition to this, Regent Street is such a wind tunnel, we had to work with the structural engineer to ensure he was satisfied that the system we had designed would work regardless of wind strength."

Paula concluded: "From the first meeting to the last decorations being hoisted into the air, working with Unusual has been a great experience. They have a great work ethic, and are prepared to keep powering on until the job is done. We had complete peace of mind that they had the experience to overcome any rigging problem. We knew the entire rigging and logistics side of the project was in safe hands, and we were confident at every stage that everything was organised to an extremely high standard, fitting within various timelines throughout the year. The client (The Crown Estate) was also really happy that we were working with Unusual, and was impressed by the company's track record and professionalism throughout. We are already looking forward to next year!" 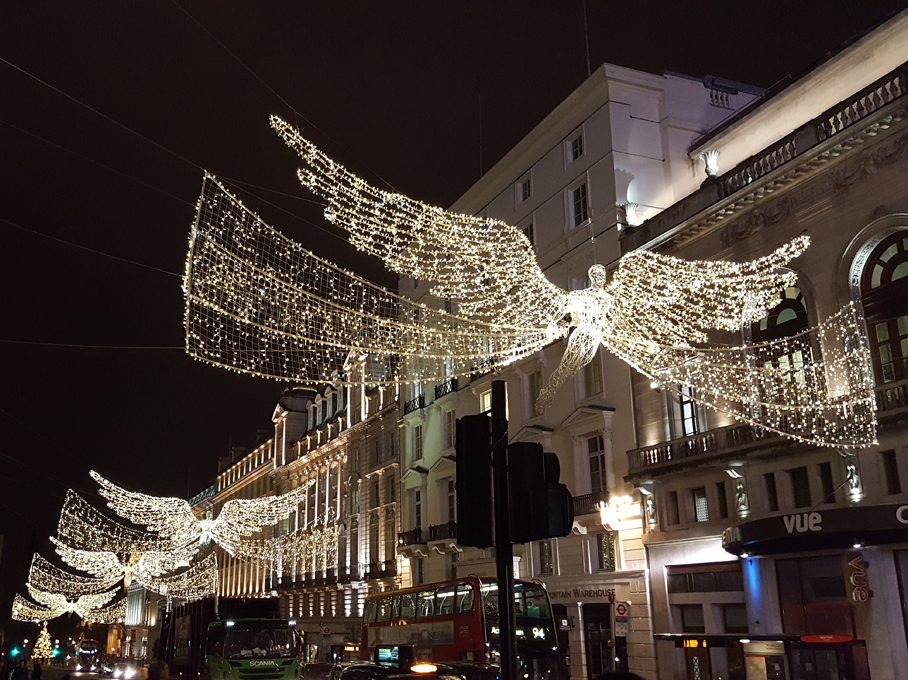