Some Unusual Christmas magic at the Southbank Centre

London's Southbank Centre has been transformed into a wintry Nordic landscape this festive season, complete with a giant Norwegian tree, Scandinavian decorations, and an installation of more than 50 floating Christmas trees, rigged by Unusual Rigging.

Ailve McCormack, site design project manager for Winter Festival, explained: "The balcony installation is one part of the overall site design, which was done by Hemingway Designs. It's not something we have done before, so we needed to know that the companies we worked with were some of the best in the business. Unusual Rigging was recommended to me by a colleague. They got involved after the initial idea had been formed, but before we had figured out how exactly we wanted to hang the trees from the balcony. Their knowledge and know-how was just what we needed at this stage."

The brief supplied by Hemingway Designs was that the trees should appear to float along a balcony. Ailve continued: "That might sound simple enough, but they also wanted to ensure that the rigging was not visible, so the Unusual team came up with a solution, which ensured all the rigging was covered by strategically placed trees of varying heights."

As the balcony is set above a restaurant on the Southbank, the Unusual team had to work around the venue's opening times so as not to distract or deter customers from entering and as such the install was completed over two nights. Ailve added: "Despite the challenges, the Unusual team took it all in their stride. They were happy to work with us to make sure we achieved the desired effect, and were incredibly helpful throughout the entire process, suggesting the best way to achieve our goal. For me, working on such a high profile event, it is vital that the teams I bring on board are professionals, who know what they are doing in these situations. Apart from knowing the install looks amazing, we also have the security of knowing it is also really safe for the public as well. The whole team was a pleasure to work with from start to finish, and I've no doubt we will collaborate on another project in the future." 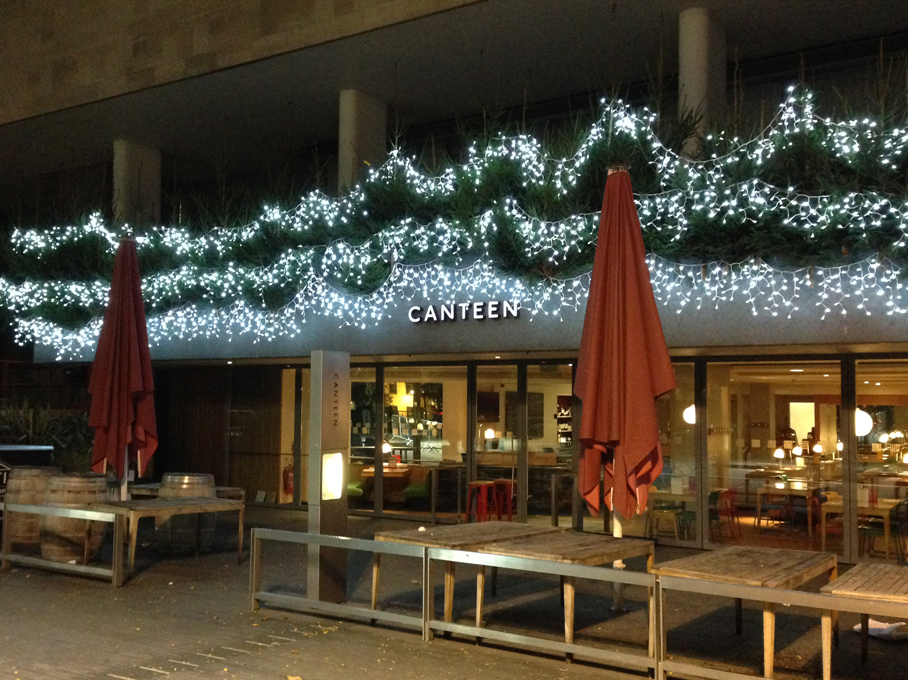