Sports Personality of the Year 2013

Sports Personality of the Year gets the Unusual Rigging treatment

TV and live arena spectacular, Sports Personality of the Year, saw Unusual Rigging apply its technical expertise to a complex and demanding set up. Both a TV show and a live event, this year for the first time, it was broadcast live from London’s ExCel Arena.

Hired by Unspun, whose role encompassed creative consultation, event design and implementation as well as technical production and schedule management, Unusual Rigging not only took care of the rigging needs for the arena itself but also for a hospitality event in The Capital Hall.

On winning the project, Unspun’s project manager, Alex Clayton-Black, and technical production manager, Gary White, set about putting the key supply services out to tender.  They needed to be confident not only in the rigging company’s equipment and project management skills but also in its collaborative spirit, as Unspun was procuring infrastructure for its client’s appointed lighting and sound suppliers as well as its own, and proactive problem solving.

Unusual Rigging bid for and won the contract to supply and install the show rigging, project managed by Unusual Rigging’s Steve Porter. One of the key selling points was the CAD skill of Jim Dugan who Unspun soon adopted to produce the detailed and multifarious technical drawings for the entire event. In the role of onsite production manager for Unspun, Dugan also provided invaluable support to Gary White.

The set, designed by Simon Kimmel, looked and felt more like a live music event than an awards ceremony. Featuring three substantial stages, it enabled presenters to talk to camera while musicians and performers, such as Emeli Sande, set up to play. The dazzling stage, built by Stage One, incorporated LED screens (supplied by Creative Technology), flying set pieces, and a considerable hang of stage and audience lighting and sound.

Porter’s biggest challenge was to gain as much height as possible for the lighting and PA hang as the roof steels are only 10m off the deck. “The amount of truss and number of motors required meant we also had to be careful about planning distribution between this and our other projects,” said Porter. “Adding to the complex logistics was the scheduling of work to be done in a space that was perpetually occupied by a number of other contractors.

“ExCel staff took care of the primary rigging, i.e. attachment to the fabric of the building – then we hung everything off points from that. The motors were used to lift truss for lighting, video screens, tab tracks, emergency lighting, projection units, follow spot chairs and PA.”

Unusual Rigging supplied a mixture of general purpose 500mm square box truss together with Prolyte’s H40V and H30V truss, supported by Liftket two tonne, one tonne and half tonne hoists. The company also designed and installed a small and discrete trussing system to support lighting for the red carpet area. 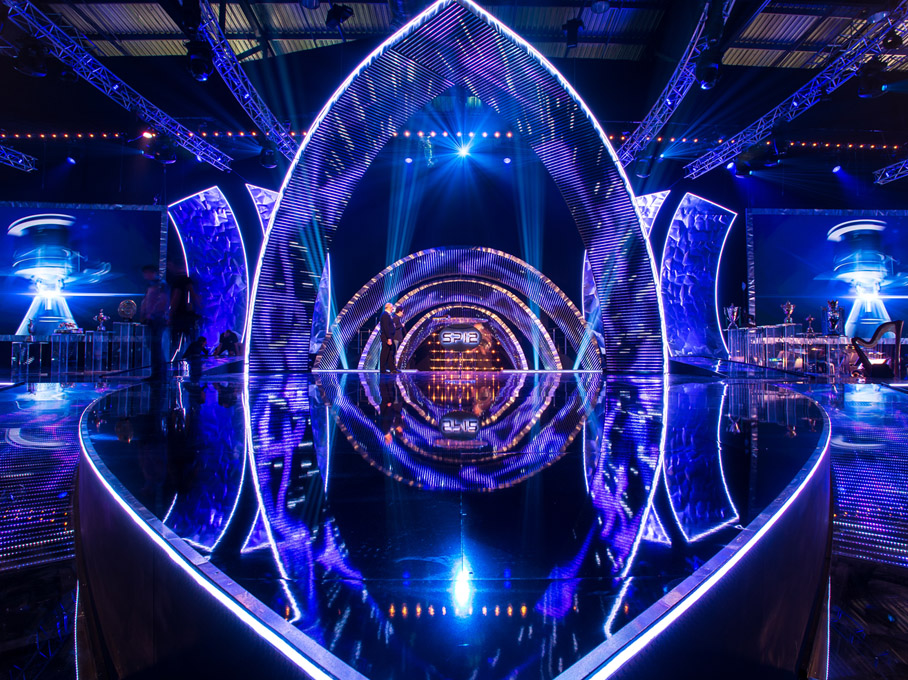 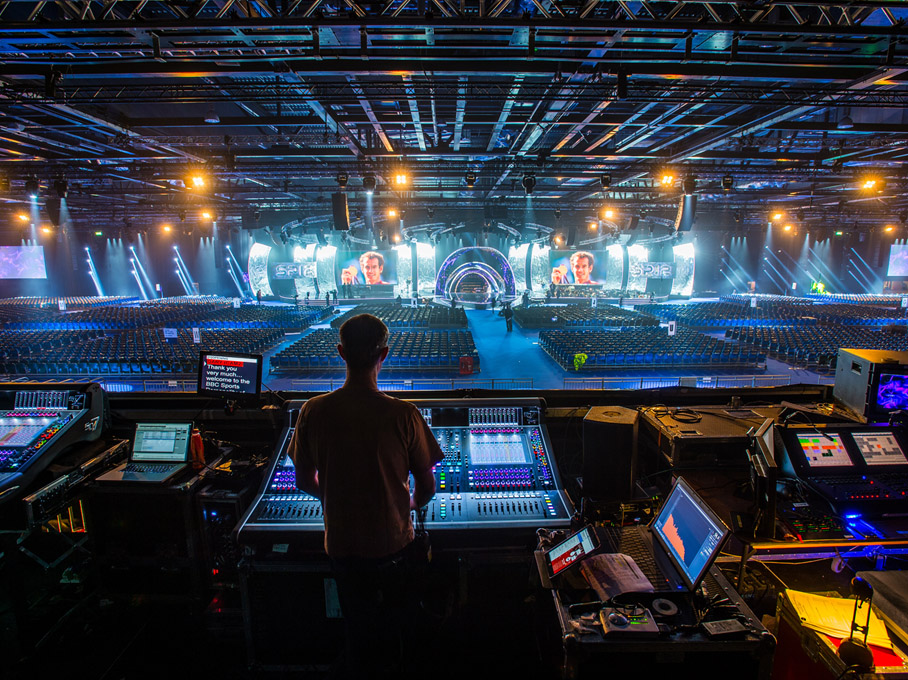 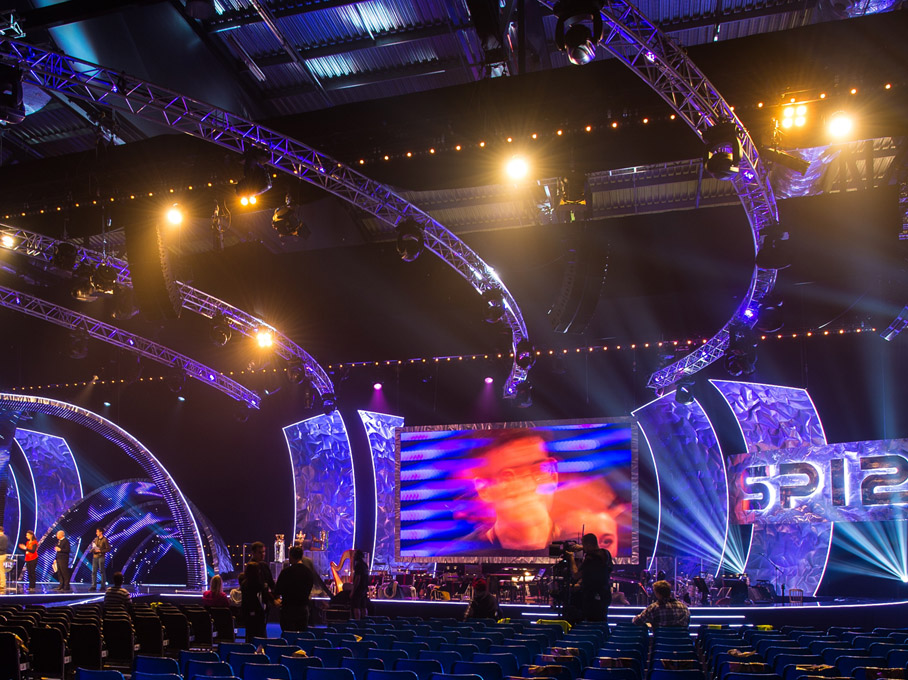