On October 14 Tate Modern’s Turbine Hall opened its doors to the largest work ever created by renowned American sculptor Richard Tuttle. Entitled I don’t know – the Weave of Textile Language, Tuttle’s piece combines vast swathes of fabrics to create a massive winged sculpture. Weighing in at 25 tonnes and measuring 50m long, production manager Jim Leaver faced the incredible challenge of how to suspend the artwork – not just safely over the heads of thousands of visitors, but also to create the illusion that the piece was floating effortlessly in the air.

Jim Leaver, who was appointed by Tate Modern to oversee the construction of the exhibit, brought Unusual Rigging on board to help develop a solution and to fulfil Tuttle’s idea that those visiting the exhibition should “...feel like they’re in heaven”.

Leon Ingram, production rigger at Unusual, said: “This was certainly an unusual project – even for us. The rigging had to be almost invisible – firstly because it was vital that the technology holding the artwork in place didn’t overshadow the hanging exhibit and secondly because the brief demanded that the piece appeared to be floating in air. Happily our wealth of experience in combining safety with optical illusions and working with pieces of art and historic artefacts stood us in good stead.”

“With all the kit in place, the sections were brought in and assembled for us to lift. We stack built the artwork, lifting it when required. There’s always that added adrenalin when you know you’re handling a one-off masterpiece,” said Leon.
Once all the work was complete, Unusual’s team raised the sections to their final positions and suspended them on black wire to create the floating appearance. While reviews of the sculpture by critics have been mixed, Jim commented: “For me it really doesn't matter what people think of the art. The process of making the exhibit possible created a fantastic atmosphere through the dedicated work of some exceptionally talented people.”

He concluded: “Unusual Rigging was able to bring a wealth of experience in art installation to a project which required not just expertise but also the ability to dovetail into the artistic process. This piece evolved as it was installed and Leon’s team were always engaged, flexible and responsive.”

"The process of making the exhibit possible created a fantastic atmosphere through the dedicated work of some exceptionally talented people.” Jim Leaver, Production Manager 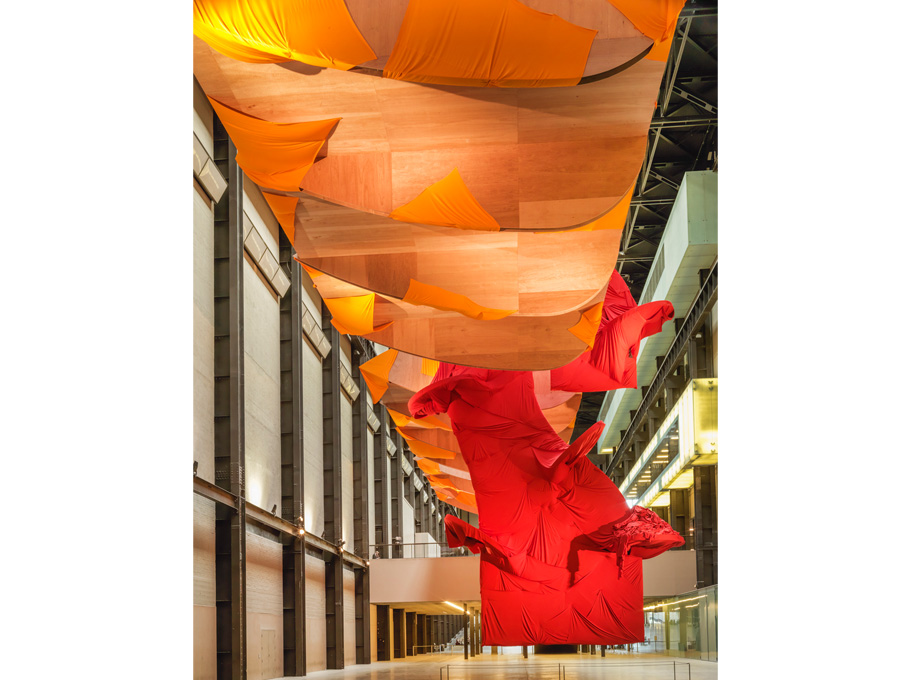