Unusual creates a platform for change

When the Barbican Theatre in the Barbican Centre Arts Complex closed its doors for a major 15 week overhaul in May, Unusual Rigging was brought in to put together an access platform to enable the replacement of the entire grid.

Originally a lyric theatre, and long term home to the Royal Shakespeare Company, the theatre is now called upon to host a far greater range of international touring productions as well as its own in-house productions. As such the entire flying grid and system needed replacing to keep up with the growing demands placed upon the theatre’s technical team.

Ashley Pickles, theatre technical manager (systems and maintenance) at the Barbican Theatre said: “This is a major project for us, removing not just the existing flying grid and system but also some of the gallery and proscenium bridge structures in order to expand the width of the stage and generally improve sightlines and add more flexibility to the theatre.”

With the project commencing at the end of May this year, the Unusual team, working with Trekwerk, quickly came on board during the first week of June and under a tight deadline of just three days, created a temporary grid on the underside of the deck, suspended by hoists from the ceiling.

Unusual’s project manager Mark Priestley said “We created an elevated deck the size of the Barbican Theatre’s stage, which can be lowered the 33m to stage level, and invested in some high duty cycle chain hoists, which will also prove invaluable on future projects. From this deck it is then possible to remove the old flying system, grid, engine, motors – in fact the entire existing system. The project involves flipping the orientation of the entire grid. Wire ropes will fly under the grid and below floor level, while chain hoists will be overhead on rolling beams.”

Pickles explained: “The refurbishment will allow us to provide incoming companies with coordinates, so that the position of hoists and flying scenic elements can be plotted accurately.”

With health and safety compliance of top priority in theatrical spaces such as this, Pickles was quick to praise Unusual Rigging. “What Unusual provides is a complete turnkey solution. Not only do they come on board to design and build the solution you require, but they certify the whole system and give full compliance with regards to lifting regulations. We are fully CDM compliant which is vitally important to us. Unusual have delivered to the letter from start to finish.”

Pickles concluded: “The working platform is due to come down at the beginning of the autumn when the theatre re-opens. This work represents a commitment to excellence in the arts from the Barbican and its major funder the City of London and will ensure that we remain a world-class theatre with state-of-the-art technology.” 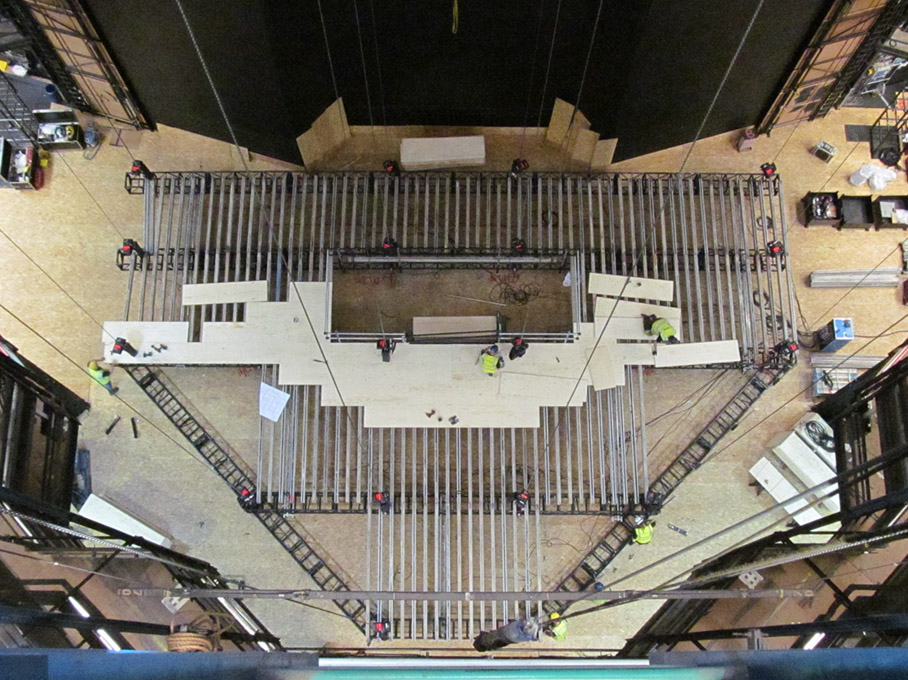 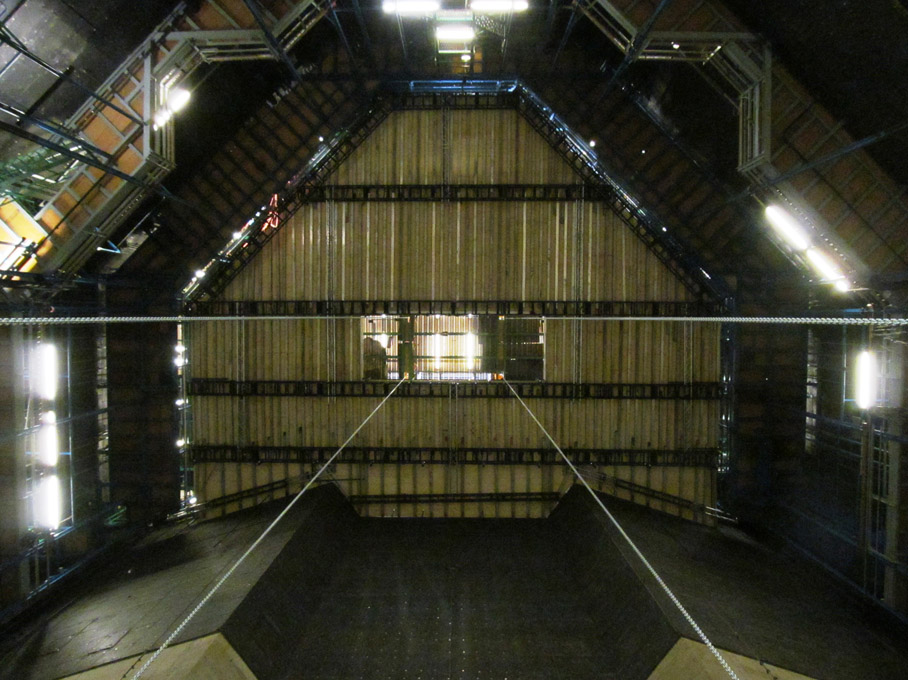