Unusual gets on board in a flash, bang, wallop as Half a Sixpence transfers to the West End

Cameron Mackintosh and Chichester Festival Theatre's critically acclaimed hit musical Half A Sixpence, opens at the Noel Coward Theatre in London's West End on 29th October. Following a successful run in Chichester, where the show was performed on a thrust stage, production manager Chris Boone knew that transferring the show to London was going to present some challenges, and as such got in touch with Unusual Rigging as soon as he knew the production was due to transfer.

Chris said: "Unusual Rigging are no strangers to me - they're my go-to company for all rigging challenges. The first step was to meet with Simon Stone,  Jeremy Featherstone and Mark Davies at Unusual, and discuss how on earth we were going to transfer from a non flying thrust stage into a traditional proscenium arch."

While this was challenging in itself, one of the briefs from Cameron Mackintosh and set designer Paul Brown was that they wanted the set to break the fourth wall, bringing the set out into the auditorium. Audiences will see scenery suspended in the auditorium in front of the proscenium arch - a piece which depicts the top of a bandstand. Chris added: "This was extremely difficult to achieve in an old Edwardian theatre -  both in terms of the weight of the scenery and the delicate and ornate ceilings which we have to protect and preserve."

Together, Jeremy and Simon developed a rigging solution that allowed Chris to match both the design brief and Cameron and Paul's expectations.

Jeremy explained "With a bit of thoughtful engineering we added a truss within the proscenium which didn't affect the decorative features of the ceiling, and allowed us to suspend the 300kg bandstand scenic element.

The show also uses Kinesys hoists to fly the one tonne Hope and Anchor pub where the famous Flash! Bang! Wallop! song is performed. Chris commented: "With a cracking team of riggers, Unusual has once again made the move from one theatre to another a stress free, enjoyable experience. So many of the wonderful London theatres present challenges to modern day productions, we are lucky that Unusual Rigging know these venues so well and are equipped to deal with any unexpected issues these old buildings so often throw at us." 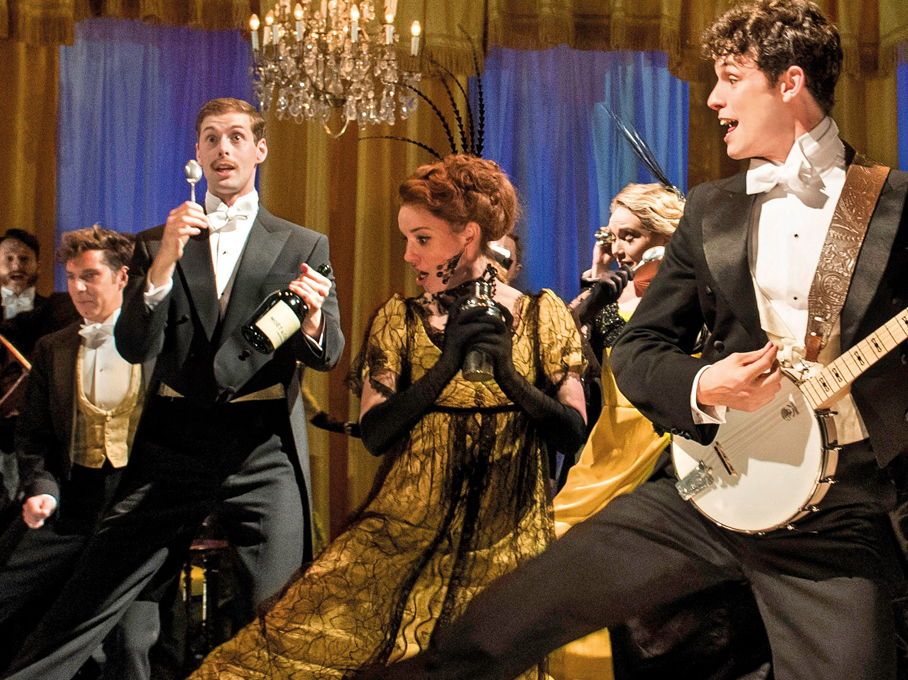 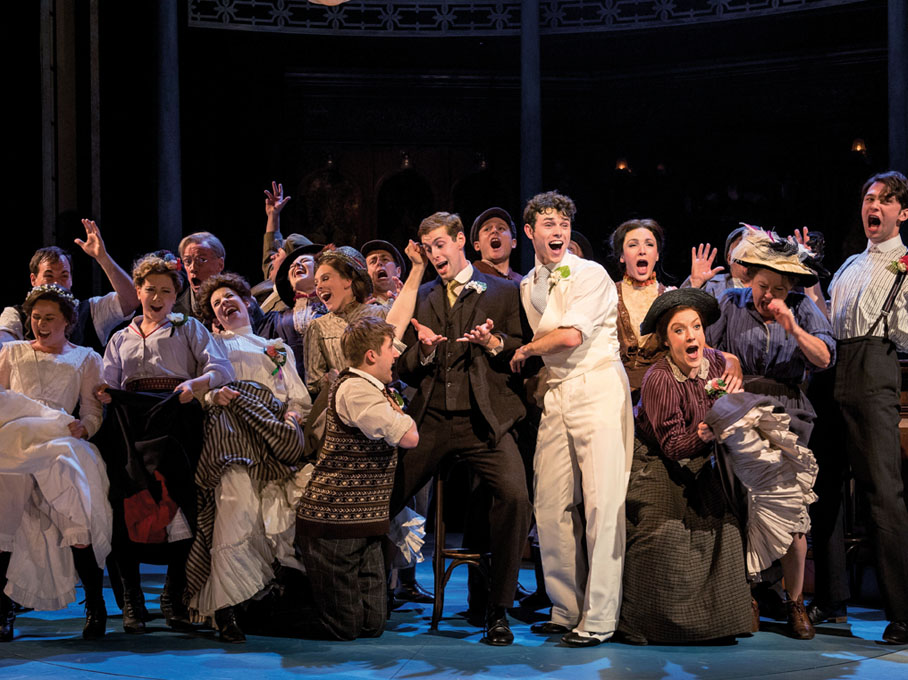 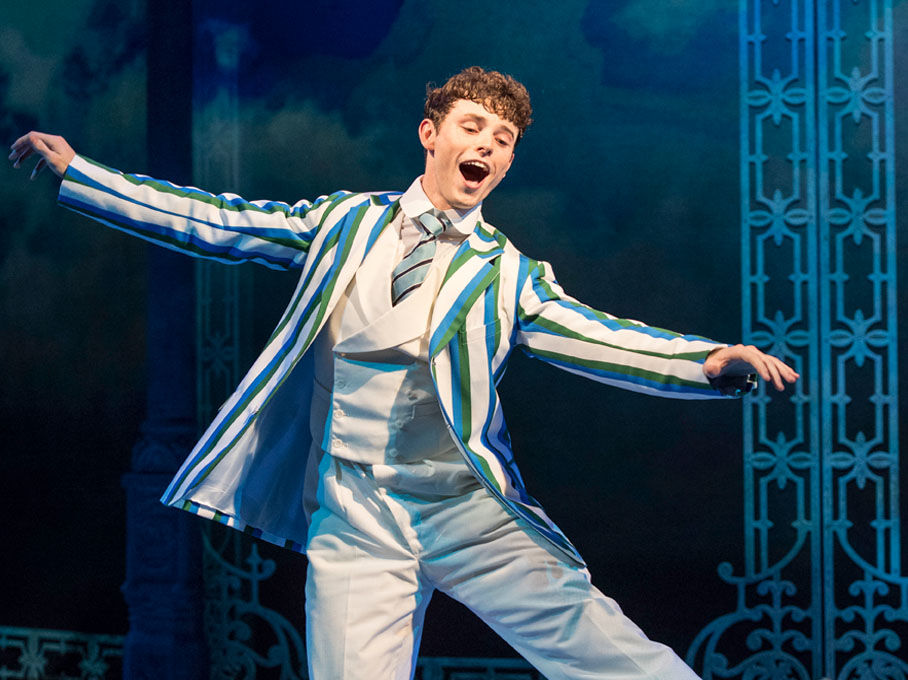