Following three years of project management and two years of site attendance, Unusual Rigging is delighted to unveil its role on the multi-million-pound refurbishment of Theatre Royal Drury Lane. The beautiful Grade 1 listed Georgian venue has been reimagined as an all-day stylish destination with one of London’s greatest auditoriums at its heart. Unusual Rigging was brought on board by LW Theatres and contracted for the ‘Behind the Iron’ works.

Mike Goodwin, Senior Project Manager, Unusual Rigging explained: “This was a major project for Unusual, which we knew from the outset would require the considerable focus of a dedicated team: from design concepts through approvals with the LW Theatres Project Design Team, decanting 42nd Street; transitioning The Lane from venue to construction site, co-ordination with the Principal Contractors (Gardner & Theobalds Ltd) and the diverse sub-contractors under their auspices during the construction period, all the way through to handover, then straight into the Frozen production installation; an unrelenting workload spanning three years for some of the URL team.”

With the design process ongoing, and in conjunction with Dorothea Restorations and David Willmore of Theatre Research we commenced site works with the removal of the historic stage machinery, a project with national significance. The theatre is listed by Historic England as grade I, with the stage machinery being a key part of that listing, and as such the project had to carefully planned and executed in a manner that satisfied all concerned parties, requiring the removal of all existing stage lift elements and the recovery and storage of certain lift components for future curation. Once the recovery of the curated lift machinery had been achieved, we shifted into construction phase with the demolition of the remaining sub stage equipment. Then came the demolition and removal of all existing fly tower works including the old grid, galleries, cross over and counterweight fly system, followed by the demolition and safe removal/ decontamination of the existing fire curtain (the Iron) and the demolition and removal of the existing drencher system, all via a 25m² flown crash deck, suspended from the roof trusses.
The next significant task was the strengthening of said roof trusses and replacement of the timber grid to achieve an imposed load capacity of 200 Tonnes UDL across a new steel grid, the system able to accommodate up to 100no. counterweight sets capable of supporting 1tn per set. The Initial installation included 60no counterweight sets and 10no secondary sets located in the three downstage bays.
In order to achieve these works we used a bespoke temporary jacking system to lift the ends of the roof trussed individually thereby enabling the installation of a new concrete ring beam without disturbing the integrity of the roof or indeed the walls of the building in any way. The trusses were then lowered back down on to the new re-enforced concrete ring beam, grouted, thereby ensuring the structures is able to ‘see’ the improved loads.

Tom Harper, Unusual’s MD and head of sustainability said: “This project was a timely exercise in sympathetic approaches to the concerns of heritage and sustainability, in which we recovered over 15 tonnes of material; some for curation, some for re-use and some for re-purposing. Reduce, reuse, recycle.”

Mike continued: “We were tasked with re-modelling the entire stage house above stage level. This included design, fabrication, and installation of a new steel grid, three new galleries - fly, lighting and loading all with crossovers, including stair access to all levels and grid. We also designed, fabricated, and installed the new Fire Curtain – capable of withstanding 30kg m/2 pressure differential and provide a 60-minute fire barrier that falls in less than 30 seconds, 60:off 4-line, 500kg sets, all double purchase, commencing downstage of the proscenium, increasing to 67 sets over the duration of the contract, and 10:off, 4-line 500kg secondary sets, all double purchase, the refurbishment of the existing lantern and the design, fabrication and installation of the new automated fire safety system.”

Despite the impact of COVID-19 on the theatre industry, the Unusual team was able to complete the programme on time despite the various restrictions and social distancing working protocols. The theatre is now capable of hosting the very largest of productions and is also easily capable of expanding the fly system by adding new sets should that prove to be a future requirement.

Mike concluded: “The ultimate aim of any project we work on is to have satisfied clients and LW Theatres are extremely pleased with both the end result and the focus shown by all of the Unusual team on the project despite the long duration and the pandemic. We are extremely proud to have been part of an historic project that will hopefully see the theatre remain viable for another 120 years.”

A celebration of Unusual founder Alan Jacobi’s life will take place at Theatre Royal Drury Lane on 15th November 2021. Invites are being sent out this week, but should you have any queries, please contact Unusual on AJcelebration@unusual.co.uk for further details. 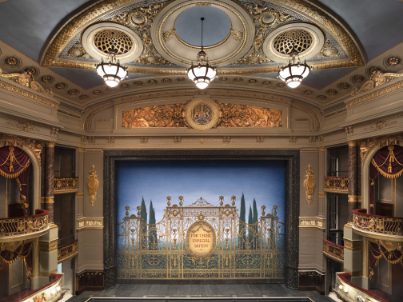 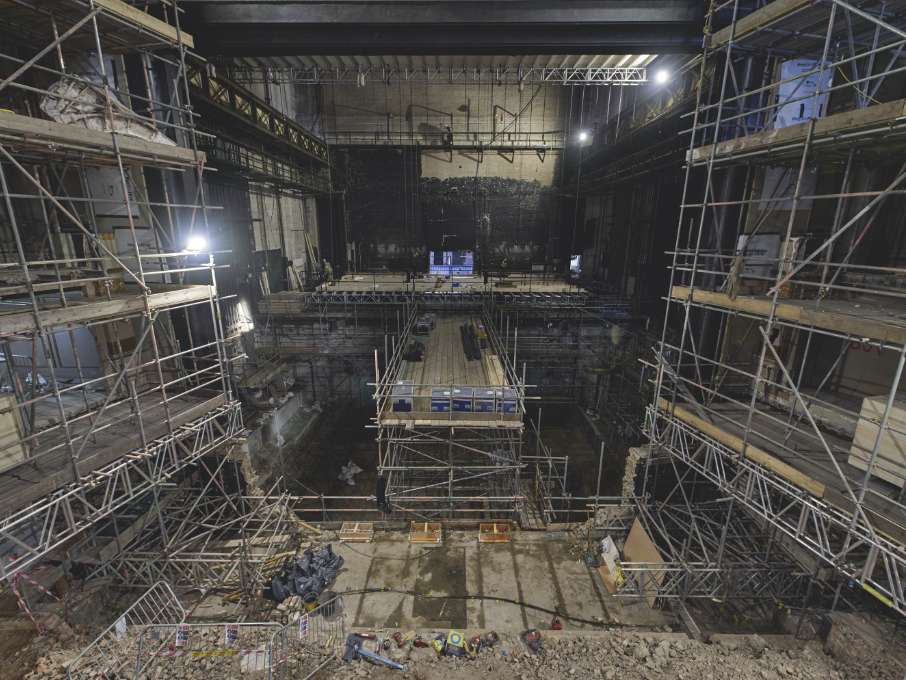 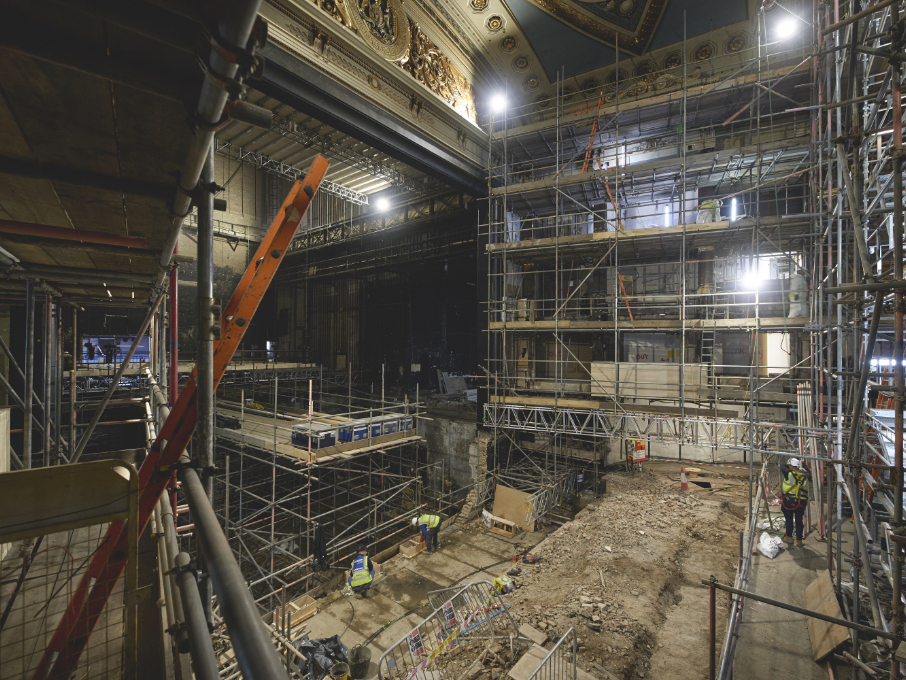