Phantom of the Opera UK tour

Unusual Rigging is providing the infrastructure to ensure that Cameron Mackintosh’s spectacular new touring production of Andrew Lloyd Webber’s The Phantom of the Opera flies around the UK without a hitch.

Newly designed for the show’s 25th anniversary, the tour will visit ten cities over the next thirteen months, having opened at Plymouth’s Theatre Royal in March to rave reviews.

“Phantom is an extremely heavy show, weighing in at more than 25 tonnes,” explains Unusual Rigging’s senior project manager Simon Stone. “There’s one piece of scenery downstage that weighs eight tonnes and has to be supported by a separate mini grid secured to the building. The famous Phantom chandelier, which has to swing in a treacherous fashion over the audience, weighs 500kg alone! Plus there are a couple of huge automated trucks on stage with a combined weight of 10 tonnes. These have to be stack built and then lifted into place at each venue. I think it’s safe to say this show is no easy task.”

Production manager Jerry Donaldson continues: “With a complex show like Phantom I try to involve Simon and his team from the early stage of the project. We discuss the model and spend a lot of time planning how it should be built. We talk about lifting points and think about how we’re going to make it work in each venue. We do our best to see the issues before they happen and solve them. We’ve all worked together for a long time and we all know the venues very well. The successful realisation of these ambitious shows relies on us being joined up and understanding what the other is thinking.”

And it’s just as well they are, because for each move the team has only four days to get a 22-truck tour out of one theatre and into the next. Stone says the key to success is being able to count on the combined expertise of the Unusual Rigging team, both on the road and back in the office. “From the earliest stage Unusual worked with structural engineer, Mike Jackson, to calculate whether each individual theatre can take the load. Jeremy Featherstone, one of Unusual’s design engineers, then draws up the rig. Jeremy and Mike liaise to decide how each production can be technically realised in line with the allotted fit-up time and the client’s budget.”

Stone also pre-books the rigging crew for the entire tour: “To ensure that each move goes as smoothly as possible, it’s vital that everyone in the team knows what they should be doing at every stage and the only way to do that is use the same team each time.”

Stone says every project is unique and that he and his team pride themselves on providing an innovative, yet cost-effective solution to a scenic designer’s vision. He says he is constantly thankful for the talents of a committed in-house team of engineers, operations department and NRC accredited riggers. 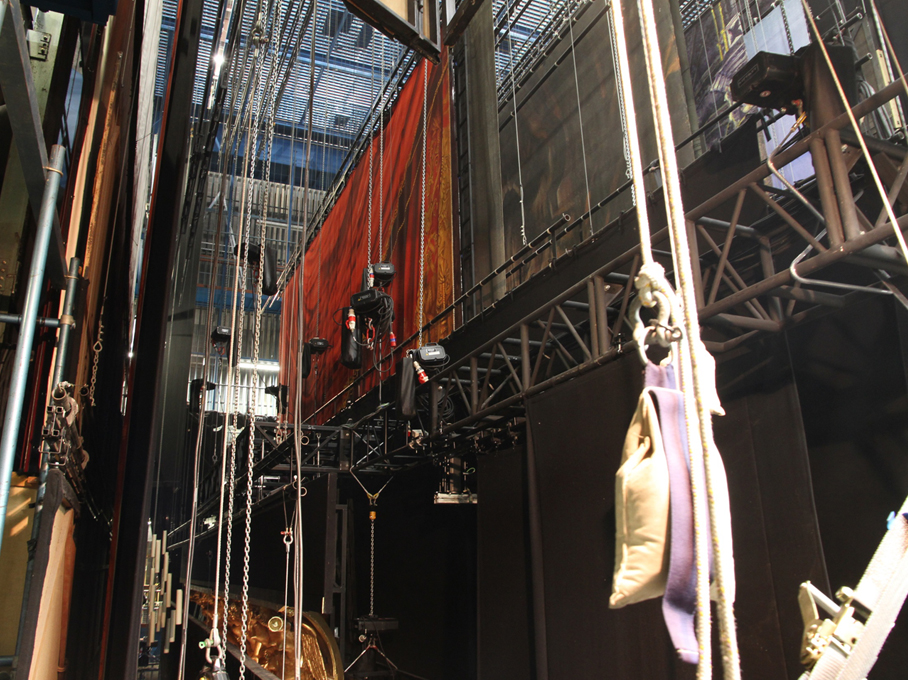 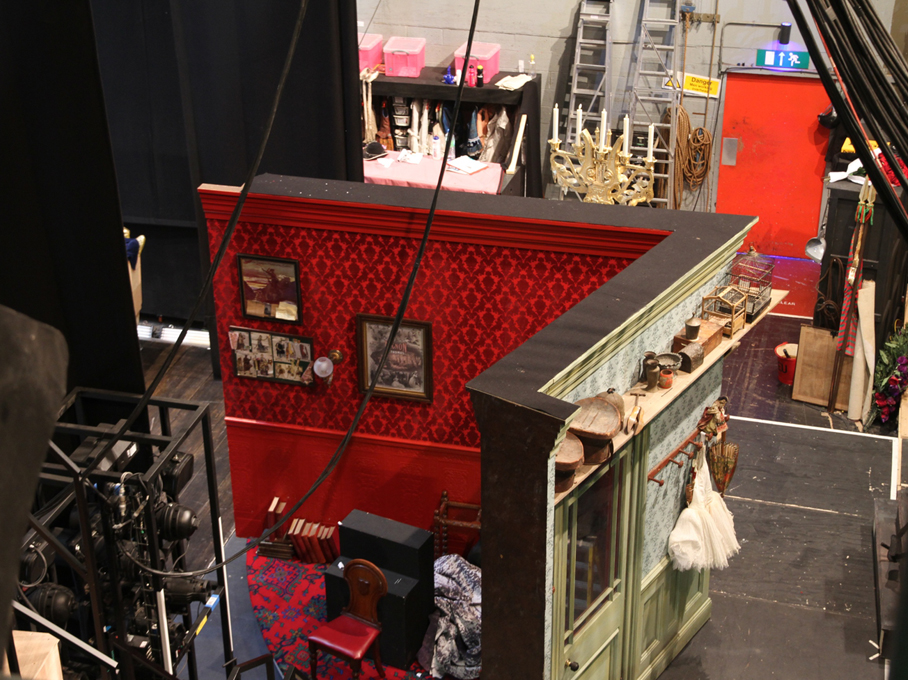