When Wicked opened at the King’s Theatre in Glasgow in May, little did the management realise it would be the highest grossing show in the history of the venue. Over 53,000 tickets were snapped up for the show’s sell-out Scottish premiere.

But to ensure the venue could play host to the spectacular musical phenomenon, it needed a little assistance from the team at Unusual Rigging, specifically to make the grid of the King’s compatible with the magnitude and distribution of suspension points required for the show.

Gavin Snelling, project manager at Unusual Rigging, said: “The main problem in staging Wicked at the King’s Theatre was the overall weight of the show. The King’s grid was not strong enough to provide the suspension points required and so Unusual was brought on board by Mike Jackson, ATG’s external consulting engineer, to install an array of steelwork to transfer the suspension loads back to the fly-tower walls, enabling the show to be suspended without overloading the existing grid and roof structure.”

Mike, who has a history of working with Unusual on various projects, knew that he could rely on Gavin and his team to help overcome such challenges: “The existing steel structure was reportedly suitable for a 17 ton show, whereas Wicked weighs approximately 30 tons. There was no way the show could have gone into the King’s without some major work, and the installation of a new secondary steel structure was the way forward.”

Such a complex job was not without its challenges. The work had to be completed in a two week period immediately before the Wicked get-in – any delay would have had massive financial implications. And to add to the challenge, the Unusual team had to work around the Scottish Ballet and Let it Be, both of which were taking place during the period of work.

All work took place overnight above the live shows – it was vital the stage was operational by 10am each morning and care had to be taken not to damage the ballet floors, set, scenery and lighting. “It’s not easy moving big steel beams around sets,” said Gavin. “We were limited to only one position to lift the beams into the grid. This was over the fly floor, so we had to do the lift in two phases – stage to fly gallery, then fly gallery to grid. Not only that but we had a very limited height to install the lifting equipment within the grid to lift the beams into place.”

Unusual created a mock up back at the office to work out a system. They fabricated height adjustable rollers to enable the beams to be moved clear of obstacles, strengthened parts of the grid to take a 22mm ply board runway which spread the load and created a clear route to move beams within the grid, as the existing flying system and roof structure was in the way.

Mike said: “This was a particularly challenging job in its own right and working around two live shows simply added to the difficulties. But this is why I chose to work with Unusual again – our third project together in 18 months. They have a more pragmatic approach to complex projects and understand that the show has to go on. They work as part of a team towards providing solutions rather than obstacles. In opposition to the general approach of lifting up new structure from below, Unusual have appropriate resources skilled in rigging as well as steel installation, allowing them to efficiently fly steel beams using hoists hung from structures above, when it is not possible to lift from below.”

Richard Bullimore, Production Manager for Wicked, admits he was stunned by what Unusual managed to achieve. He said: “I am both impressed and in awe of what Unusual Rigging managed to do in the King’s Theatre. How they managed to achieve what they did with shows going on beneath is a minor miracle in my view. The problem always is that no one will understand what has been achieved unless they go to the grid and sadly very few people will ever get up there to see. If I could give them an award, I would do so. They most certainly deserve one. How a team succeeds in getting 20 tons of steel up there, manhandled into place and then installed is, in my view, the 8th wonder of the world!”

“I am both impressed and in awe of what Unusual Rigging managed to do in the King’s Theatre. How they managed to achieve what they did with shows going on beneath is a minor miracle." Richard Bullimore, Production Manager 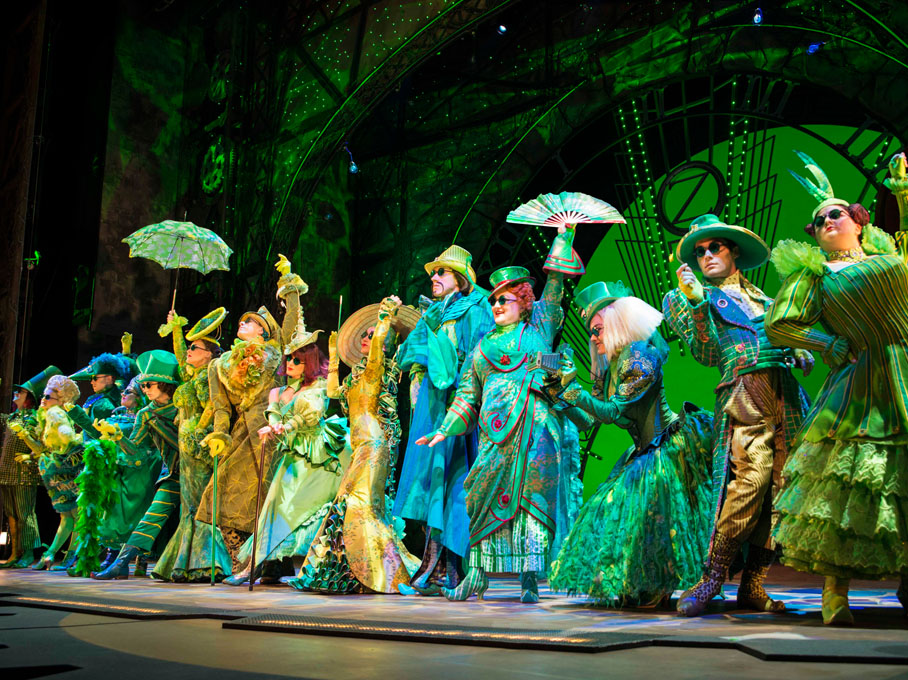 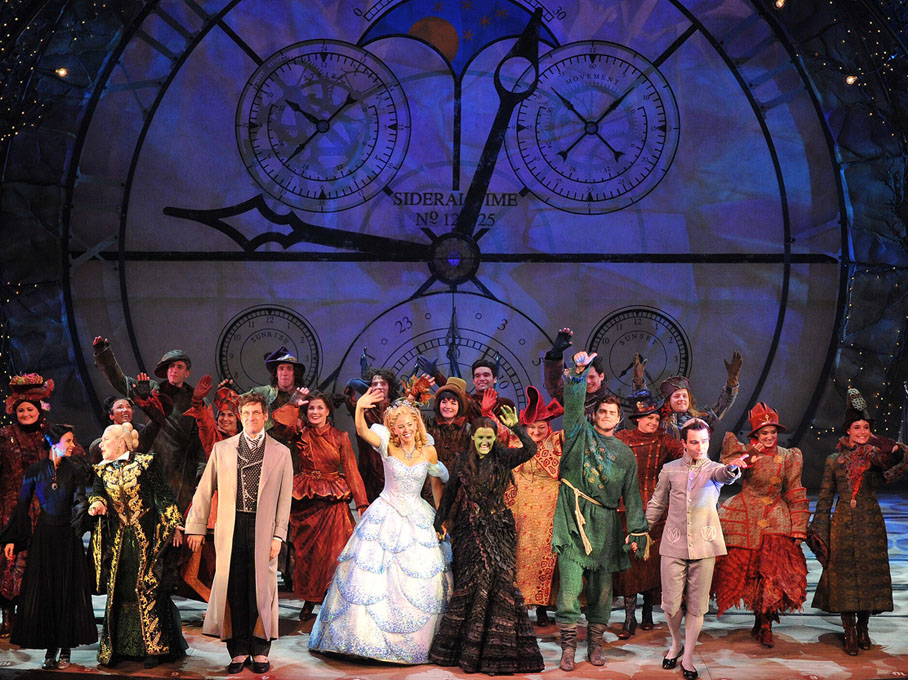