The world premiere of the new musical Tina – The Tina Turner Musical had its official opening night in the West End on April 17th at the Aldwych Theatre. Directed by Phyllida Lloyd, the production charts Turner's journey from humble beginnings in Nutbush, Tennessee, to her transformation into the global queen of rock'n'roll. Production Manager Sacha Milroy knew that rigging the show successfully required a sound knowledge of the theatre and so turned to Unusual Rigging to handle the project.

"This is actually the first time I've worked with Unusual," said Sacha. "Of course I've known of them for many years and Simon Stone, who is senior project manager at Unusual, has a great reputation which precedes him. I was also aware of all the amazing work they'd done to transform the grid of the Aldwych Theatre for Beautiful – The Carole King Musical.

The challenge we had with Tina - The Tina Turner Musical was that this show had a huge amount of flying. We needed to estimate the weights of all the flying elements, work out how to fit it all in the grid and decide which pieces to manually fly with the in-house counterweight system and which to automate. It entailed putting in five large intermediate trusses that fixed directly into the walls of the theatre to rig the 4 automated LX trusses and a 10m x 6m LED wall from and derigging and diverting every single one of the 40 in-house cradles. "We drew up a groundplan of all the flown pieces and explained to Simon and his colleague Jeremy Featherstone (an engineering genius!) what we wanted to achieve. They found a way of solving everything we threw at them and nothing was ever a problem."

Set wise, Sacha admits the production has relatively traditional scenic elements, but the complexity was in fitting it all in the theatre – it’s a very busy show and every inch of the theatre is used including the basement and sub-basement! "We have a series of lifts that come up through the floor with doors and walls that get changed below stage, a ring revolve, a very large LX and sound rig, an automated band truck and lots of flown scenic elements – it’s a very busy automation show. Simon and Jeremy were fantastic at helping us decide which flown pieces we should automate and which should be manually flown. They also helped us figure out how to rig a complicated FOH advance bar with lots of lighting and sound equipment and a large LED screen. We had only a few holes in the auditorium ceiling to put the pick ups through and needed additional steelwork in the roof void to rig the hoists in the correct position. The show looks deceptively straight forward from the audience's perspective, but Unusual’s know-how was instrumental in making it all work."

She concluded: "I've never known a team like Unusual. They appear on the first day – and after that they're like little invisible elves – they disappear into the roof, you rarely see them again until they reappear a couple of weeks later saying they’re done in the grid and then you see the results of their amazing work! It's been a huge collaborative effort and great fun working with them. We have achieved everything we hoped we could for this production. Throughout the project, they’ve been a pleasure to work with – if a problem arises, they are always positive and upbeat and they focus on how best to get the result that is required. Quite often you find people get frustrated when elements of the show are constantly changing, but that's the nature of what we do – elements of the design always change and evolve and with Unusual's attitude, there is always a way through it. I cannot recommend them highly enough and will definitely be looking to work with them on projects in the future!" 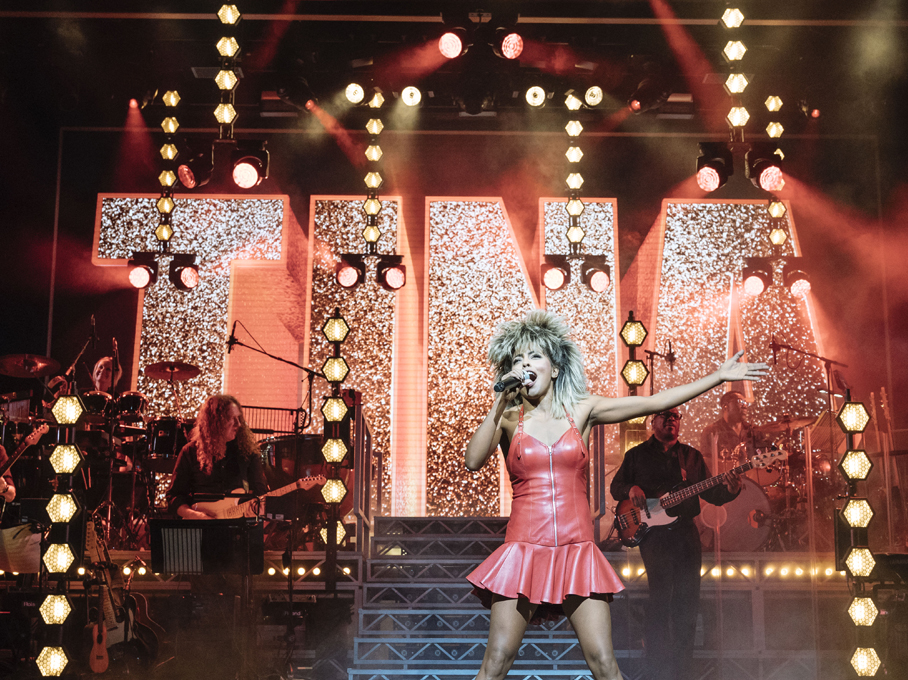