Unusual Rigging knows All About Eve

Unusual Rigging has been brought on board to handle the rigging for All About Eve the latest play taking London's West End by storm. Currently enjoying a fourteen week run at the Noel Coward Theatre, the production which has received positive reviews, (The Guardian call it classic Hollywood updated with technical wizardry) stars Gillian Anderson and Lily James.

Production manager, Anthony Newton said: "The original plan was for Unusual to join the project and do all the rigging. This consisted of a U shape of walls which were to be dead-hung above the stage surrounding the central performance space."

He continued: "Very late in the day, we changed this to a fully automated system that would allow for the walls to rise and fall several times during the performance. Luckily for us, Unusual's Simon Stone and his team aren't phased by such last minute changes. This was my first time working with them but their reputation is so great, I felt confident we were in safe hands...and they didn't prove me wrong"

Taking on board the revised brief, Unusual added the automation function with relative ease, designing a system that would run quickly, but relatively silently to accommodate the theatre environment. They also assisted with some additional rigging points (flown LX trusses and ladders on stage and an advance FOH PA truss).

Anthony added: "The great thing about Unusual is that they adapted to the new parameters very quickly. The system was installed and commissioned in an amazingly quick way which was great, given we only had four days to fit up this new show.  They handed it over to the house crew to run and we’ve had no issues with the system at all.  I’m really pleased with the service and the equipment.  I look forward to working with Unusual on another project soon!” 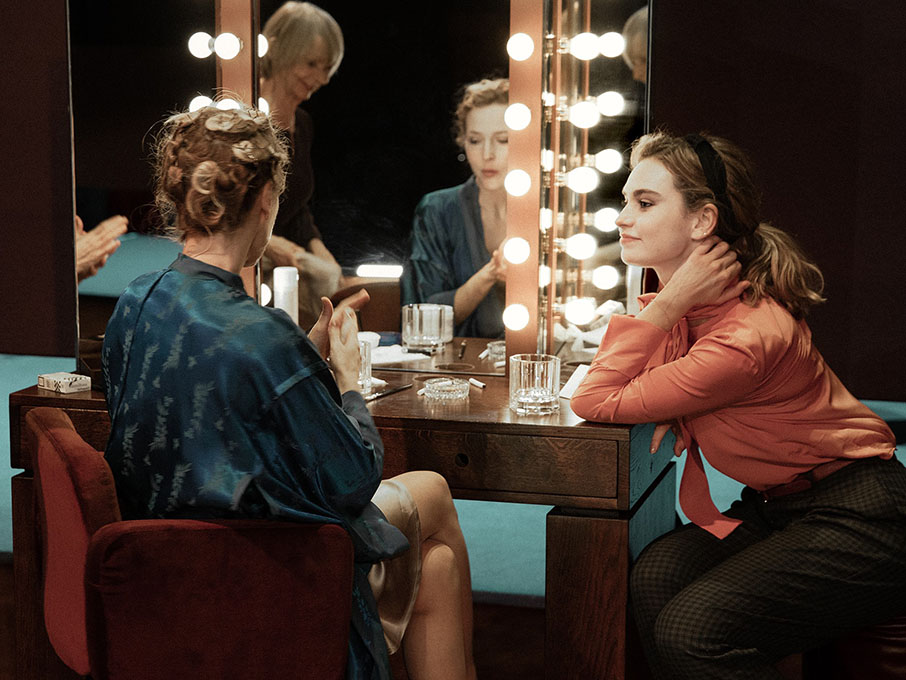