Unusual Rigging has worked its very own magic on Magic Mike Live! When TAIT UK  was tasked with a seemingly impossible feat, Operations Director Alex Hitchcock knew that Unusual would have a solution.

"We were initially approached by Magic Mike Live! with an enquiry for an automation and engineering package at the theatre at the Hippodrome Casino on Leicester Square",  explained Alex. "Some overhead rigging and staging, steelwork structure, diversions and winches. We were already familiar with the venue having once done another show there. But at that time, installing a single winch was a nightmare – Magic Mike required about 18!"

The Hippodrome Casino is not a big venue – certainly not designed with the intention of staging elaborate productions like Magic Mike Live! Alex continued: "The venue had no rigging structure – no grid at all. It was beyond our normal remit to achieve the rigging elements of this brief, so we went straight to Unusual for advice."

Alex worked closely with Unusual's Emily Egleton who said: " The first thing we had to do was a survey of the roof – some very old architectural drawings of the venue existed but none gave away any information about the roof and its weight loading capabilities. Once we had some idea of this, we worked with Alex to design and supply a full package of diversions and fixings and supplied all the trusses too."

Even with some designs and a plan in place, the difficulties of the job continued: "At the time that we were due to install everything, the room was also undergoing a complete remodelling. That was overrunning and so at one point there were 40-50 people including building contractors, show production people etc – all trying to work in one space. The only load in was via passenger lift or up the stairs – all public spaces."

Emily added: "In terms of location, it was nothing short of horrendous – we had no parking dispensations so we were parked up on public streets in the middle of Soho trying to unload onto the street and manhandle everything up the stairs. We're not talking small little bits either but bridges and stairs sections and all the overhead rigging." Alex added: "It was very much an out of control Tetris game but Unusual were very good  and very patient at being adaptive to the situation."

One of the scenic elements that Unusual worked on was a shallow pool that lands on stage. The actors perform in the pool with a rain effect overhead. Working together, Emily and TAIT devised a way to lower and raise the pool and then track it off stage and out of the way of the performer flying points. With some winches, control and rope, they figured out a diversion system to make this happen flawlessly.

"We really have to praise the entire Unusual team for their patience and tenacity in a hugely challenging environment where they succeeded in pulling off something amazing. Such is the magic of theatre, you'd never know what they'd done or just how much work they've put in to make this show possible. Such is the popularity of Magic Mike Live that it's become a really high budget show – something that no-one ever really anticipated.  And while the venue is far from ideal for us behind the scenes, it really is the perfect venue for such a performance – it just wouldn't work in a big theatre." 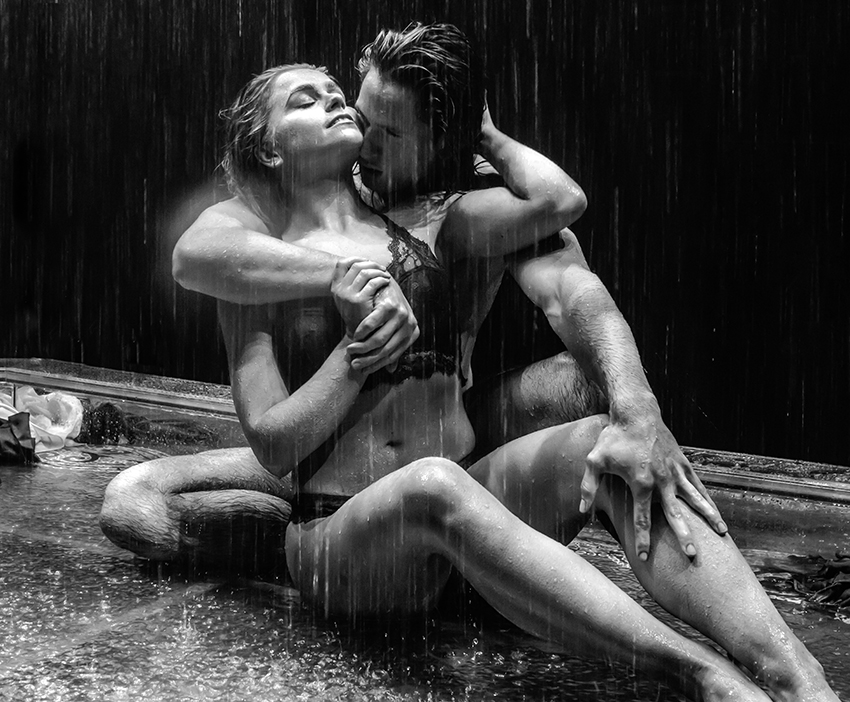