Unusual Rigging provides wall to wall support for exhibition of The Ethics of Dust: Westminster Hall

After six years of negotiation, Jorge Otero Pailos' artwork, The Ethics of Dust: Westminster Hall was unveiled to the public on June 29th.  The artwork, commissioned and produced by Artangel for Westminster Hall, is a 50m long translucent cast of the Hall's internal east wall, revealing how the dust and pollution which have gathered over hundreds of years register a broader environmental history.

To exhibit a piece of such scale in such a precious and delicate building, Artangel contacted Unusual Rigging for advice and expertise in suspending the piece from the Hall's 28m high hammer beam roof without damaging the building in any way.

Michael Morris, Co-Director at Artangel explained: "Westminster Hall is the oldest part of the Houses of Parliament, and has been in continuous use for nearly a thousand years. Its walls have seen many political events - from the trials of Guy Fawkes in 1606 and King Charles I in 1649, to the coronation banquet of King George IV in 1821, the lying-in-state of the Queen Mother in 2002 and Nelson Mandela's address to both houses in 2003. We knew that getting permission to exhibit in this space was always going to be a challenge - and understandably so. But six years and lots of negotiations later, this magnificent piece is finally on display."

Artangel has worked with Unusual Rigging on previous occasions where the site for an artistic installation has proven to be particularly challenging - from the seafront in Margate on an Antony Gormley exhibit, to Victoria Tower Gardens. Michael continued: "Artangel's relationship with Unusual Rigging, and specifically Alan Jacobi, spans a good fifteen years. We know that there is no other company out there that can solve difficult challenges better. On this particular project, we worked alongside Unusual's Robin Elias and his amazing rigging brain was invaluable throughout the entire process. He joined us at key meetings, fielded questions and addressed all concerns about potential issues."

Robin Elias explained: "The problem we faced was how to exhibit this 50m artwork in a space where we couldn’t rig anything onto the listed structure. It was my job to not just persuade the anxious stakeholders that the artwork could be displayed without damaging the delicate structure, but to come up with a creative solution which meant I was as good as my word."

Robin devised a 50m long discrete steel header which ran along the top of the latex wall, spanning all the beams, which are at six metre centres. The fabrication was carried out at Unusual's premises in Northampton prior being transported to site for assembly. The artwork was raised and put in place with a spider picker and will remain in situ until September when the exhibition closes.

Michael added: "This latest project has really been a labour of love, not just for the artist, but for Artangel and Unusual too. RIght up until the last minute, the curveballs continued hurtling towards us. Just two days before we were due to start the installation, we were advised that a third party architect chosen by the Parliamentary Estate Directorate would be supervising the install. Luckily this didn't faze Robin, and the result is a wonderful piece of art which holds as much history as the hall itself."

Michael concluded: “Artangel works at the sharp end of contemporary art, and when this type of challenging project crops up, there is only one company we would dream of working with. Our ethos is supported very well by AJ and his team - we feel they share a fondness for working on the occasional crazy idea in the name of art. We have a rapport, with Unusual and we trust the team implicitly - why would we work with anyone else?" 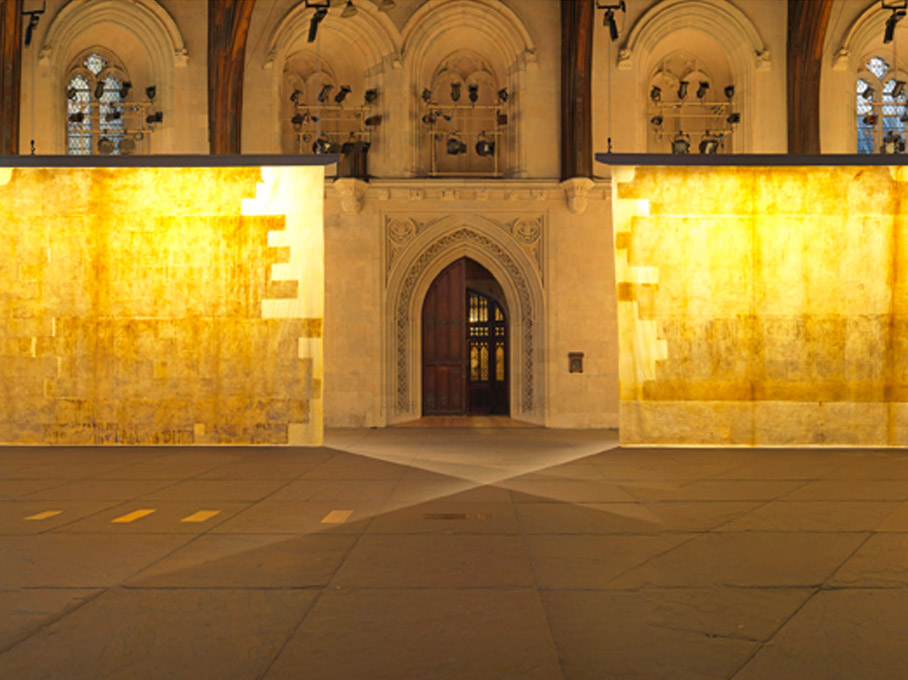 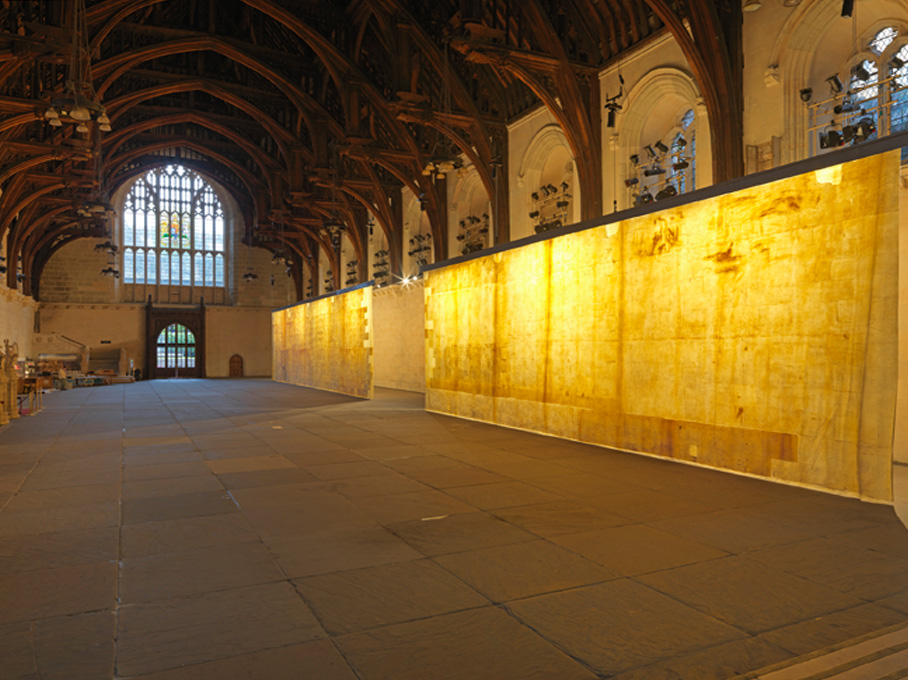