Charlie and the Chocolate Factory

Unusual transforms Theatre Royal for Charlie and the Chocolate Factory

Leading rigging and technical solutions supplier Unusual Rigging has ensured that the impossible was made possible when it facilitated the flying of the complex, and heavy, Charlie and the Chocolate Factory set in the Theatre Royal, Drury Lane, London.

Unusual Rigging’s Simon Stone and Simon Tiernan worked alongside Production Manager Patrick Molony to carry out the extensive works on the weight capacity of the Theatre Royal. All this to accommodate the significant quantity of scenery and technical equipment that comprises Mark Thompson’s dynamic set design for Sam Mendes’ production of Charlie and the Chocolate Factory. If that was not enough, their solution had to work within the structural and architectural limitations of this historic listed building.

“Drury Lane’s original counterweight system was designed for flown cloths and little else,” explains Stone. “A cradle capacity of just 160kg was never going to be adequate for what is probably the heaviest, and certainly one of the most complex, shows that has ever been attempted in the West End. For the counterweight flown elements, we installed 40 brand new counterweight cradles with a safe working load of 600kg each. This came complete with head blocks, drop pulleys and return pulleys plus 15 tonnes of newly cast weights, and all were designed from scratch. The only elements of the existing system that have been re-used are the guides, head beams and return frames.”

In total, nine tonnes of new steelwork, custom designed by Unusual Rigging’s team of theatrical design engineers, support five large winches (the lightest of which is over 700kg). Between them they lift an incredible 12 tonnes of flown scenery.

“We fitted two more long runs of aluminium support trusses into the grid to accommodate 11 winches, which fly lighting towers and side masking,” continues Stone. “Two further winches have been positioned over stage for the operation of the ‘suction pipe’ and the ‘Augustus Gloop’ manikin which travels through it.”

In addition, Unusual supplied 1,000ft (305m) of ladder beam and 400ft (122m) of truss. The total flown scenic weight, including winches, is now 46 tonnes. The estimated total weight on the building, including URL steelwork, counterweight and trussing is 75 tonnes.

Unsurprisingly, additional strengthening to the fabric of the building was required, as Unusual Rigging’s Jeremy Featherstone outlines: “Over 100m of steelwork was used to strengthen the existing (1890s vintage) roof trusses. In addition, the head beams were strengthened to resist the loads imposed by the new counterweight cradles.”

The result is a visual and technical spectacle befitting Roald Dahl’s imaginative fairy tale, living up to director Sam Mendes’s vision of a confident, clear design.

Working with Unusual Rigging on Charlie was a great experience, comments production manager Patrick Molony. “From the very first meeting they became an invaluable part of the team. We were all very concerned about the weight we were attempting to inflict on a very old building and the care and attention that Unusual Rigging put in was astounding.”

Over the years the venue had made its own alterations and additions to the Drury Lane grid. This had taken its toll, as Molony explains: “The place was a complete mess of steel work. You couldn’t really see what was supporting what. The best and most sensible decision that Alan Jacobi, Jeremy (Featherstone) and Chris Johnson, Head of Engineering Design at Unusual, made was to strip it all out, go back to the basic grid and start again. What the team achieved after that, in just two weeks on site, was truly remarkable.”

In fact Unusual went from the stripped out grid where all bars, cables, ropes and pulleys had been removed to a brand new grid of trusses, cables and motors in just 14 days. “The whole thing was run superbly well. The backup that we received from AJ at the office and from his onsite team led by Simon Stone and Simon Tiernan was superb, all were a total pleasure to work with. To be absolutely honest, I really don’t think that any other company could have accomplished what Unusual did on Charlie when it came to dealing with an historic venue, a restricted time frame and with such grace.”

"I really don’t think that any other company could have accomplished what Unusual did on Charlie when it came to dealing with an historic venue, a restricted time frame and with such grace.” Patrick Molony, Production Manager 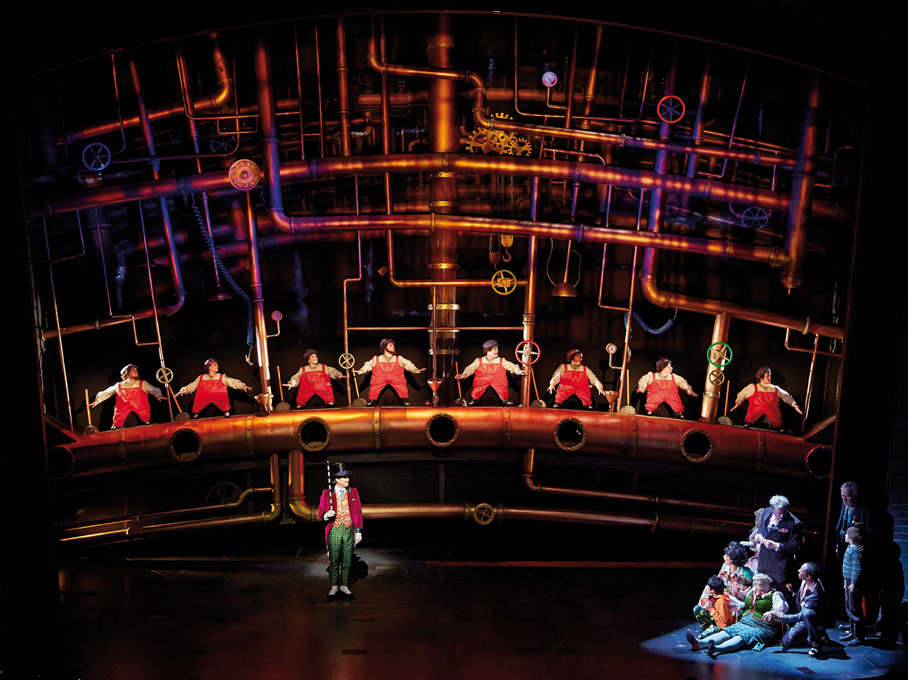 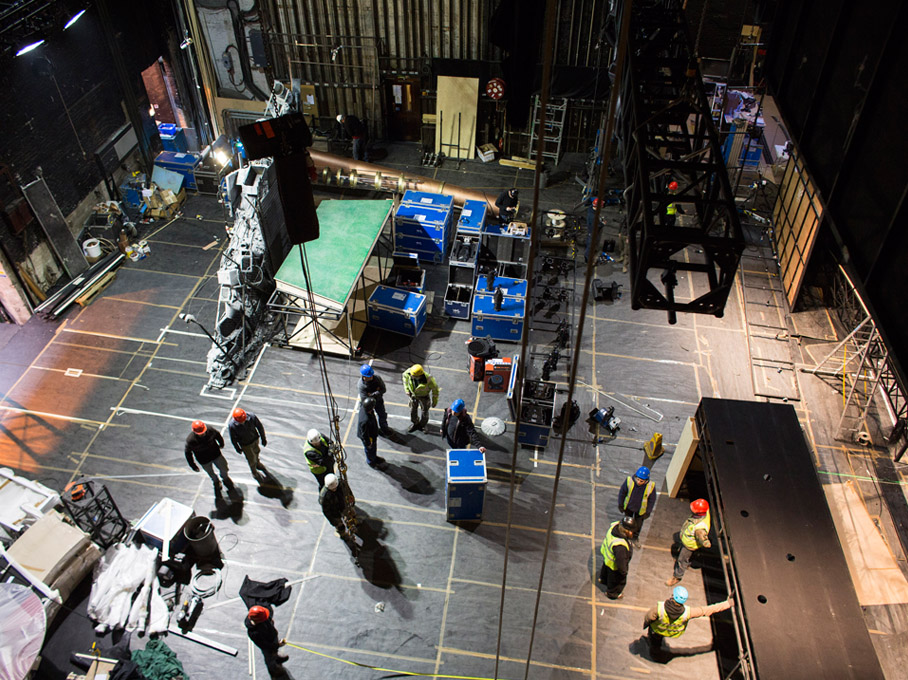