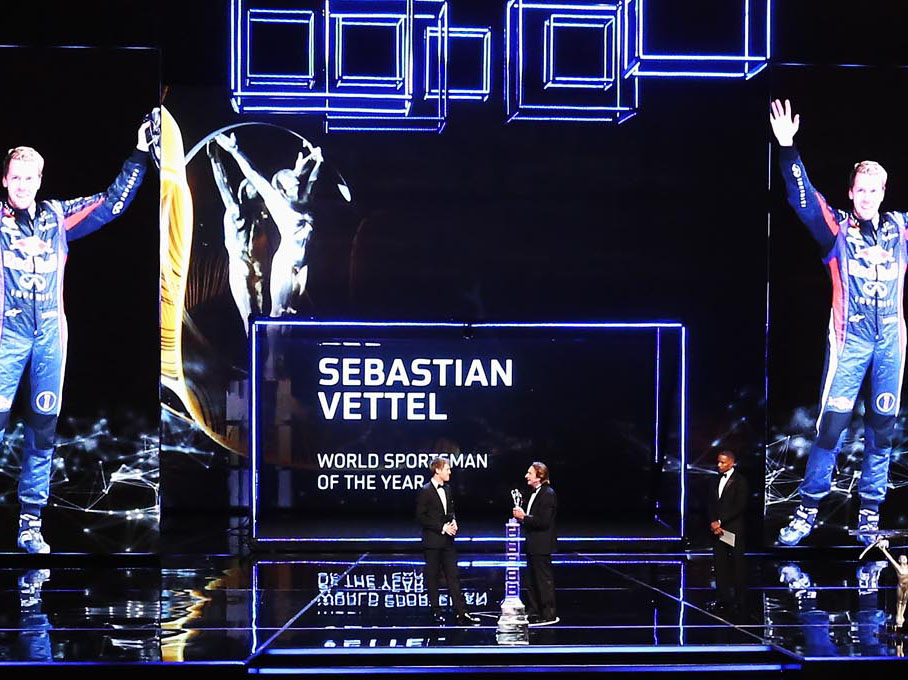 Held in Kuala Lumpur, the Laureus World Sports Awards 2014 were staged at the Istana Budaya, the National Theatre of Malaysia, where a four man rigging crew from Unusual, headed by senior project manager Steve Porter, worked alongside Paddy Hocken from production company Done and Dusted to create a set that would be seen by millions worldwide: Unusual Rigging supplied winches to track two video screens, plus a variety of specialist rigging components not available in the region to overcome th 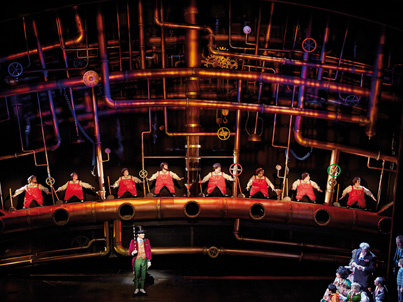 Charlie and the Chocolate Factory 2013

Unusual Rigging was responsible for facilitating the flying of the complex and heavy Charlie and the Chocolate Factory set at the Theatre Royal, Drury Lane London. Working alongside production manager Patrick Molony, the team headed by Simon Stone and Simon Tiernan carried out extensive works to the weight capacity of the theatre to accommodate the huge quantity of scenery and technical equipment while being sympathetic to the structural and architectural limitations of the historic listed bu When the Barbican Theatre in the Barbican Centre Arts Complex underwent a 15 week renovation programme in 2013, Unusual Rigging was brought in to build an access platform to enable the replacement of the entire grid. From its original purpose as a lyric theatre and long term home of the Royal Shakespeare Company, the venue is now called upon to host a range of international touring productions as well as its own in house productions, requiring the entire flying grid and system to be replaced to

The 2013 British Military Tournament promised to be one of the most visually spectacular to date and with the help of Unusual Rigging, it didn’t disappoint. Organisers IMG worked with Unusual’s Jim Dugan  to devise a complex set around the theme of British Legends which included: 130 hoists 500 metres of truss 4 Revolution winches Flying a Lynx helicopter into the arena Four Royal Marines abseiling out of the Lynx and a further two from the roof of Earls Court u 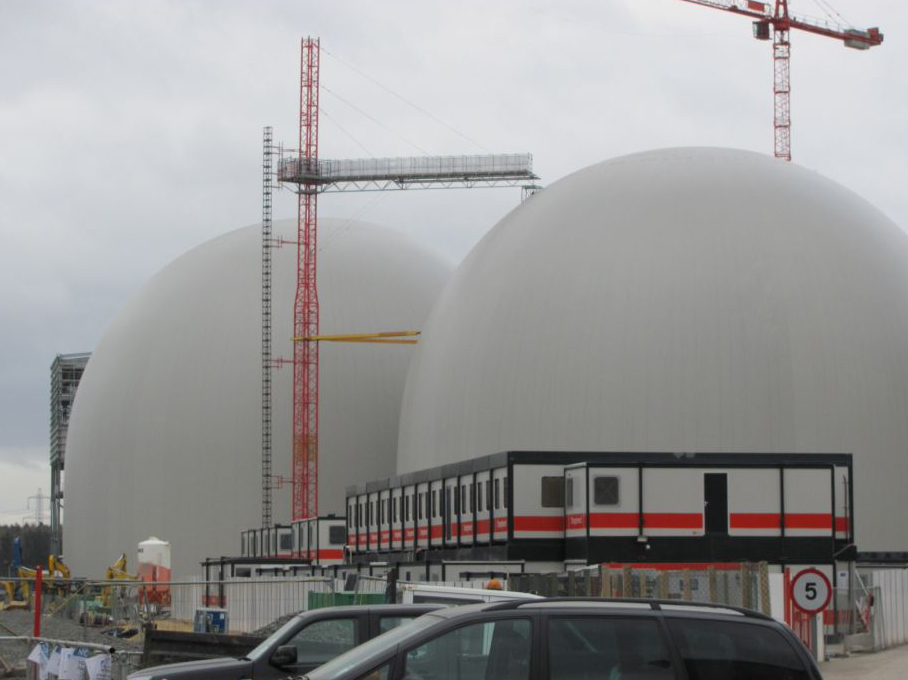 The redevelopment of Drax coal fired power station in East Yorkshire incorporates the conversion to biomass fuels to reduce the plant’s carbon footprint. The Ecostore Project comprises four 50m x 50m concrete fuel storage domes. On top of each dome a head house is constructed to connect with the conveyor systems which transfer fuel from train to storage. Working with HTC Tower Cranes and Hoists for Shepherd Construction Ltd, Unusual Rigging led a project to solve a major accessibilit 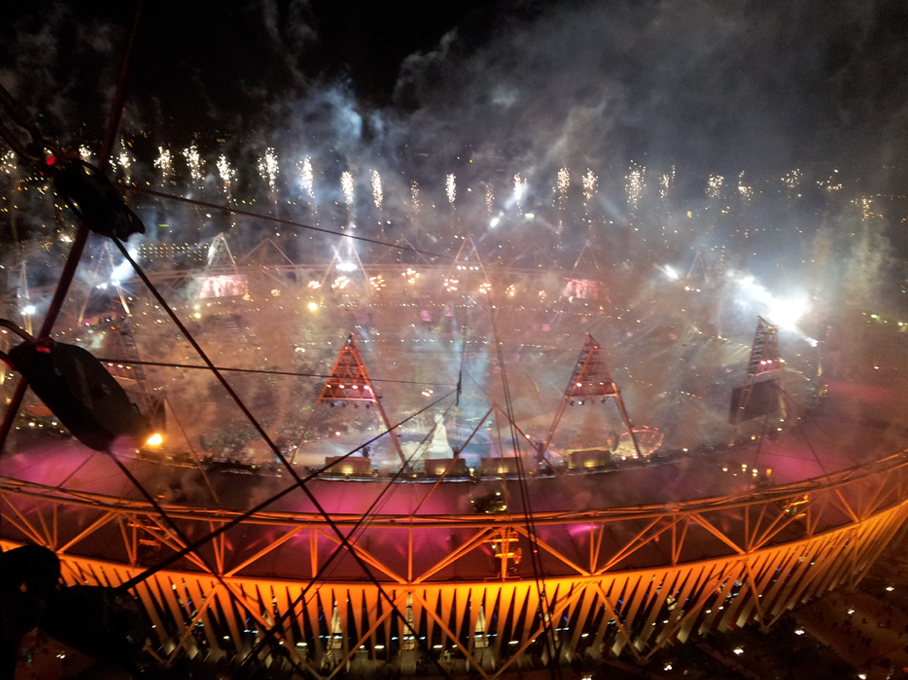 Olympic Games 2012 As well as playing a huge role in the opening ceremony of the 2012 Olympic Games (click here to read more), Unusual Rigging were on site at a total of 21 Olympic venues, where we rigged: broadcast lighting and other broadcast facilities balloon cam score boards screens audio video flags of nations and also supplied the automation for the raising and lowering of the victory ceremony flags. Venues included: Olympic Park: Aquatic One of the masterpieces of design by Frank Matcham, the Bristol Hippodrome first opened its doors in 1912 and boasted several unique features, including a 100,000 gallon water tank which could be filled in just one minute! In 2012, the arrival of The Lion King UK tour meant the Hippodrome’s roof truss required upgrading. Although The Lion King’s total weight does not exceed the limits of the Hippodrome, most of the weight is concentrated in the downstage area, necessitating the st

In 2011 Harrogate’s purpose-built International Centre completed a major project to create a 20% increase in capacity. Two new halls offer an extra 3,100 sq m of exhibition space, as well as providing the town with significant additional space for evening events. Unusual Rigging was contracted to design, manufacture and install a 1,550 sq m modular Tension Wire Grid:   36 custom designed and built panels, 25 of which are 8m x 7m, the remainder being angled to accommodate the s Sports Personality of the Year 2012

This TV and live arena spectacular, broadcast from London’s ExCel Arena, comprised three substantial stages, enabling presenters to talk to camera while musicians and performers set up. Unusual Rigging won the contract to supply and install the show rigging for the set which incorporated LED screens, flying set pieces and a considerable hang of stage and audience lighting and sound. The biggest challenge was to gain as much height as possible for the lighting and PA hang as the roof The most prestigious awards in the international sporting calendar, The 2012 Laureus World Sports Awards were held at Central Hall Westminster, in the heart of London, the first time the UK has hosted this event. With an audience of some 1000 international stars from the worlds of sport, entertainment and fashion, plus a global TV audience, these glittering awards demand a glittering setting and once again this was staged by production company Done and Dusted. Unusual designed, fabricated The British Military Tournament goes from strength to strength, raising money for three charities supporting military personnel in the Army, Royal Navy and Royal Air Force. In 2012, the event’s third year, some 1,400 people, comprising 700 troops, took part in stunning performances. Once again Unusual Rigging supported the event with crew and rigging, including: 70+ motors 200m of GP truss Rigging for 22 personnel abseiling  from the roof of Earls Court, 20 of whom were u Since 2010, when Unusual Rigging covered the front of Earl’s Court in ‘grass’ for that year’s Ideal Home Show, a façade has become a trade mark for this long established exhibition. For the 2012 show, Unusual transformed Earl’s Court – externally at least – into a grand country house. 7 panels large centre panel measures 30m x 20m; weighs 335kg installation took 5 days to complete   plus, inside Earl's Court for 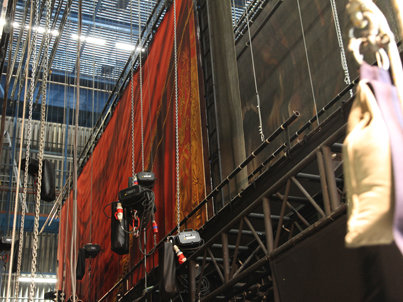 The Phantom of the Opera UK Tour 2012

Newly designed for the show’s 25th anniversary, The Phantom of the Opera tour schedule comprised 10 cities in 13 months. Key to its success was the combined expertise of the Unusual Rigging team, both on the road and back in the office: Total weight of show was over 25 tonnes 22 trucks Only four days between each venue Downstage machinery weighing 8 tonnes supported by mini grid secured to the building The famous Phantom chandelier, which swings out over the audience, weig Following a £4.9 million restoration project, the Newcastle Theatre Royal re-opened in September 2011 to reveal itself in all its original 1901 glistening gold leaf, sumptuous red velvet and rich wood panelling. The venue sparkles with an abundance of antique and Matcham style features, yet at the same time proves itself more than capable of accommodating the most technically demanding touring shows. A major element of this project was to ensure that facilities and positions for stage l Covering the whole of Great Britain and booking up to Edinburgh at the beginning of 2012, the tour of We Will Rock You tour required a number of time saving solutions. Unusual was commissioned to manage all the rigging, the motor control system and design the bespoke tracking system for the set pieces: 3 track winch and chain systems for set pieces Flying system for four LED video screens All hanging points and trussing   plus solutions for individual venues during the t Following the tremendous success of the launch of the British Military Tournament in 2010, the 2011 event was even bigger and better, with the addition of participating units from the Royal Navy and the Royal Air Force, plus the American military. Taking place in Earls Court, the Tournament is the largest display of military theatre anywhere in the world, pulling together the best elements of the world-famous Royal Tournament. Once again, Unusual Rigging supported the event, supplying cr Set in the former Eurostar terminal at Waterloo station, the York Theatre Royal production of The Railway Children required a 45m long theatre to straddle tracks and platforms plus house 1000 people and a genuine 66 tonne steam train. The station’s glass roof, not designed to take heavy loads, needed to support 450m of truss weighing 5 tonnes, with an additional 2.5 tonnes of lighting equipment and one tonne of sound equipment. Unusual’s Design Engineer, Jeremy Featherstone, worke

Held at Earls Court in London, The British Military Tournament brought together the best elements of the world famous Royal Tournament, incorporating them into a new show for the 21st century. As well as fabricating many of the scenic pieces, the company also took responsibility for the automation of all scenic pieces, including flying a model of a Chinook helicopter. A solo drummer – ‘Tommy Atkins’ – was lowered on a platform into the centre of the arena to face the R The Stockholm Waterfront Congress Centre, which opened January 2011, was designed to provide a venue for a wide variety of events, both national and international. As a congress hall it caters for up to 3,000 delegates; it also provides the city with a major exhibition venue as well as a concert hall. Unusual was contracted to design, manufacture and install a 1750 sq m modular tension wire grid: 173 custom designed and built panels to architect specified arrangement 250kN per square me