The National Portrait Gallery called on the expertise of Unusual Rigging to dramatically suspend a life-size scuplture by Antony Gormley as part of Antony Gormley - OBJECT, the artist's first display at the gallery. Allan Tyrrell, the gallery's engineering manager contacted Unusual having seen an exhibition some years previously at Tate Britain where a Harrier jet was suspended from the ceiling - another Unusual project.

The brief presented to Unusual Rigging was to devise a solution for the suspension of the figure in the main hall. Taking the requirements on board, Unusual: 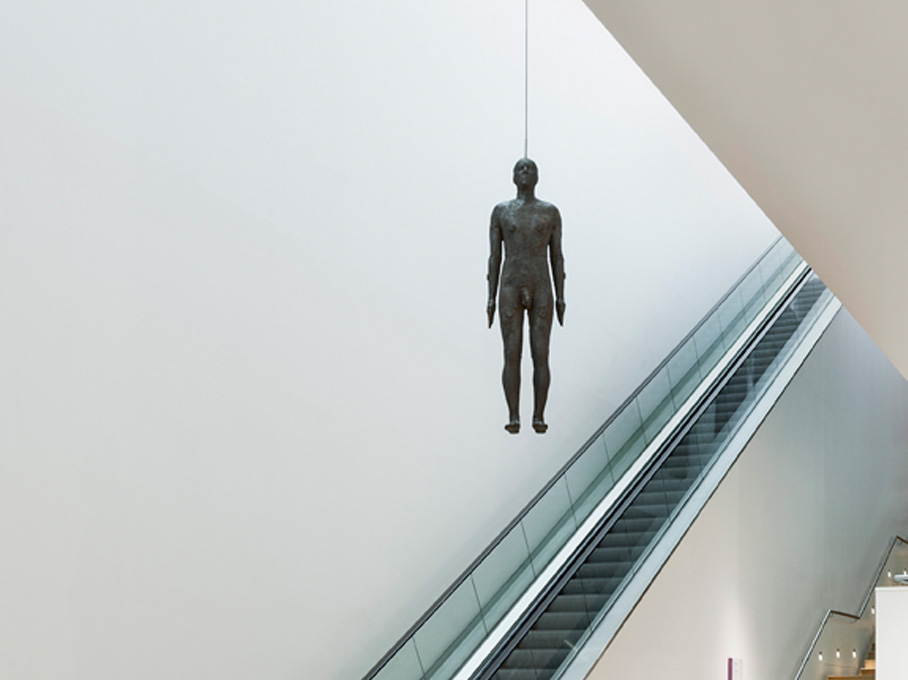