The Duveens Commission 2010 installation, Harrier and Jaguar by Fiona Banner, at Tate Britain featured two decommissioned fighter planes, a Harrier which was hung from the roof of the Galleries, and a Jaguar, balanced upside down on the floor.

The initial challenge of how to get the planes into the Galleries, on the second floor of Tate Britain, was met by cutting the planes into smaller sections, while enabling them to be seamlessly reconstructed inside the Gallery. Another consideration was the weight of the Harrier, which required Unusual to install additional weight-bearing steelwork between the inner and outer glass skins of the Gallery roof.

Both planes needed additional internal steelwork to enable them to be reassembled in position in the Gallery. For the Jaguar, strengthening steelwork was also needed in the cockpit, port wing tip and tail fin, as these were the only points of contact with the floor and supported the entire weight of the plane; the Harrier also required internal pick up points to which the internal rigging system could be fitted, culminating in just two rigging cables exiting the plane through the tail. 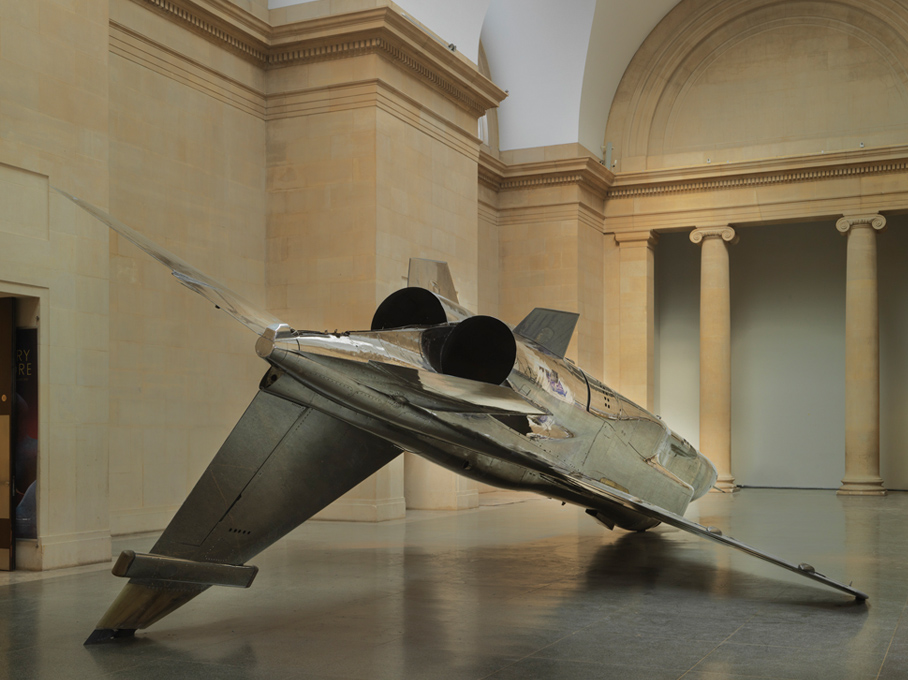 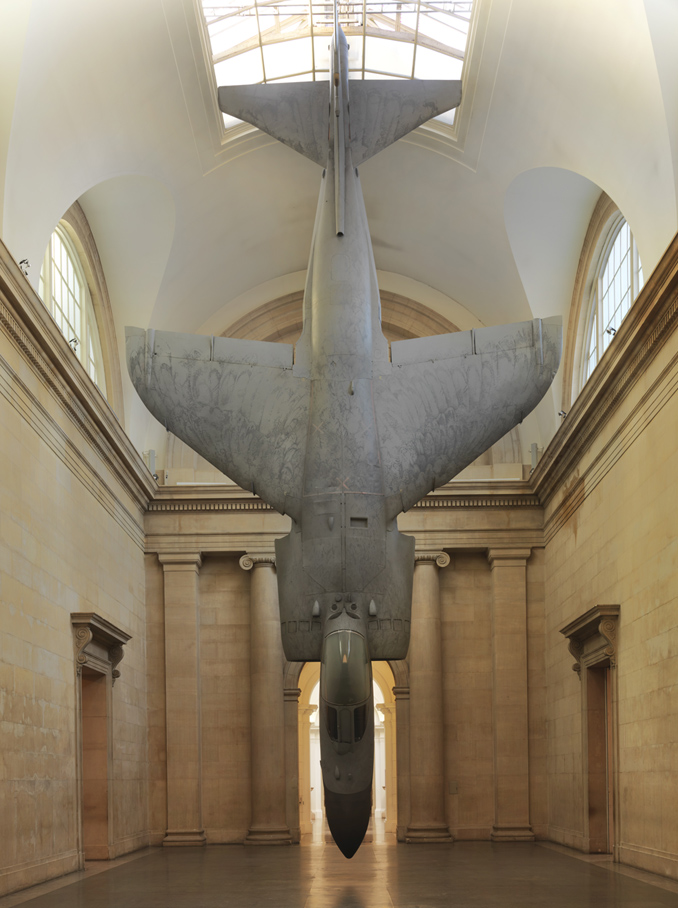