The V&A's Hollywood Costume exhibition is a once-in-a-lifetime opportunity to see the clothes worn by unforgettable and beloved characters such as Dorothy Gale, Indiana Jones, Scarlett O'Hara, Jack Sparrow, Holly Golightly and Darth Vader. The three galleries contain more than 130 original cinema costumes, some of which have never before left the private and archival collections in California. Many of these clothes have never been publicly displayed before and have never been seen beyond the walls of the studio archives.

The rigging for the lighting, sound, projection screens and other scenic elements was required to be robust, but as unobtrusive as possible. The tricky part of the commission was the flying and suspension of the super hero mannequins without causing damage to these precious costumes.

“The super heroes would never have flown without the involvement of Unusual Rigging; Robin Elias and his team were instrumental in resolving the challenges of the project.” Phil Wooderson, The Hub 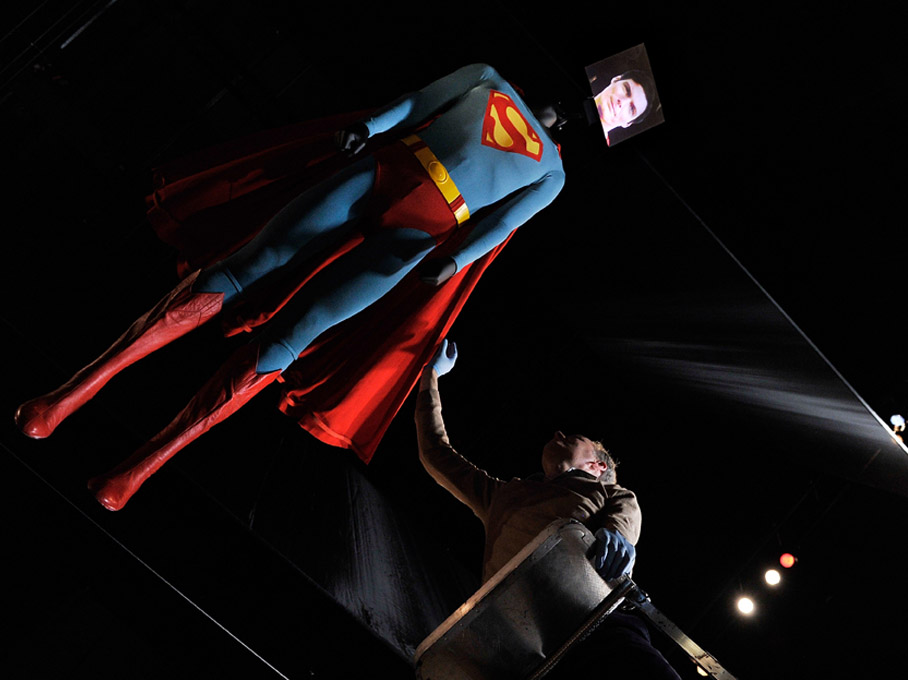 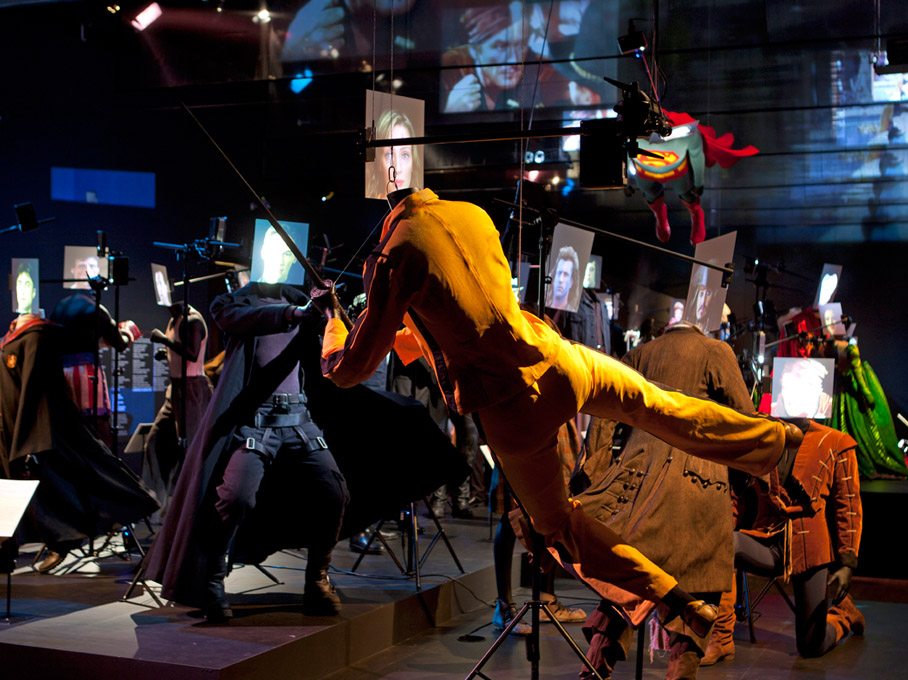 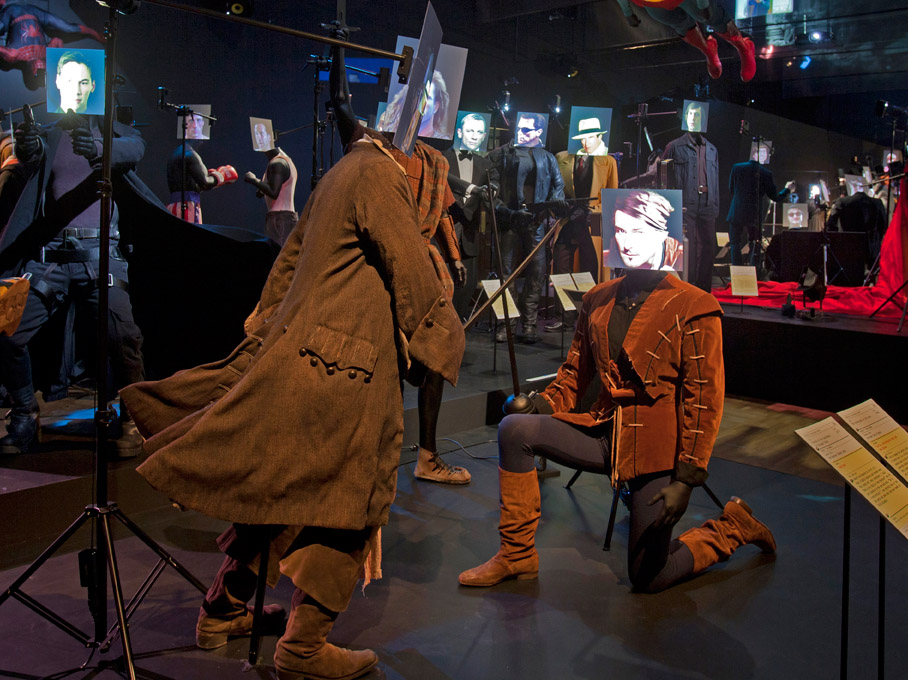