One Extraordinary Day was a series of awe-inspiring displays of acrobatics, beginning at 7.30am at Millennium Bridge and culminating at 10.30pm with 32 dancers taking the London Eye to new heights as a performance space, pitting their bodies against the extraordinary height and the disorientation of constant rotation.

Four of the events were created especially for the Day, and key to these was the support provided by Unusual Rigging, tasked with the welfare and safety of the dancers and proving once again that never has a company been more aptly named!

Robin Elias worked with STREB and Sapsis Rigging, STREB’s preferred contractor in the US, prior to the event to ensure that everything went without a hitch and earning himself the tag of ‘Hardware Whisperer’ from Elizabeth Streb in the process. Read the LSi magazine report here 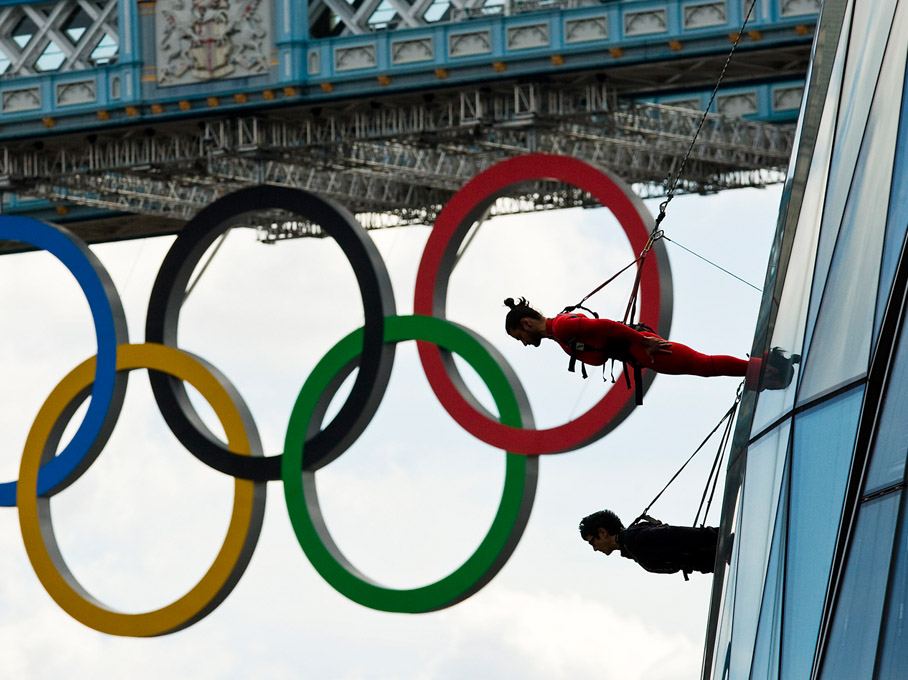 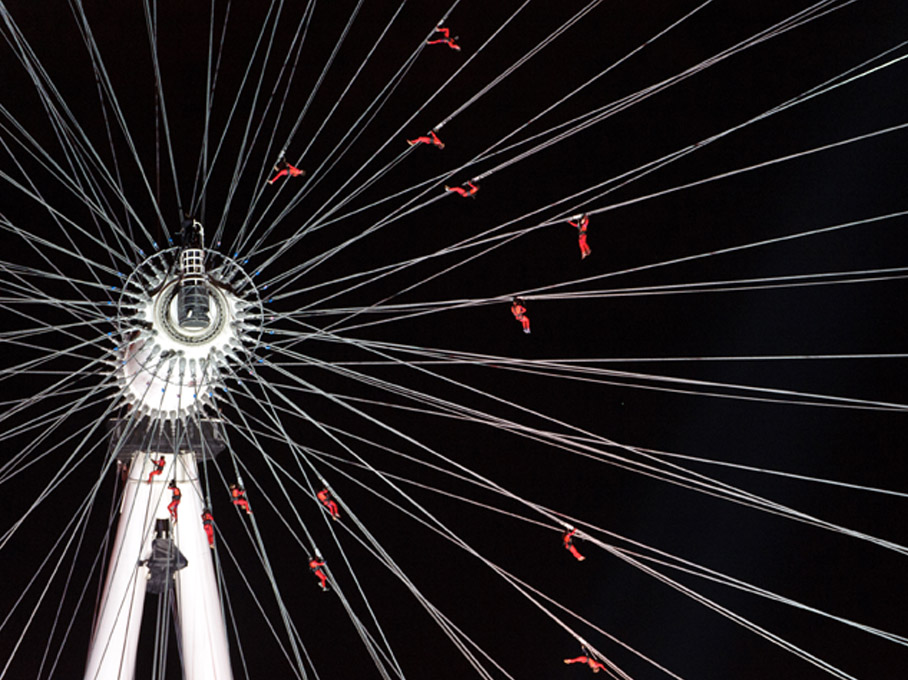 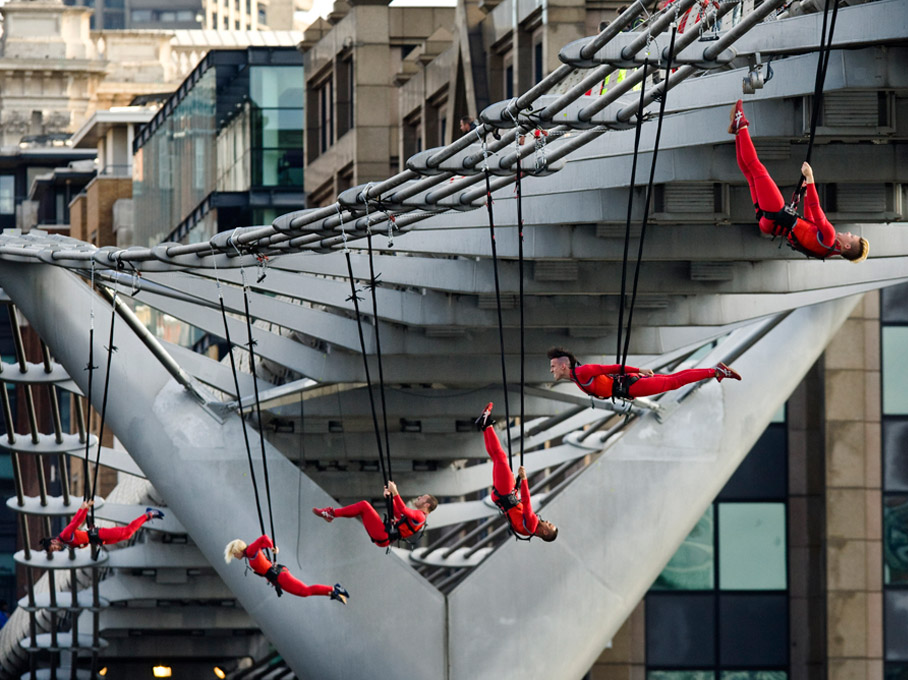 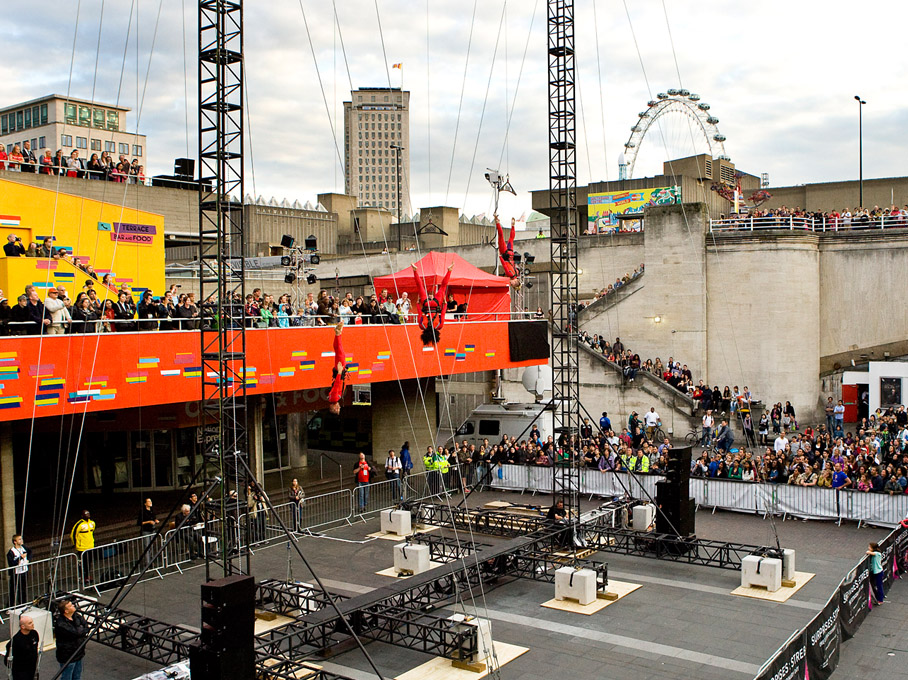