Technology with Heart was the theme of Jaguar and Land Rover's inaugural Tech Fest which took place at Central Saint Martins in London in September. Organised by London based creative agency Imagination, the event explored how technology contributes to the auto industry, and was packed full of innovative displays, which demonstrated how technology is being used to make a positive difference.

Jay Plomer, senior production manager, Imagination commented: "The venue for this event is a fantastic space, but it is a listed building, and right from the start we were told that it would not be possible to install any fixing points in to the walls and ceiling. This posed the challenge of how to light all exhibits in a big area within the space – and so we brought Unusual Rigging on board to help us solve that problem."

Paul Rhodes, senior rigging supervisor, Unusual Rigging explained: "We've worked with Imagination long enough for them to know how much we relish a challenge like this, so we got our heads together to devise a way in which to light the venue effectively while taking every care not to impinge on the fabric of the building in any way."

Unusual proposed a free standing truss structure that attached to the existing lift shaft, thereby providing the necessary height. Jay continued: "Unusual did an enormous amount of R&D to ensure that this was the most cost effective and safe way to achieve the goal. We then put together a proposal, and presented it to the venue which served to demonstrate that we have the best relationships with the top truss people in the industry, and that certainly gives them peace of mind."

Unusual also installed a temporary 3.5m x 6m screen in the platform theatre area of Central Saint Martins. Paul added: "The screen, with its rigging and motors came in at just over 1200kg, but luckily this was a fairly straight forward install and the theatre grid was a very friendly rigging area."

Jay concluded: "There is never any doubt that Unusual is absolutely the right company for challenges like this. Unusual Rigging is incredibly loyal to Imagination and that works both ways – it has done for a long time. Imagination proposes some pretty crazy ideas to Unusual Rigging and they embrace them – working tirelessly to help us execute the end goal for our clients." 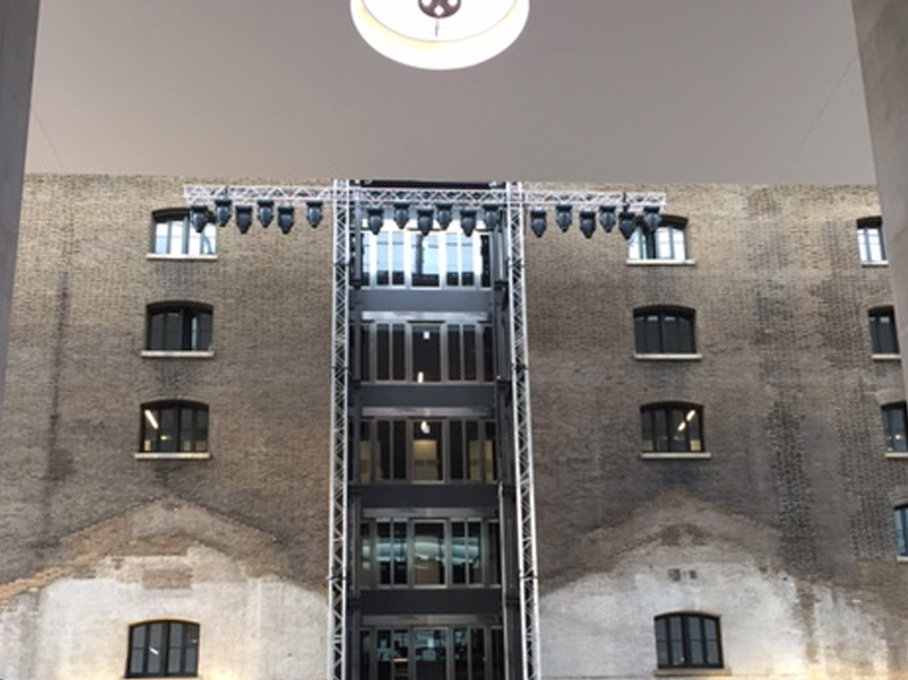 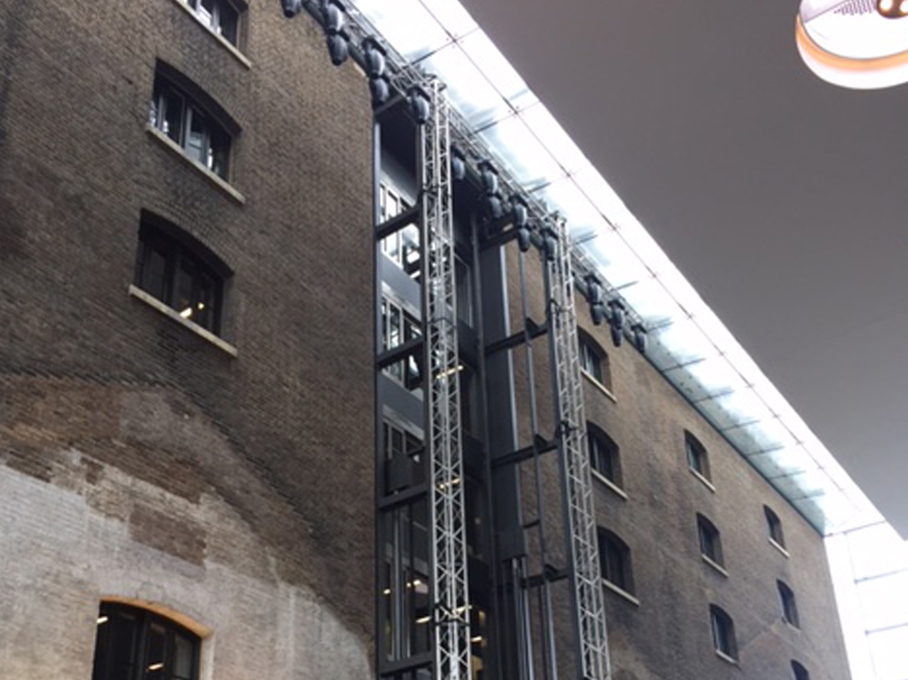