A little Unusual magic with Dynamo

Production manager Matt Towell is no stranger to working with Unusual Rigging, having worked together on numerous West End shows. So when Matt was brought on board to manage magician Dynamo's first tour, he naturally decided to sprinkle a little Unusual magic into the mix.

"The initial plan was to have Unusual Rigging supply us with 125 motors for our production rehearsals in LH2, but as I've found from working with these guys in the past, once they're involved, it's hard to imagine doing any of the tour without them. And so we enlisted the team to do the entire show - all the rigging for the staging, scenery lighting, staging and sound. They also provided all the rigging services - the pre-production rigging plots for all the venues as well as all the liaising with the venues and structural engineers."

The brief given to Matt by Ric Lipson on behalf of Stufish, who designed the show was to create a spectacular performance with flying pieces, performing in numerous venues, predominantly arenas - which have no flying systems. "Emily Egleton, one of Unusual's design engineers was amazing. The Dynamo tour is heavy - weighing 28 tonnes - 20 of those are above the stage while eight are front of house. But she came up with a very cunning design which took into consideration how to rig exactly the same show in all the venues that Dynamo will play at over the coming months."

Emily said: "The first four dates of the tour are performed in theatres where, to some extent rigging the show is easier since there are more rigging points. Once you move into the arenas, you have to create a proscenium and the level of engineering required to make the show less difficult to tour is extremely complex. The trusses are heavy and the number of motors required is large. This of course varies from venue to venue with the greatest number in use in the arenas since there is much more equipment to rig but no flying system. We adjust the show for each and every venue, not really knowing exactly what's required until we carry out a recce just before we move in."

Load ins are tight - the crew are required to load in 11 trailers of kit and rig the entire show in just two days, and over the coming months this will be a weekly task. Emily continued: "For our crew this is no mean feat. In the arenas, they are able to drive right into the venue and unload, but the theatres pose more of a challenge - you're frequently parked 2 trailers at a time on a cobbled street, having to unload down ramps."

Matt concluded: "While Dynamo is the star of the show - Unusual could really give him a run for his money - he performs magic - they perform miracles. They're professional, flexible, have the skill set to cover all the drawings and last minute engineering. The riggers' approach is nothing other than 100% professional, their health and safety documentation is fantastic, they're totally up to date on cdm - in fact they tick every box." 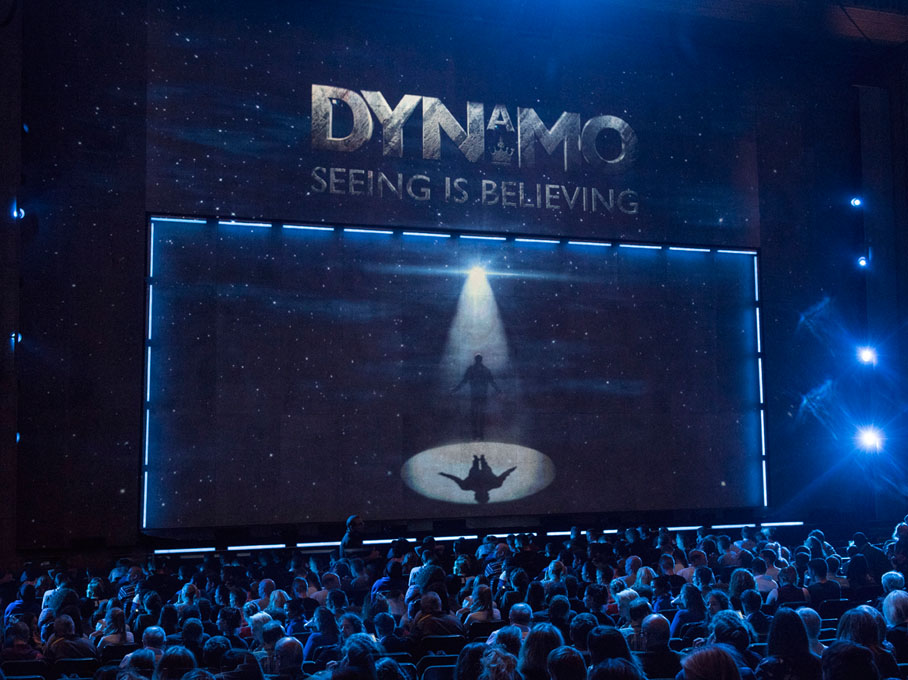