With Ant & Dec’s Saturday Night Takeaway challenge standing at two all, the series decider on Saturday April 6 saw the pair climb a Tower of Terror at ITV’s London South Bank Studios. Giving an added edge to the challenge, the 50ft tower, designed and built by Unusual Rigging, was suspended 120ft above the ground.

Describing the tower, Unusual’s Technical Director Robin Elias said: “The challenge for us was to design a safety system that would allow them to perform a daring and exciting challenge without taking anything away from the feat itself. We were responsible for the safety management of the event, and specifically the safety management of working – or in this case, playing – at height.”

Working to a brief from producer John Adams, Unusual had just three days to come up with the structure that would challenge the boys to the limit: two 50ft square truss columns with randomly placed Perspex panels which forced the climbers to constantly change sides on the way up. Once at the top – and standing on just a 20” square platform – the winner had to reach a large button to ignite the pyro contained within a circular truss.

To add a certain frisson to the boys’ climb, the Tower of Terror was suspended from a crane and swayed in the wind under the trained eye of Unusual’s Jason White, the approved lift supervisor.

Elias continued: “We used our own GP truss because it doesn’t have pins or clips sticking out which could catch hands or clothing, and also provided the crane, crew and all safety equipment. The system was designed so that if either Ant or Dec lost their footing or hand hold they would fall away from the structure and be belayed down to the ground.

“We had no margin for error. The tower was set up the day before and stand-ins rehearsed to enable the lighting and camera crew to get the right shots, but Ant & Dec did it live and completely unrehearsed. They were both extremely appreciative once they were back on terra firma!”

If you missed the programme, watch Ant & Dec's Tower of Terror here 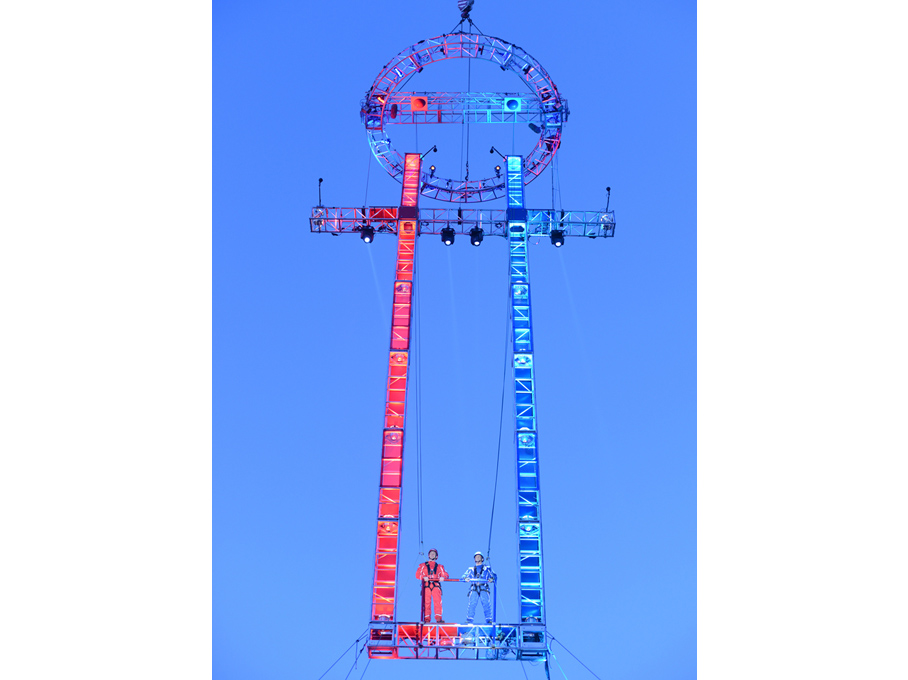 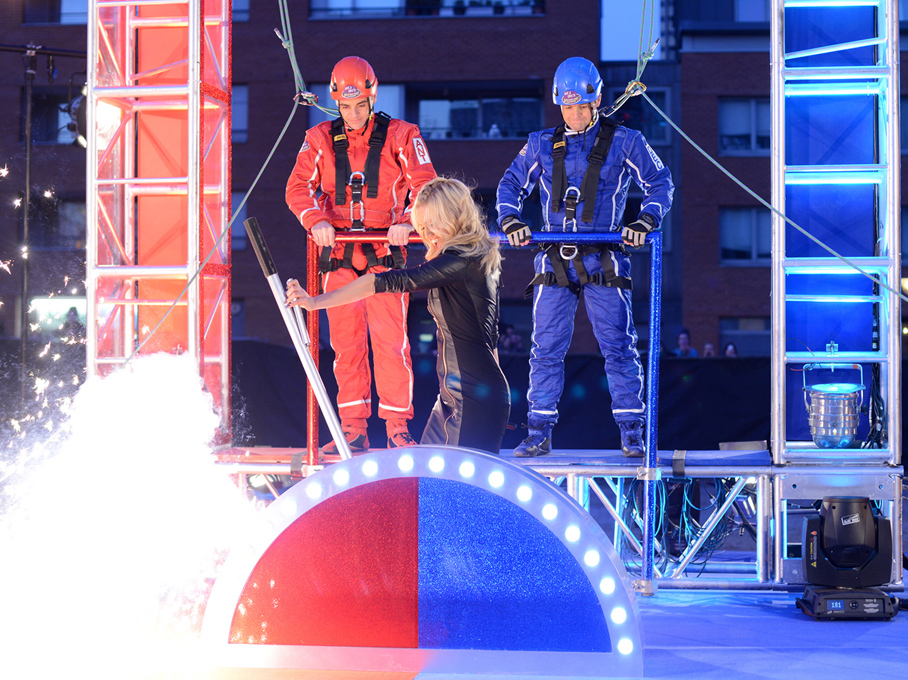