When the Aldwych Theatre in London’s West End opened in December 1905, Las Vegas was only six months old, the Wright Brothers had just made the first aeroplane flight lasting more than half an hour, and Albert Einstein had just proposed that “E =MC2 ”.

Staging a theatrical production weighing in excess of twelve tonnes, with a set of automated sliders that weigh two tonnes alone, was not envisaged by William Sprague when he designed the moderately sized Georgian style theatre, which is now a Grade II listed building.

Turn the clock forward by 109 years and this was exactly the challenge that faced Unusual Rigging when they were brought on board by Matt Towell, production manager behind the latest West End hit Beautiful – The Carol King Musical, to figure out how to hang 12,813kg over stage from the original timber roof structure designed to take half that load.

Unusual’s Jeremy Featherstone explained: “As always, the production period was tight with the previous show finishing on Saturday, January 3 and cast on stage for Beautiful a little under four weeks later. This gave a window of two weeks in which to go from an empty theatre to a completed set in time for technical rehearsals.”

With twelve tonnes of show and less than seven tonnes capacity, Unusual set about designing a solution that would involve installing three runs of heavy duty truss running cross-stage below the grid level to support over four tonnes.

Jeremy continued:  “While there is an existing loading gallery on stage left, ideal for the purpose, these trusses had to be “semi-permanently” fixed into the wall of the building on stage right using large gallows brackets held in with fifty chemical anchors.”

Matt Towell added: “The theatre continued to throw even more challenges at us. To add to the problems, the wall itself was not capable of taking the two and a half tonnes extra load that the new trusses were to impose on it, so some of this was taken down into the pin-rail. As a result, the pin-rail would have failed under the weight so the Unusual team installed two more beams to restrain this back into the same wall. This enabled the wall and fly floor structure to act together rather than independently and provided the strength required.”

To further stabilise the roof structure, and enable it to take the remaining eight tonnes, Unusual fitted strengthening channels to the underside of the grid pallet while extra bracing was also added to the one and only steel beam in the fly tower, to prevent this from buckling under the load.

Starting at 9am on Sunday, January 4, the cross-stage trusses, including all the bracketry and fixings plus the grid strengthening work, were completed by the end of the following day, whilst at the same time another team from Unusual were engaged in fitting the spreaders, diverts and drops which are always a big part of a West End fit-up.

Matt concluded: “It would be all too easy to overlook the grid works, given the complexity of the strengthening works, but in five days Unusual had installed twelve sets of diverts, forty metres of spreader beams, thirty drops and reeved several kilometres of steel wire rope so that flying could commence at the start of Week 2. I’ve said it time and again, but there really is no substitute for Unusual Rigging. In my opinion they stand head and shoulders above the competition – they understand these old theatres and are always prepared to deal with whatever worst case scenario the buildings throw at them. As a team, they give us a deadline for when the work will be completed and they have never failed to deliver to time and on budget.”

"Unusual understands these old theatres and are always prepared to deal with whatever worst case scenario the buildings throw at them." Matt Towell, Production Manager 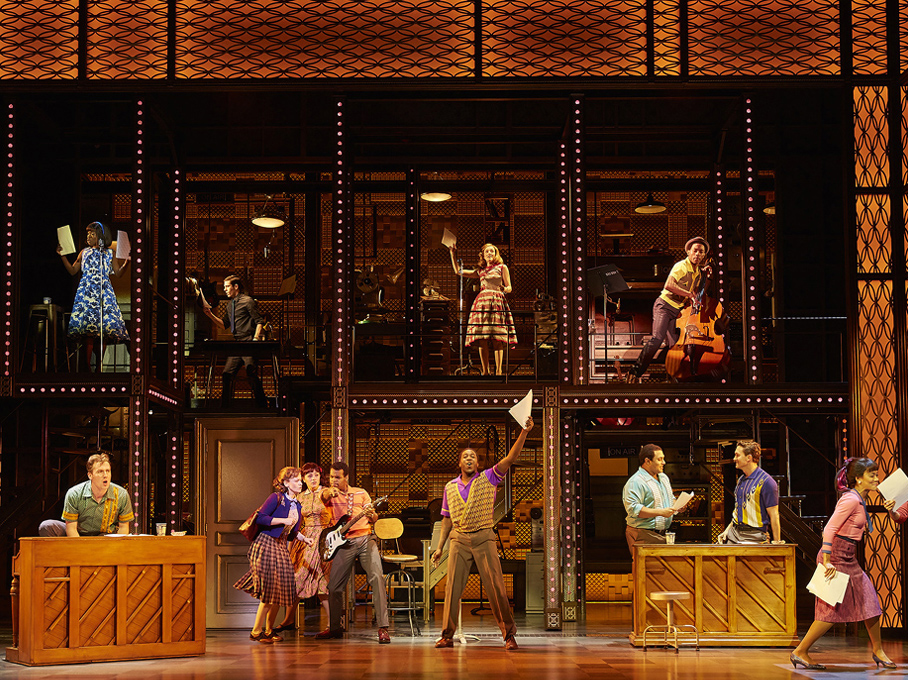