Curious Incident of the Dog in the Night-Time

The Olivier Award winning play, The Curious Incident of the Dog in the Night-time took to the road in December 2014 for a one year UK tour. Having wowed UK audiences since it opened at the National’s Cottesloe Theatre in August 2012, the production transferred to the Apollo Theatre in March 2013, and is currently playing at the Gielgud Theatre to rave reviews. Keen to ensure the tour is equally successful, Damian Partington, production manager, National Theatre Productions, brought Unusual Rigging on board to help ensure a flawless move between venues, and supply a range of rigging equipment.

Damian explained: “The Curious Incident... tells the story of a fifteen year old boy as he aims to solve the mystery of who murdered his neighbour’s dog, and it’s a show that Unusual Rigging is very familiar with since they worked with us on the version that’s currently on at the Gielgud Theatre. Our working relationship spans several years, with One Man, Two Guvnors and War Horse already under our belts. The UK tour is very demanding – we have a packed schedule and just a three day turn around between getting out of one venue and into the next, so it was vital to work with a company in whom I had the utmost confidence and who are used to the challenges and pressures of such a production.”

With the aim of producing a tour that is in no way an inferior production to the main event in London, Damian and the Unusual Rigging team worked on a brief that required Unusual to design a system for making a rig hang in the rehearsal room, so that the company could carry out technical rehearsals of the show before moving into the first venue.

Emily Egleton, Unusual’s design engineer said:  “While the set may not be elaborate in the same way as a big scale musical show might be, the lighting of the show is integral and the cast needed to rehearse with the lighting effects in place. The brief gave us approximately 8 weeks before the show went into rehearsals at 3 Mills Studio. While this isn’t the shortest lead time we’ve ever had to work to, the fact that I have recently joined Unusual Rigging from the National Theatre where I was responsible for drawing up the set for Curious Incident... naturally gave us an advantage.”

Emily added:  “Curious Incident... really challenged us to ensure a flawless move between venues and additionally recognise the often complex needs of each individual theatre. We have to fit an awful lot into pre-production and work closely with the creative team to ensure the specific challenges are met will maintaining the integrity of the show across the tour.”

Damian concluded: “Unusual Rigging offers a service that ensures safety, familiarisation with the touring theatre industry and almost every theatre in the UK. The ability to manage the schedules, staff and equipment has proved to be consistently reliable. We feel in safe hands with the expertise and support Unusual Rigging offers to all the shows on which we collaborate.” 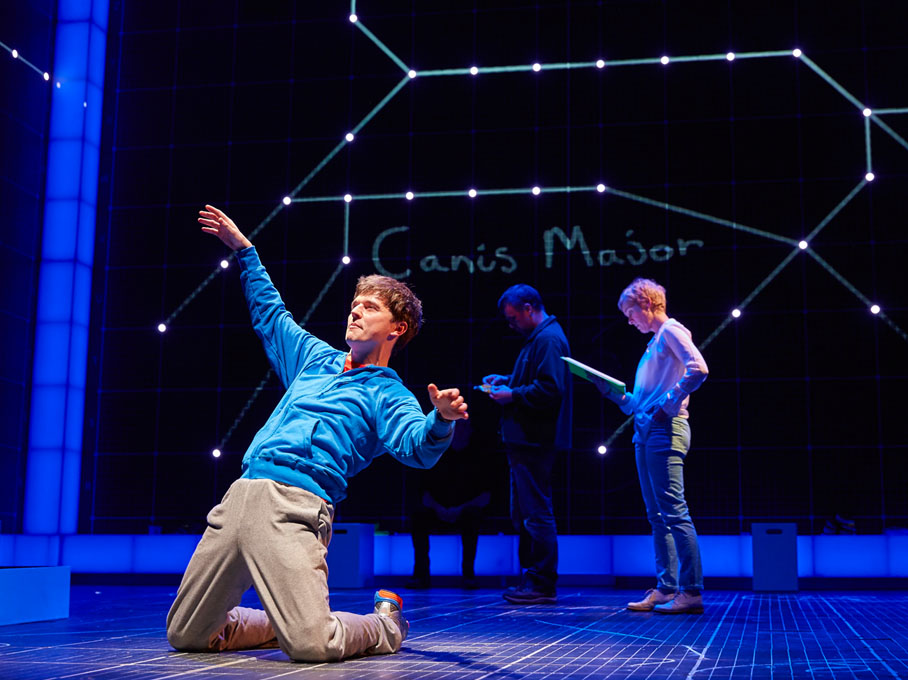