The Wind in the Willows

This summer, the London Palladium will play host to Mole, Ratty, Badger and Toad as they tread the boards in a major new musical adaptation of Kenneth Grahame's classic novel, The Wind in the Willows. Adapted for the stage by Julian Fellowes, George Stiles and Anthony Drewe, the British musical toured the UK late last year, playing in Plymouth, Salford and Southampton. But, says Patrick Molony, the show's production manager, the complexities of touring the production pale into insignificance when compared to putting on the show at the London Palladium. Knowing the challenges that lay ahead, Patrick brought Unusual Rigging on the team so that they could work through these challenges together.

"Producers think the Palladium is a big theatre, because of the number of seats and the shows that have been there in the past," said Patrick," but this is certainly not the case. It's actually a very small stage without any modern facilities. The grid in particular is a tricky one to work in and presents the riggers with massive challenges. While the show in itself is complex (the scenery is traditional but there is an awful lot of it), the Palladium has added hugely to the difficulties we faced, and so bringing the Unusual team on board was something that I always intended to do, getting them involved as early as possible."

Patrick added: "On the tour, we were in very big theatres with modern flying systems and vast amounts of stage space. Even in Southampton, which is a big stage, we had three trucks full in the loading bay with scenery to change over in the interval, so you can only imagine how difficult it was to get it all into the Palladium."

Patrick worked closely with Simon Stone and the Unusual team to make the seemingly impossible happen. "With their design input, riggers and kit we have managed to squeeze in 20 stage storage motors with 10 very large bespoke pallets that are moving for almost the entire show. For storage during the show, we have flown two cars stacked on pallets, a gypsy caravan, a full sized narrow boat, part of a train, a court room, 30 chairs, a 6m round table, Mole's house and many other small prop items. Between the team at Unusual and our stage manager Graham Harrison, they have worked out a great solution to a very difficult game of Tetris. Watching the show from back stage is almost as exciting as watching from out front."!
He concluded; "I have worked with Unusual for many years and on lots of shows in the UK and abroad. I know that with them on the show, any problem can be solved. They help us to get the shows up on time, safely, and provide the best people in the industry to work with you – solving any problem. In my opinion, there is no other company that comes close to them in terms of service, planning, engineering ability, safety or personnel."

"In my opinion, there is no other company that comes close to them in terms of service, planning, engineering ability, safety or personnel." 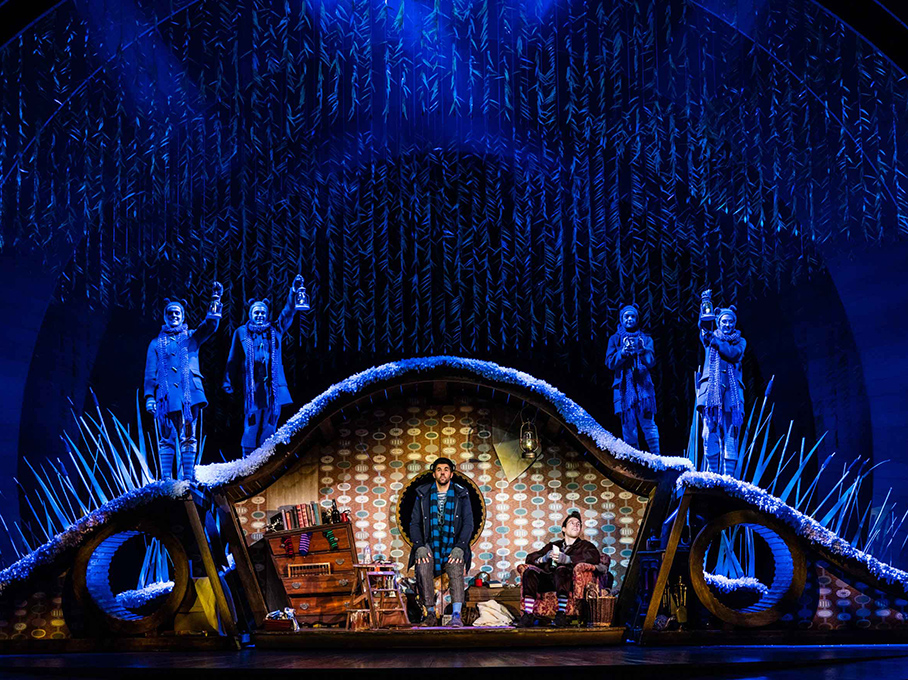