Unusual Rigging has conducted a series of inspection and maintenance checks at the Royal Albert Hall in preparation for an eventual post-COVID re-opening. With the venue shut for the first time since the Blitz, it was unable to carry out its usual April inspections and maintenance and as such the statutory examination periods for some hoists had expired.

Alexander Tripp, deputy head of technical at Royal Albert Hall explained: “While being closed has meant that there is less wear and tear on some of the equipment than there would usually be, this is not the case for the majority of it, There were also a number of examinations that needed to be carried out – thorough examination of rigging equipment being one of them. We wanted to get this rectified as soon as possible, but there were many challenges that needed addressing before work inside the Hall could be safely resumed.”

With the BBC Proms confirming a series of concerts in the Hall, as well as fresh working guidance and risk assessments being put in place, the timing was right to complete the outstanding maintenance. Unusual is no stranger to the Royal Albert Hall, with one of its earliest projects there taking place around 20 years ago, designing and building a large movable work platform that was put into action when the Hall replaced the plasterwork and coving of the auditorium. Since then, Unusual has supplied numerous pieces of kit, from chain hoists and rigging equipment to bespoke equipment. Most recently the Unusual team designed and manufactured brackets for the roof of the Hall which attach to the original Victorian iron beams. “This project has allowed us to install a permanent rigging point at almost all possible positions which will virtually eliminate the need for day to day climbing in the future,” said Alexander.

All the work carried out by the Unusual team was carried out in keeping with the government’s safety guidelines. “Because we have more time to carry out maintenance tasks, which are usually conducted around an incredibly busy show programme, we were easily able to limit the number of staff and contractors on site,” said Alexander. “The number of people in the building at any one time was further reduced by grouping Hall staff into smaller teams that worked shifts together. We issued COVID-19 rules and guidance to staff and contractors in advance, and drew up maintenance specific risk assessments, to further reduce the chances of infection.”

The work was carried out over a couple of days in mid-July – possibly one of the hottest weeks of the year so far. “For anyone who hasn’t experienced the roof of the Royal Albert Hall, where most of the servicing and examinations take place, it’s rather like a big greenhouse, and can get very hot when the sun is shining. So safety concerns were compounded by this additional issue which we mitigated by adjusting shift patterns and working when the weather was cooler,” added Alexander.

In carrying out its essential maintenance work as soon as government guidance allowed, the Royal Albert Hall is now prepared for the green light to get performances up and running again. Alexander commented: “I’ve been asked why it’s so important that venues continue to invest in keeping on top of their inspections and maintenance at a time when many are struggling financially and no performances can take place. The answer, of course, is that prevention is always better than a cure, especially when the consequences of doing nothing could be so extreme. Inspection and maintenance of equipment is essential in ensuring that accidents don’t happen. Regular maintenance is also cost effective in the long term, helping to increase the longevity of equipment and in turn save money by replacing the equipment less often.”

He continued: “In common with the rest of the cultural sector, the Hall isn’t currently permitted to stage live performances. With the future so unclear, keeping on top of inspections and maintenance ensures that we would be ready to stage shows at relatively short notice.”

Alexander concluded: “We are navigating our way through one of the strangest times in history and our industry is far from out of the woods yet. The survival of companies like Unusual is essential to the existence of the live events industry in general. Without companies to support productions and venues, there is no show. This industry is good at adapting and while venues remain closed, we are already seeing examples of outdoor live events with social distancing. We have also seen pubs, restaurants, shops and other businesses re-opening in a safety conscious way. The Hall cannot viably re-open with social distancing – our capacity would be around 36%, far lower than the 80% we typically need to break even. So with our colleagues across the sector, we have been asking the government to consider a range of checks and balances in place of blanket social distancing guidelines. These would require new equipment and infrastructure, and suppliers like Unusual Rigging would – as before – be integral to making that a success.” 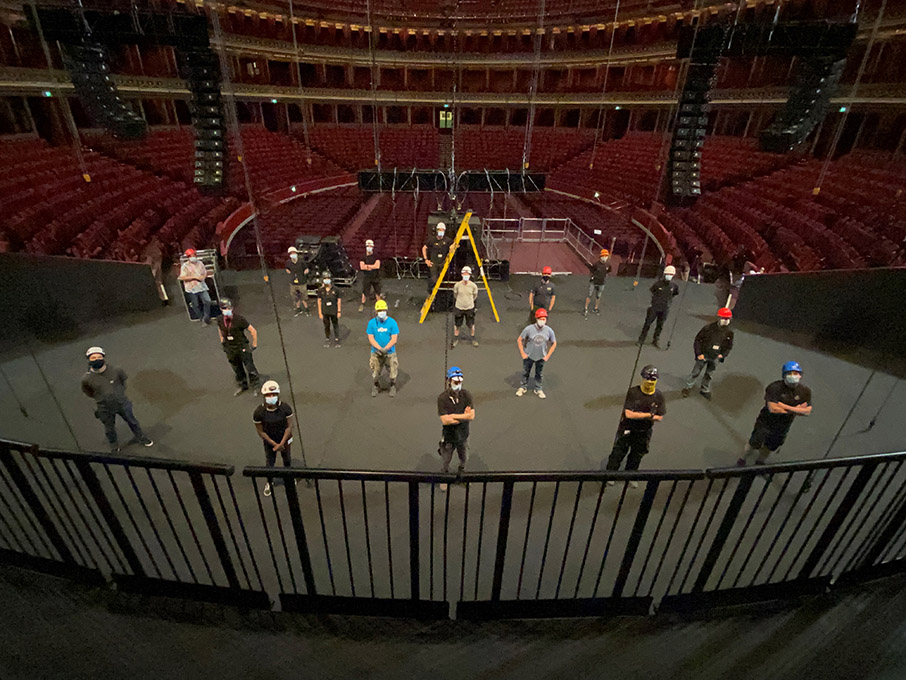 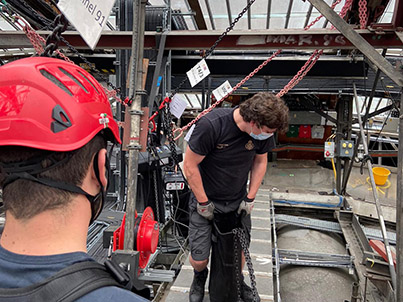