The European Games opened in Baku, Azerbaijan  on June 12th to a sell out crowd at the National Stadium and closed to equally great aplomb 17 days later. The ceremonies, brought together by world -leading artistic production and technical teams, proved themselves to be an historic event, not just for Azerbaijan, but the entire European sporting community. With over 2000 volunteer performers involved in the ceremony, and more than 300 production staff behind the scenes, the ceremonies were streamed worldwide on Baku2015.com.

Such prestigious events demanded an expert team of  riggers to provide the infrastructure for the ceremonies, and as such, Nick Eltis, Senior Technical Director for the Baku 2015 Ceremonies, chose Unusual Rigging to supply the full production rigging equipment and services.

Nick explained: "Having worked with Unusual Rigging in Sochi, I was confident that Steve Porter and his team had a good understanding of what was required for the European Games, and I felt comfortable that our needs would be met and excellent service delivered. Unusual provided the most complete tender response with good pricing, and on that basis came on board to provide everything we needed - all the truss, motors, general rigging and also show riggers and aerial rescue (which was fortunately not required)."

Steve Porter, senior project manager at Unusual added: "We arranged an initial site meeting with Nick just before Christmas in order to get a better understanding of the requirements of the opening and closing ceremonies.  Based on that, and several other meetings that followed, we supplied 4000m of various sized trussing, 500 1 tonne hoists ranging from 30m to 75m height of lift and 16 flying equipment racks. We were also responsible for all installation and removal labour, supplying the show crew and rescue cover for the whole of the load in and load out, and for the duration of the show and rehearsal periods."

With rehearsals commencing on 22nd May, the Unusual team  installed the rigging in just two weeks . Steve continued: "It was great to work with the 5C team on this project after our initial meeting in Sochi a few months earlier, with a finished stadium and some really friendly local people”

Nick concluded: "Unusual Rigging really does offer a professional and cost effective solution. The beauty of working with Unusual on events like this is that they 100% understand the requirement of the job, and the shifting needs of the production throughout the entire period. They know how to provide good management, and work with the production team to make the entire process efficient and trouble free." 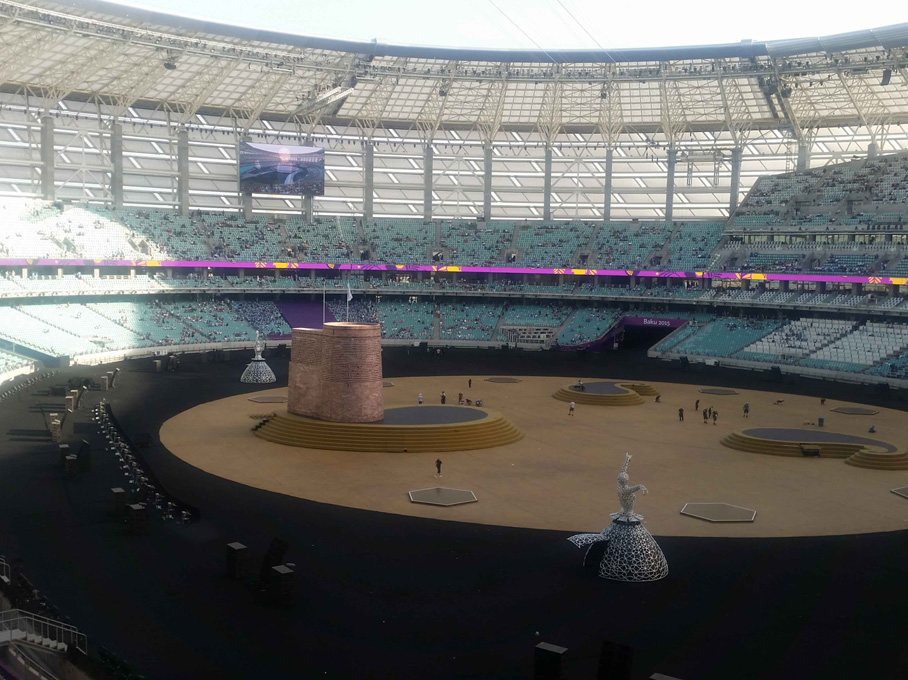 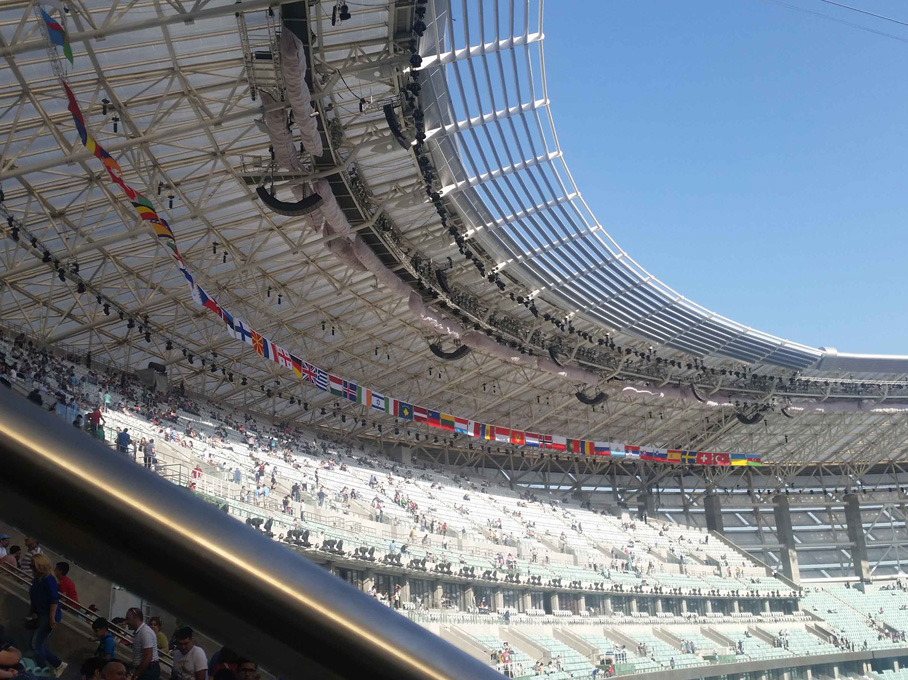