Back to the Future the Musical

Back to the Future, the Musical, arrived in 2020 at the Manchester Opera House on February 20th; the 1985 movie and pop culture phenomenon has been transported to the stage by the film's original creative team of Bob Gale and Robert Zemeckis. Sending audiences on a ride through time with an iconic hit music score, and featuring the famous DeLorean, production manager Simon Marlow, brought Unusual Rigging on board to handle the complex rigging requirements of the show.

Unusual Rigging was contracted to supply all the rigging – both for the load in and the run of the show. Simon said: "Unusual's Emily Egleton has been at the helm; we have a great relationship, having worked closely on a number of shows together including Bat out of Hell the Musical and And Juliet. She was tasked with designing all the diversions and the hanging plot for Back to the Future and yet again squeezed more than would seem possible into an extremely tight space."

The show relies on some very complex auditorium rigging as well as a challenging onstage rig as Emily explained: "Front of house, we've created an environment around the audience in the form of giant circuit boards that extend into the auditorium. To do this, the proscenium was extended so that the audience is almost enclosed by the circuits. This in itself was quite a challenge because the capacity of the roof in Manchester is pretty good – but hidden within the circuit boards is a significant amount of equipment – LED lighting, speakers etc. In the venue, the capacity changes across the roof so balancing the load in the right places was no mean feat."

On stage there are a number of flown elements – some of which are too heavy for house flying system. Emily continued: "Manchester is a wooden grid which means that you have to think cleverly about the best way to spread the load.  We also had to come up with a way of storing a lot of the set in the wings. There are several large bits on this show so we fabricated some bespoke storage frames at our facility in Bugbrooke that are stored in the air when not in use."

With the front of house presenting such intricate challenges, it was vital that all work was done in the correct order. "The circuit boards had to be built in one piece and flown so we had to ensure that the infrastructure behind them was right, because, once up, there was no way we were going to get them down again," said Emily.

Simon added: "Fortunately, because Unusual and myself have done so much work at the Manchester Opera House over the last few years, we managed to  install everything with only minor changes to the venue. We had a team of five riggers from Unusual doing the load in, headed by Gavin Snelling, who all did an amazing job and should be proud of what they achieved in a very tight load in schedule."

Simon concluded: "Sadly, in light of the Covid-19 situation sweeping the world, we have had to turn the light off on the show for a little while. We lowered the curtain on March 16, but like the rest of the industry, we hope that we will be re-opening our doors again in the not too distant future. Back to the Future is s a highly technical show and we knew from the start we'd need the best riggers to help us meet the demands – and Unusual fits the bill." 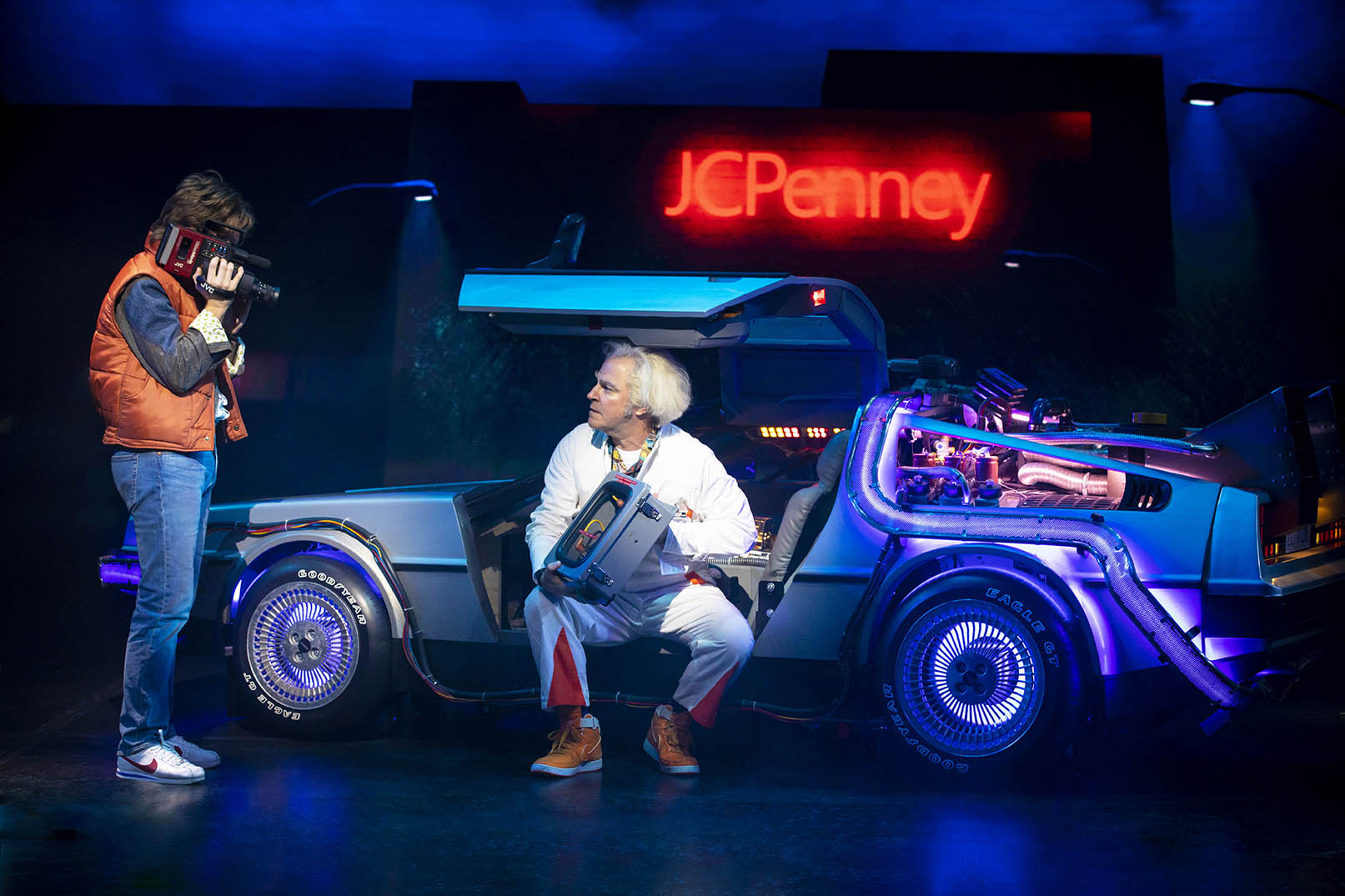 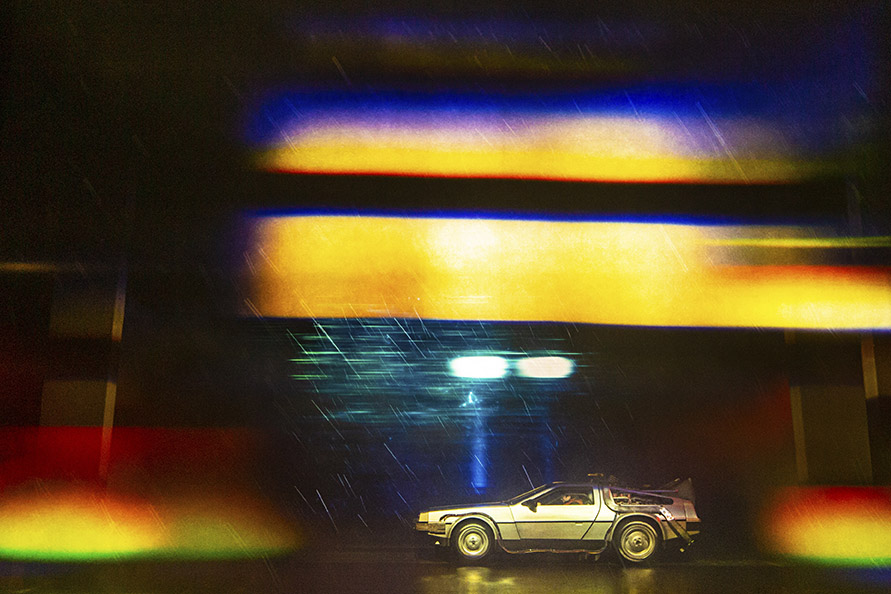 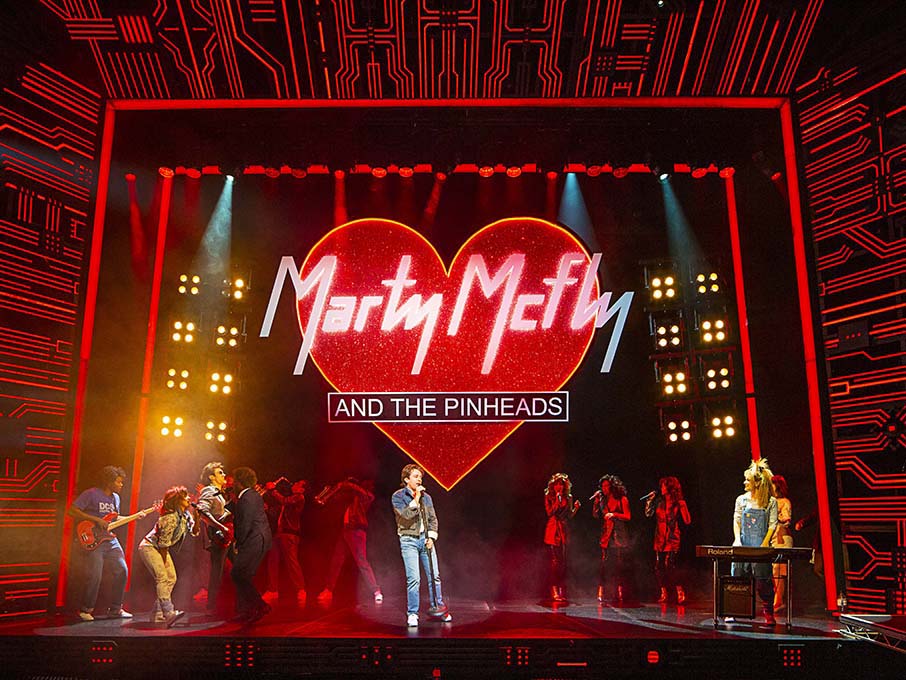