The Gateway Plus project is a redevelopment scheme to regenerate Birmingham New Street station, and the Grand Central shopping centre above it, headed by MACE Group for Network Rail. With more than 140,000 passengers using New Street station every day (more than double the number it was designed to accommodate), one of the major challenges of the project has been to look at ways to keep the station, and the routes to and from it, fully operational at all times – no mean feat with 1000 workers currently on site, working 24 hours a day, 7 days a week.

It was retail showman Harry Selfridge, founder of the famous Selfridges store, who likened the idea of shopping to a theatrical event. With this in mind, it is perhaps not surprising that Unusual Rigging, a leading supplier of rigging and technical solutions to the entertainment industry, was brought on board to provide temporary walkways and working platforms to ensure that work could take place around the clock with minimal disruption to the thousands of people passing through the station each day.

Colin Harwood, Temporary Works Co-ordinator at MACE Group, explained: "One essential part of the project has been to refurbish a link bridge which connects the station with the famous Bullring shopping centre. When Network Rail & Birmingham City Council applied for planning permission, one of the commitments made was to ensure that a walking route was maintained at all times. At first, MACE and Network Rail reviewed the option for installing half the floor with a fence line maintaining the public walkway, but this was not a viable option since the bridge width is only 5.5m wide and a minimum of 3.6m is required for the scenario of an emergency evacuation in the event of a fire. We came up with the idea of a raising and lowering platform and got in touch with Unusual Rigging to bring our ideas to life."

Colin and other senior members of the team visited Unusual Rigging at the company's headquarters in Bugbrooke, Northampton, to meet with the team of designers, fabricators and operations team. "After reviewing some of the schemes they'd delivered for other clients, and understanding the timescales in which they have to react on occasions, it gave us confidence that Unusual Rigging would be able to produce the goods, ensuring programme certainty for the project."

Mark Priestley, major projects, Unusual Rigging said: "Colin approached us with the idea of hanging a deck from the ceiling that could be lowered down in the day time for the public to walk over then raised after 9pm so work on the floor beneath could continue. For this we supplied eight chain hoists, a grey plywood floor, aluminium truss, steel joists and handrails which fold down to allow the platform to be raised."

Colin commented: "The industries in which Unusual Rigging and MACE operate on a day to day basis are worlds apart, but the saying "the show must go on" applies just as much on a building site as it does on a West End stage. With an opening date this September, every hour of productivity counts. Working with Unusual Rigging has been a pleasure – nothing has ever been too much trouble to ask of their team. Mark pays a significant amount of attention to detail – an invaluable characteristic when delivering technically demanding schemes in a work environment with numerous interfaces and procedures."

He concluded: "The rail industry is regarded as one of the most dangerous work environments, but observing the professionalism of Unusual Rigging, I'm confident that the work they've done for us in Birmingham will serve to show just how adaptable they are, and I imagine the company's success both inside and outside of the entertainment industry will continue to flourish." 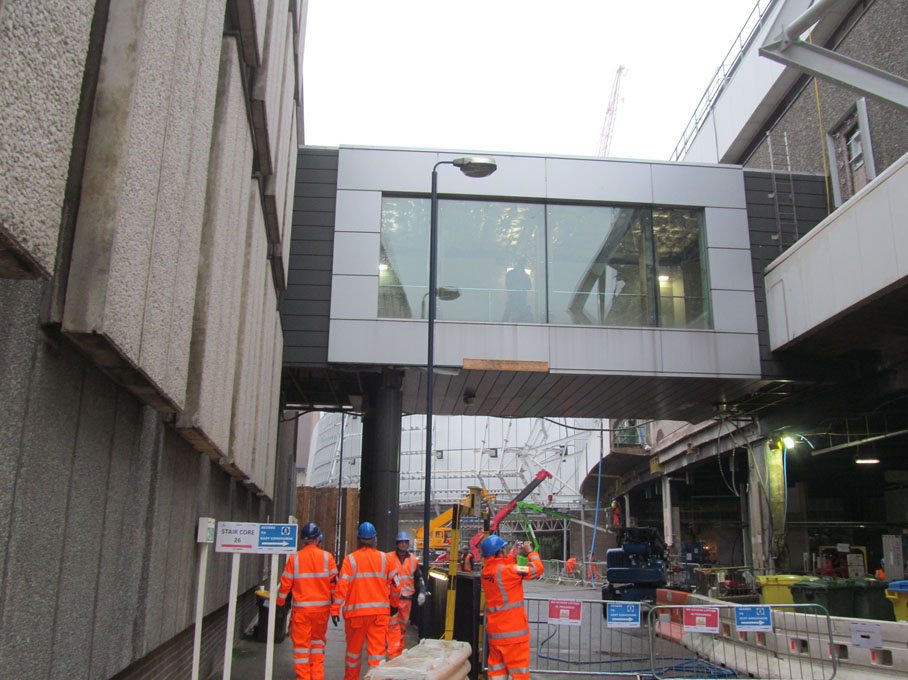 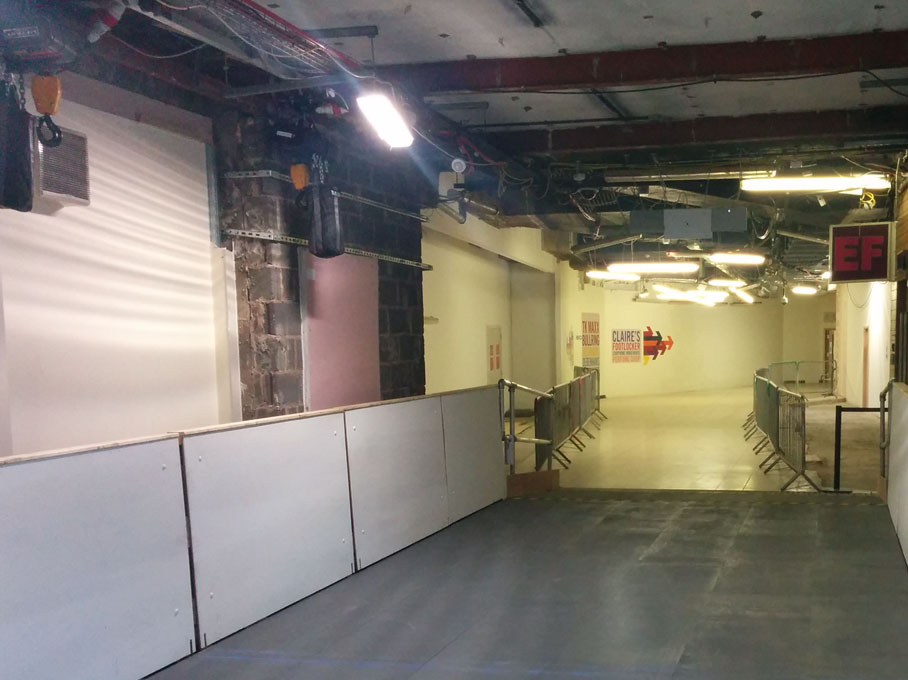