When Colin Harwood, temporary works co-ordinator for MACE Group, was looking for a solution which allowed construction workers at the Grand Central Shopping Centre in Birmingham to work on the ETFE Atrium, he took his inspiration from the theatrical world and called upon Unusual Rigging.

As the leading supplier of truss and rigging solutions in the entertainment industry, Unusual Rigging has been building and installing temporary working platforms in theatres for years, allowing the show to go on while works take place overhead.

The work on the Atrium's internal finishes form part of the Gateway Plus project - a redevelopment scheme to regenerate Birmingham New Street station, headed by MACE Group for Network Rail. Having installed the Atrium's steel structure, and demolished two levels of the existing building (8000 tonnes of concrete over a live railway), the construction workers needed access to the Atrium roof to install the finishes in accordance with the architectural ambitions of the project. Colin was keen to look beyond traditional scaffolding methods, and so contacted Unusual  Rigging.

Following several meetings with MACE last autumn, the Major Projects Team at Unusual, came up with a solution. Mark Priestley, senior project manager explained: “We designed two 40m long x 8m wide platforms. With a truss framework, aluminium joists and a plywood top, each platform was built at our headquarters in Northampton and taken to Birmingham, where each one took ten days to install.”

Colin added: "Traditionally, Atriums are installed 'top down' and from a birdcage scaffold. The planner for the Atrium had estimated that a scaffold providing the same platform area at the level required would have taken 10 weeks for installation and dismantling - so Unusual's solution was extremely time efficient. The platform level also needed to be at different heights for different trades, so a lightweight platform with motorised hoists gave a further benefit in comparison to the traditional scaffolding systems."

The use of aluminium truss on a construction site is not widespread. Known for being lightweight, strong and quick to assemble using proprietary socket and pin connections, it is also much more easily damaged than traditional steel scaffolding but, as Colin explained, the benefits far outweighed the disadvantages on this project. "Lightweight is the key word for us. By not having legs supported off the concourse floor level, it enabled concurrent activity of flooring below the platform.  The biggest challenge on this job has always been programme certainty. There are many skilled trades involved who can give an indication of timescales to carry out their work. Unusual Rigging's time estimates for the installation of the Atrium platforms were accurate, which enabled the follow on trades to be able to plan their deliveries and installation sequences effectively."

While this method of working at height has been used in theatres for some time, Colin is keen to point out the cross over between the two industries. "In the theatrical world, it's imperative that any refurbishment works do not impact on the production taking place at the time - as they say, the show must go on. But the same applies in the construction industry. When you're working at height, whether the platform is in a theatre, hung from a bridge or in a railway station, the engineering principles are the same - after all, gravity only works in one direction. The Unusual system has many advantages, time being the greatest. On previous rail projects, the window of opportunity to do any work is when the trains stop running on a Saturday night. Bridges are generally to be replaced within 52 hours so rapid installation of a temporary walkway or platform could be vital for a successful delivery.

Colin concluded: "Network Rail has many stations up and down the country where roofs are to be cleaned, maintained or glazing is to be replaced. A system similar to the one adopted at Birmingham New Street Station could just as easily be used if the structure is strong enough." 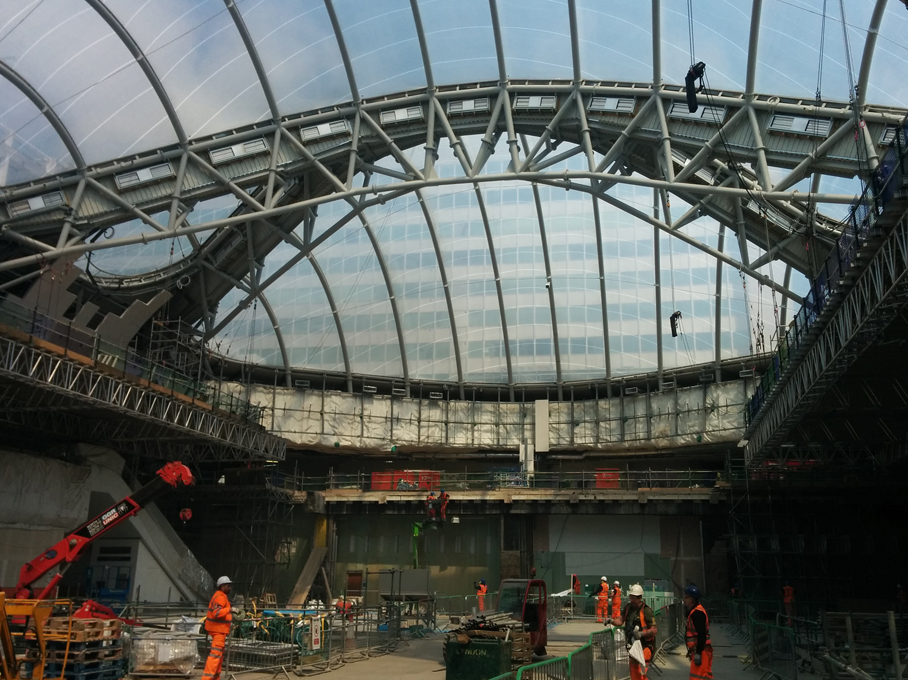 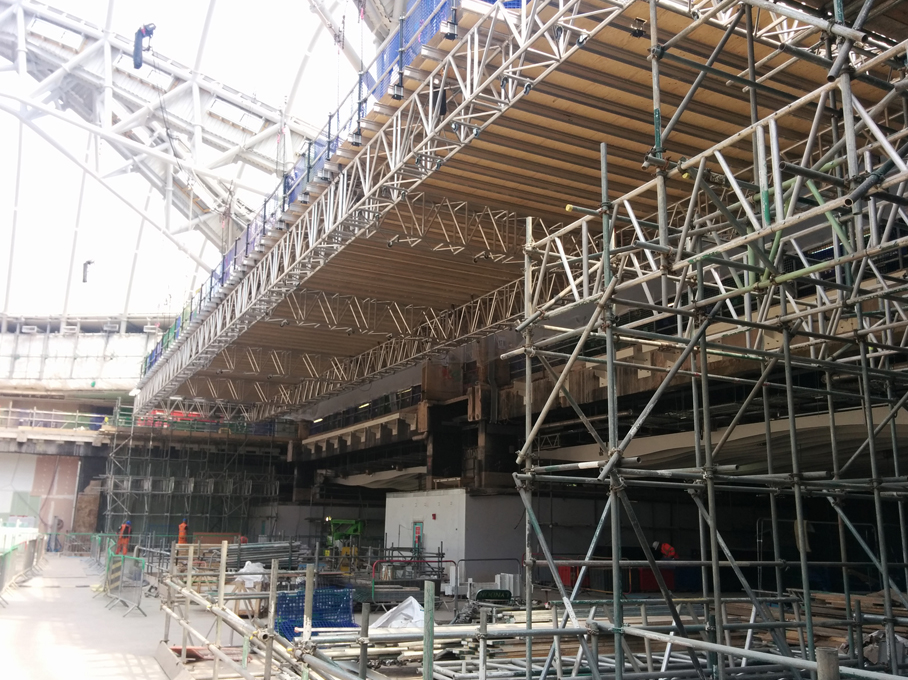